Diplomatic breakthroughs between Israel and Gulf monarchies have revealed fissures in the relationship between Palestine and Arab governments – and raised questions over whether they can still be relied on to champion the Palestinian cause.

For years, Israel has vigorously pursued ties with the Arab world, focusing on powerful Gulf countries with whom it shares a common enemy in Iran and who crave its hi-tech security and espionage products.

Those efforts bore fruit when, last week, Bahrain and the United Arab Emirates signed accords with Israel at a White House ceremony to establish an open business and diplomatic relationship.

While not truly a peace deal since the three countries have never been at war and have long had low-profile exchanges, the public ties smashed apart widespread isolation of Israel in the region – a decades-old policy the Palestinian leadership saw as vital leverage in its struggle for independence.

“We definitely feel betrayed,” said senior Palestinian politician Saeb Erekat, condemning the deals as a “tremendous encouragement for the Israeli government to continue their occupation”.

Under a 2002 Arab Peace Initiative, Arab nations declared Israel would only receive “normal” ties in return for a statehood deal with the Palestinians and an end to the occupation.

That longstanding policy had now been undercut, warned the Palestinian ambassador to the UK.

“Some argue that the ‘old ways’ have failed, that it is time to try something new. But as a matter of basic logic, it is clear that Israel will not end its occupation out of the kindness of its heart – after all, it has had plenty of opportunities,” Husam Zomlot wrote in the left-leaning Israeli newspaper Haaretz after the deals were signed.

“It might have done so given proper incentives, but these incentives are less now that the UAE and Bahrain have rewarded Israel for nothing.”

In the West Bank and Gaza, “the Abraham accords”, as they have been dubbed by Washington, did not come as a surprise, but still hurt.

“Relationships are based on pure interest. Nobody cares about the Palestinian issue,” said Shadi Abu Samra, a 35-year-old social worker from the city of Ramallah. “I am not at all astonished. It was expected one day. There have been relations for a long time between Israel and the Gulf states.”

Dalia Karazon, a mathematics teacher from the same city, said she understood that Gulf states wanted to build a front against Iran with Israel’s help and also to appease Trump, whose support base in the US includes vehemently pro-Israel evangelical Christians.

What frustrated her, however, was that the UAE and Bahrain claimed the accords would help the Palestinians. “They can do whatever they want, but they should not relate that to our interest, because our interest is to end the occupation and not reconcile with it.”

Arafat al-Daf, a 21-year-old student from Gaza, said the move simply added to Palestinian disappointment, “from ourselves, from the Arabs, from the world”.

Palestinian officials warn regional pressure is more critical now than it has been for years. Threats of further regional isolation, they say, helped dissuade Israel from going ahead this summer with its much-publicised plans to annex parts of the occupied West Bank. “The Arabs had a major role,” said one Palestinian official on condition of anonymity.

Under Israel’s deal with the UAE, it agreed to “suspend” annexation, but critics of the deal say that clause was only added as lip service to the Palestinian issue. Meanwhile, politicians in Israel argue the annexation plan is still a priority.

Allies of the Palestinian leadership are also concerned. Jordan, while being the only other country apart from Egypt to have signed a formal peace agreement with Israel following devastating wars, sees Arab world apathy as problematic. For Amman, whose population is mostly Palestinian, the fallout of annexation could be destabilising.

“We’ve heard countries say different things in different contexts. But Jordan’s responsibility is to say things as we see it, with all the responsibilities coming down the road,” Jordan’s prime minister, Omar Razzaz, said in an interview in July.

“Sometimes, it’s hard to say the truth as it is. And people want to avoid it at certain times, but our responsibility is to remind the region and the world that if we look the other way, this will come to haunt us.”

Meanwhile, Turkey’s president, Recep Tayyip Erdoğan has moved into what he sees as a moral vacuum, increasingly styling himself as the Palestinians’ lone international champion.

After Trump’s peace plan, a blueprint Israel is working from for its planned annexation, was published in January, Erdoğan said Turkey would never accept the proposals and accused the Arab Gulf nations of betraying the Palestinian cause.

“When we look at the stance of countries in the Muslim world toward this step and the announced text, I pity us. Saudi Arabia mostly, you are silent. When will you speak? The same goes for Oman, Bahrain, the Abu Dhabi leadership,” Erdoğan said in comments to members of his ruling party in Ankara. “Some Arab countries supporting such a plan are betraying Jerusalem, their own peoples and most of all, humanity.” 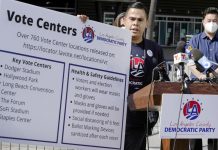 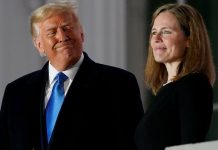 The US Supreme Court turns to the right

'This is war': opposition politicians in Poland take abortion protests to parliament – video 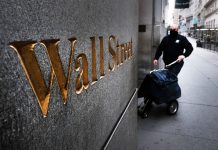 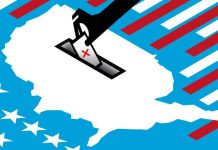 US global role at stake in this election 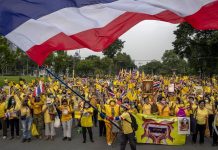 Looks like a ‘double top’ in the S&P 500, investor Mark Mobius warns