French tennis player Alize Cornet won hearts both on and off the court. She reached her maiden Grand Slam quarterfinals after overcoming former world no. 1 Simona Halep in a gruelling women’s singles fourth round match of the ongoing Australian Open at the Rod Laver Arena on Monday. The world no. 61 rallied past the two-time Grand Slam champion to win 6-4, 3-6, 6-4, also registering her first win over Halep. Cornet then gave the crowd at Melbourne Park another reason to feel proud of her. After her victory, she gave an emotional tribute to former player Jelena Dokic during a post-match interview.

The former Crotian ace’s career was marred by injuries, which forced her to take an early retirement from the sport at the age of 30 in 2014.

Cornet, who shared plenty of on-court and off-court moments with Dokic, lauded the 38-year-old former player on a fantastic career.

A video of the same was uploaded by Australian Open on their official Twitter handle.

No dry eyes in the house

This on-court interview between @alizecornet and Jelena Dokic is everything. #AusOpen #AO2022 pic.twitter.com/F3nN0XSHNX

“So, I just want to thank my box, first,” Cornet said.

“But also, I want to tell you [Dokic] something. How you moved on in your life, I think we can all congratulate you. Because you were an amazing player and now you are an amazing commentator,” said Cornet.

The fans at the Rod Laver Arena stood on their feet to applaud the gesture as both shared a hug.

An emotional Dokic then thanked Cornet for her kind words.

Cornet will now face American Danielle Collins for a place in the last four of the Australian Open on Wednesday. 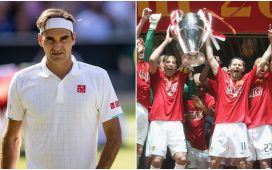 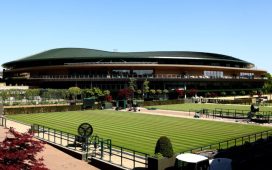 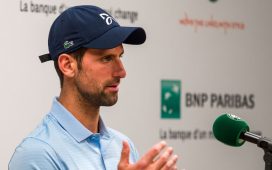 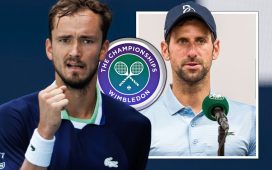 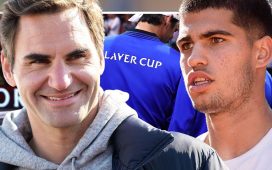 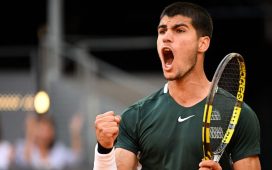