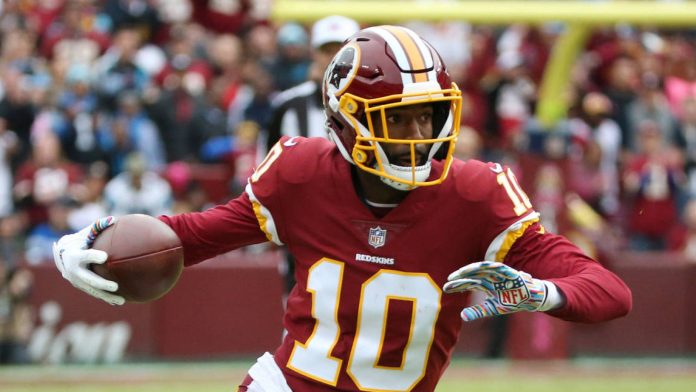 Having only played one game since November 3, Paul Richardson will not return to action until 2020. The Redskins placed the sixth-year wide receiver on injured reserve Saturday with a nagging hamstring issue.

Washington promoted tackle Timon Parris to take Richardson’s roster spot. The former Seahawks contract-year standout has been battling a hamstring injury. After getting in two limited practices this week, Richardson did not practice Friday. The Redskins declared both Richardson and fellow wideout Trey Quinn out for Week 15.

A 2018 free-agent signing, Richardson has not worked out like the franchise hoped. He will fail to exceed 300 receiving yards for the fifth time in six NFL seasons, having done so only during his 2017 Seattle contract year. This season, the deep threat averaged a career-low 8.8 yards per catch, hauling in 28 passes for 245 yards and two touchdowns.

The Redskins gave Richardson a five-year, $40M contract last March. Should Washington opt to move on from the 27-year-old target, the franchise would only save $2.5M while incurring $6M in dead money. Richardson is due a non-guaranteed $6M base salary in 2020.

[USA Today: Redskins Wire] – What will the Redskins decide to do with Ryan Kerrigan in 2020?