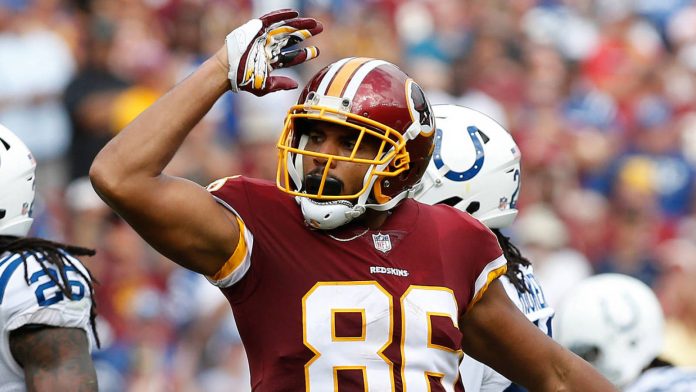 Jordan Reed‘s season has likely ended before it even began. ESPN’s Adam Schefter reports that the Redskins have placed the veteran tight end on the injured reserve. In a corresponding move, the team has promoted safety Jeremy Reaves from the practice squad, via Adam Caplan.

There was optimism that Reed would play a major role in the Redskins offense this season, but those plans were derailed when the tight end suffered yet another concussion during the preseason. This was the 29-year-old’s seventh documented concussion dating back to his collegiate days. Despite the consistent head trauma, (now former) head coach Jay Gruden previously said that he expected Reed to return to the field.

Injuries have forced Reed to miss 36 regular-season games during his six-plus years in the league. The former third-rounder showed a lot of promise during the 2015 campaign, hauling in 87 receptions for 952 yards and 11 touchdowns. He finished last year with 54 catches for 558 yards and two scores in 13 games (eight starts).

Vernon Davis sat out last week’s game as he recovered from a concussion. While he returned to practice this week, he isn’t expected to play versus the Dolphins on Sunday. This means the Redskins will continue rolling with the trio of Jerome Cunningham, Hale Hentges and Jeremy Sprinkle.

‘We evaluated our entire roster … we started making the moves’: Ron Rivera on the Redskins taking action

[USA Today: Redskins Wire] – Young and cheap talent could lead to major success for Redskins in near future