Wall Street finally catches up to reality — MM has been banging on for weeks about the risks of the Delta variant of Covid-19 and the impact of the fact that the U.S. remains only about 49 percent fully vaccinated, far short of what’s needed for herd immunity. The plain fact is many more unvaccinated people will die for no good reason and that will undoubtedly cut into consumer confidence at the same moment inflation is eroding wage gains.

So Monday’s stock market swoon came as no surprise. In fact, it arrived pretty bizarrely late. And it kept up overnight in Asia, via Reuters: “Asian stocks were down early on Tuesday as growing fears the spreading Delta variant of the coronavirus would harm the global economic recovery sent riskier assets, including oil, skidding sharply. …

Oh and infrastructure spending is still a mess — Via our Burgess Everett and Marianne LeVine: “Senate Republicans revolted … against opening debate on infrastructure while a bipartisan bill is still being written, lining up in opposition to a squeeze play by Majority Leader Chuck Schumer.

“Schumer and Senate Democrats need at least 10 Republicans to agree to advance a still-unwritten deal to spend nearly $600 billion on roads, bridges and broadband during a vote expected on Wednesday. But both Republican leaders and the GOP lawmakers working on the bipartisan infrastructure package carried the same warning for Schumer.”

Which means … Dems could just punt on the smaller bipartisan deal and dump the $600 billion or so into the unilateral reconciliation bill which can carry up to $3.5 trillion. But keeping every Democrat in line on that one (which is really what the White House and Schumer care about) is no certainty.

So to paint a picture … The Delta variant threatens the economic rebound; inflation is poised to force the Fed’s hand; and further fiscal stimulus remains in question (and could prove even more inflationary if it passes). The economy is still bouncing back. And all of this could work out fine. But it’s also kind of on a knife’s edge at the moment.

“Rep. Peter DeFazio (D-Ore.), who leads the House transportation committee, trashed the bipartisan GOP-negotiated measure in a fiery call with other Democrats, according to three sources on the call. The ‘whole thing falling apart is probably the best thing,’ DeFazio said on the call of the Senate talks, which have … Biden’s endorsement.. DeFazio’s frustrations were echoed by several other members on the call.”

DELTA CHANGES THE EQUATION — Mohamed A. El-Erian on Bloomberg Opinion: “The surge in the Covid-19 delta variant worldwide is raising concerns about the robustness of what has already been an uneven and uncertain global economic recovery …

“Let’s start with the two things that most people agree on: First, that the delta variant is much more infectious than earlier iterations; and second, that the link from infections to hospitalizations and deaths has fortunately been weakened … We also know that the risk of new variants will persist if the world continues with what has been a sequential and uncorrelated approach to fighting Covid”

NEW AT TREASURY — Via Raymond James’ Ed Mills: “[T]he Biden administration announced the nomination of Graham Steele to serve as Assistant Secretary for Financial Institutions at the Treasury Department, an impactful role that is the latest signal of a progressive policy shift across banking, asset management, and housing policy.

“Steele can be thought of as a strong progressive ally on financial regulation, and has advocated for aggressive use of a broad set of regulatory tools in order to curtail the size and market power of financial firms.”

“The S&P 500 fell 68.67, or 1.6 percent, to 4,258.49, after setting a record just a week earlier. In another sign of worry, the yield on the 10-year Treasury touched its lowest level in five months as investors scrambled for safer places to put their money.”

‘A LOT OF VERY YOUNG PEOPLE’ ARE GOING TO BUY THE DIP IN STOCKS — Bloomberg’s Vildana Hajric and Claire Ballentine: “Someday, the post-pandemic equities rally is going to end. When it does it will take a lot of newly christened stock bulls with it.

“Their refusal to bend has been the signature fact of the stock market for at least 12 months, putting a floor under four other selloffs in 2021 alone that look just like the one that has sheared almost 3 percent off the S&P 500 Index since Thursday. Whether the devotion of retail investors is enough to turn the tide again is the biggest question in markets right now.”

AS STABLECOINS EXPLODE IN POPULARITY, REGULATORS PREPARE A RESPONSE — NYT’s Jeanna Smialek: “Top U.S. financial regulators met on Monday to discuss stablecoins, asset-backed digital currencies that are exploding in popularity so quickly that the government is struggling to keep up — and which economic officials increasingly see as a risk to financial stability.

“Stablecoins are cryptocurrencies that derive their value from an underlying currency or basket of assets, and they have long been a point of unique concern. When news broke in 2018 and 2019 that Facebook was looking into creating a stablecoin, the Federal Reserve and other regulators took note, worried that the project could gain scale rapidly.”

Yellen is urging quick U.S. adoption of stablecoin rules — Reuters’ Pete Schroeder: “Treasury Secretary Janet Yellen told regulators Monday that the U.S. government must move quickly to establish a regulatory framework for stablecoins, a rapidly growing class of digital currencies. A group of U.S. regulators plans to issue recommendations in the coming months for fixing any regulatory gaps around stablecoins, the Treasury Department said in a statement.”

REGULATORS LOOK TO FIX FUNDS THAT BUCKLED IN LAST CRISES — WSJ’s Paul J. Davies: “The start of the Covid-19 pandemic led to a familiar wave of stress in money-market funds, which companies and consumers use like checking accounts to store their ready cash. The Federal Reserve had to step in to keep these funds operating. It was a dysfunction that wasn’t meant to happen. Several rounds of reforms globally had aimed to strengthen money-market funds after they buckled during the 2008 financial crisis.

“Now the Financial Stability Board, which brings together regulators from around the world, has proposed another round of changes in an attempt to minimize the likelihood that central banks ever have to step in and support markets.”

ROBINHOOD SEES VALUATION OF UP TO $35B — AP’s Michelle Chapman: “Robinhood, the online brokerage that found itself embroiled in this year’s meme stock phenomenon, will go public next week seeking a market valuation of up to $35 billion. The company said in a regulatory filing Monday that it hopes to price 55 million shares in its initial public offering in a range of $38 to $42 per share. It could raise about $2.3 billion if the shares are sold at the high end of the range. Robinhood is offering about 52.4 million shares.”

BIDEN SAYS INFLATION IS TEMPORARY — Reuters’ Steve Holland and Andrea Shalal: “U.S. President Joe Biden on Monday said an increase in prices was expected to be temporary, but his administration understood that unchecked inflation over the longer term would pose a “real challenge” to the economy and would remain vigilant. Biden said he told Federal Reserve Board Chair Jerome Powell recently that the Fed was independent and should take whatever steps it deems necessary to support a strong, durable recovery.”

OFFICIAL ARBITER SAYS COVID RECESSION ENDED IN APRIL 2020 — WSJ’s Hannah Lang and Bryan Mena: “The U.S. officially climbed out of a recession in April 2020, concluding a pandemic-driven economic contraction that lasted two months, making it the shortest on record.

“The announcement Monday from the National Bureau of Economic Research also marks April as the official start of the economic recovery from the initial shock of the coronavirus pandemic last spring, which triggered widespread business and school closures, a steep drop in demand for services and record job losses.” 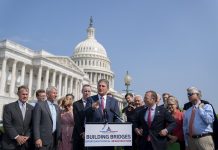 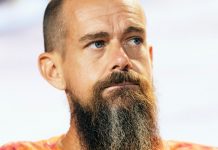 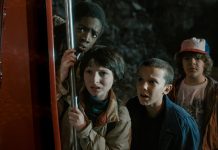 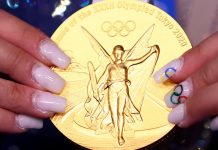 What is An Olympic Gold Medal Actually Worth? 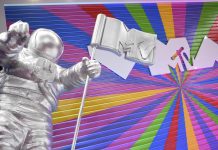 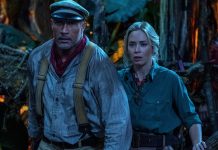 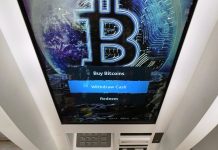 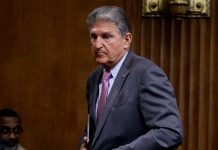