Wait, Is This a Beloved Christmas Movie, or Depressing Oscar Bait?


“When We Finally Kiss Good Night”

After her father falls off of a ladder while stringing Christmas lights, driven New York City career woman Lindsay Lohan is forced to play nursemaid and spend the holidays in the picturesque New England village that she thought she’d left behind. Will she reconnect with dad Jim Belushi, a crusty former high-school football coach? And will she find a love match with local newspaper editor Patrick Dempsey? He’s a handsome widower, naturally—who just happens to be preparing a special report on her dad’s decades-long history of hushed-up locker-room sexual assaults! Based on the Pulitzer Prize-winning investigative romance novel.

“Let Nothing You Dismay”

When Mrs. Claus misplaces Santa’s naughty-or-nice list, and then burns her famous “magicalicious” gingersnaps, it’s clear even to the reindeer that she’s suffering from early-onset dementia. Olivia Colman gives a devastating portrayal of a mythical character coming to terms with the loss of self while trying to convince her emotionally straitjacketed partner (Anthony Hopkins) to stop using his job of bringing toys to every girl and boy as an excuse to ignore the looming changes in both of their lives.

It’s Christmas Eve in Louisiana . . . in 1864. Will Smith is a fugitive from a sugar plantation, desperate to make his way across Union lines. In the dead of a moonless night, lost in a bayou, with slave trackers in hot pursuit, all hope seems lost. Who will light the way to freedom? You guessed it! Co-starring Ryan Reynolds as the voice of Rudolph.

“He Sees You When You’re Sleeping”

“And Since We’ve No Place to Go”

Tech mogul and single dad Ashton Kutcher hates Christmas. But when he drops off his precocious six-year-old daughter at ex-wife Kristen Bell’s cozy family cabin for the holidays, a sudden storm strands them all. Will seven days in a snowbound winter wonderland rekindle his love for his former wife—and for Christmas? Maybe! But it could be tough sledding for romance with three-time Oscar winner Frances McDormand hanging around for no particular reason, angry about something, pursing her lips all the time, and using a big plastic bucket as a toilet.

“That Glorious Song of Old”

It’s 1940, and all nine-year-old Ralphie wants for Christmas is a Red Ryder Carbine Action 200-Shot Range Model air rifle. Unfortunately, his name is actually Henri, he lives in Vichy France, his parents are Nazi sympathizers, and this movie is really about French complicity in the Holocaust. A nostalgic look back at “the guiltiest Christmas ever.” P.S. Yep, that’s popular French actor Jean Dujardin hiding behind bushy, white facial hair in the classic scene where Henri sits on the lap of a department-store Marshal Pétain. ♦ 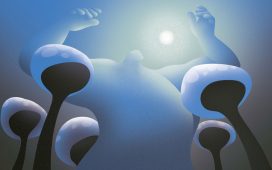 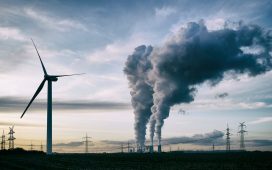 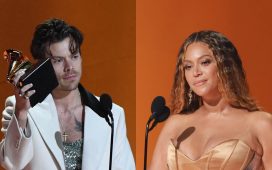 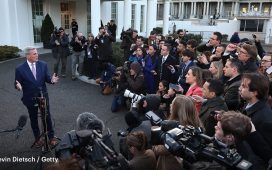 The New G.O.P. Takes the Country Hostage with the Debt Ceiling 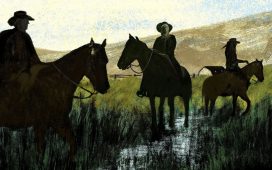 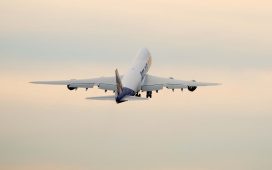 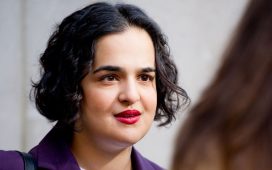 A British MP Delivered a Stunning Pro-Trans Speech to Parliament