Just 11 days into the EU’s top job, Ursula von der Leyen is laying her cards on the table on her most high-profile policy initiative.

The European Commission president will on Wednesday unveil in the European Parliament her plan for the European Green Deal, aiming at making Europe the first climate-neutral continent by 2050.

She should gear up for a fight.

The Green Deal is expected to include a climate law committing the bloc to achieving net-zero emissions by 2050 and a plan to up the bloc’s mid-term climate targets for 2030; a carbon border mechanism to make importers pay more for polluting products; a financing mechanism of up to €100 billion to pay for the transition; and initiatives spanning agriculture, transport, energy, chemicals, construction and more.

Von der Leyen’s announcement will take place a day before EU leaders gather for a European Council summit to discuss the 2050 climate-neutrality goal. In a preview of the political battles ahead, three countries — Poland, the Czech Republic and Hungary — still have to agree on that broad target, advancing demands for more financial support from Brussels.

“Given the very different starting positions, reaching climate neutrality will require more investments for some Member States … we have to be sure that the incentives and the enabling framework to be put in place, especially adequate funding, are provided to cover the costs of such a transition,” Czech Prime Minister Andrej Babiš this month wrote to von der Leyen and European Council President Charles Michel, in a letter seen by POLITICO.

Von der Leyen and Frans Timmermans, the Commission’s executive vice president in charge of the Green Deal, will defend the plan in front of European lawmakers at a special plenary session Wednesday.

Getting the Parliament on board will be easier than for some EU countries that perceive the new green ambitions from Brussels as too expensive and hard to swallow. The Parliament’s major groups already backed the principle of a climate-neutral continent as the basis for Europe to be a role model in the fight against climate change.

Pupils carry a banner reading “There’s no planet B” during the “Fridays for Future” protest against coal and for climate protection, on January 25, 2019 in Berlin | Odd Andersen/AFP via Getty Images

But political fights are likely to arise when the Commission comes up with milestone targets for how to get there, the details of financing and actual legislative proposals — particularly around the EU’s Emissions Trading System, the bloc’s flagship carbon market, and the Common Agricultural Policy.

“We know that if von der Leyen is serious about the Green Deal, she will not have 100 percent of the EPP, 100 percent of socialists and 100 percent of the liberals on board,” Philippe Lamberts, the co-leader of the Greens said, referring to the conservative European People’s Party and the other biggest groups in Parliament.

“We will have a catalog of good intentions […],” Lamberts added. “What we need to see is what concrete legislative proposals we get out of the Commission in the next month, in the next two months, three months, four months and so on and so forth.”

Von der Leyen’s decision to present the centerpiece of her policy program firsthand to the Parliament is an unusual step for a Commission president. It shows an effort by the German politician to involve the Parliament in the Commission’s policy-building. It is also a way to signal to MEPs that their approval is crucial to its implementation.

The Commission generally introduces its policy proposals to the press and in the Commission’s premises.

Pulling in opposite directions

When it comes to the most controversial plan to increase the EU’s emission reduction target — from the current goal of a 40 percent cut by 2030 to 50 percent, or even 55 percent — even a parliamentary majority could be difficult to win.

“It must be cost-efficient and to really have an effect, it must be aligned with other major economies” — Peter Liese, EPP spokesperson on climate issues

The S&D and Renew Europe support a 55 percent goal. But the Greens and the far-left GUE have called for even more ambitious targets, deeming that one underwhelming. The Greens target a reduction of 65 percent by 2030 and GUE even higher.

“The goal of a 55 percent CO2 reduction by 2030 is the minimum for us,” Iratxe Garcia, the leader of the S&D, said from Madrid, where she was participating in the ongoing COP25 climate summit. “We hope we can move even faster towards a carbon-neutral society, hopefully even before 2050, but appropriate measures to accompany the social impact must be put in place.”

At the opposite end of the spectrum, groups including the conservative EPP fear a 55 percent target would be too far-reaching and could undermine economic growth and threaten jobs.

“I think von der Leyen has a right balance, including when it comes to the target,” said Peter Liese, the EPP’s spokesperson on climate issues. But “we are not in favor of going to 55 percent without any condition,” he continued. “It will be very ambitious and maybe we will lose jobs when we do it too fast and that’s why we can only do it after a careful analysis.”

“It must be cost-efficient and to really have an effect, it must be aligned with other major economies,” Liese said.

Legislative reforms including to the Emissions Trading System and Common Agricultural Policy are set to affect major industries, meaning von der Leyen could have trouble getting clear support from a pro-European majority, particularly from her own EPP camp.

A bucket wheel excavator operates to dig brown coal at the Garzweiler lignite opencast mine in Jackerath, Germany on January 25, 2019 | Federico Gambarini/AFP via Getty Images

“We are prepared to provide the votes that will be missing,” the Greens’ Lamberts said. “But of course, the condition will be ambition and policy commitments.”

The Emissions Trading System encouraged companies to pollute less by establishing a market for carbon by capping the amount of allowed emissions and slapping a price on them, currently hovering around €25 per ton of emitted carbon dioxide and set to rise. Von der Leyen is set to propose extending this to the shipping and aviation sectors, currently largely untouched by this cap-and-trade mechanism.

“The ETS reform will probably be tough piece,” Canfin said. “Because it will be very difficult for some industries … to accept tougher rules if they don’t have the feeling that it is fair.”

Another thorny issue will be a carbon border tax, supported by countries including France and Germany to protect EU companies forced to comply with tough greenhouse gas rules, but on which the European Commission will have to tread carefully with global trade rules.

The Commission must also address the Common Agricultural Policy and whether its current functioning is aligned with the targets set by the Paris Agreement of limiting global warming to well below 2 degrees Celsius.

Though pro-European groups are increasingly aligned on climate issues, a sample of the political divisions was on full display last month when Parliament approved a resolution declaring a climate and environmental emergency ahead of the U.N.’s COP25 conference.

The text was approved by 429 votes in favor to 225 against, with 19 abstentions. The EPP tabled a rival motion calling for Europe to declare climate “urgency” instead of an “emergency.”

Related stories on these topics: 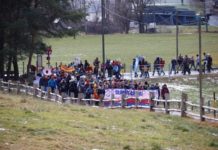 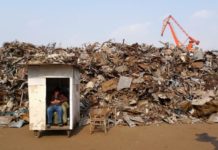 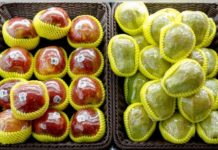 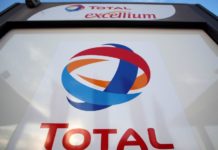 Qatar to build solar power plant with Total and Marubeni 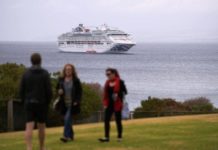 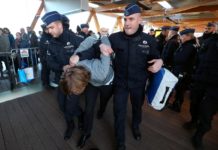 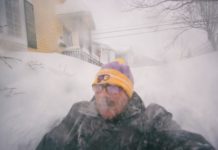 Canada's government to help Newfoundland dig out after massive blizzard 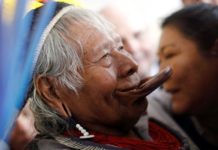 Brazilian tribes back manifesto to save Amazon habitat from Bolsonaro 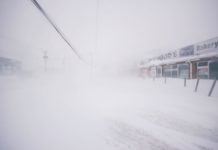