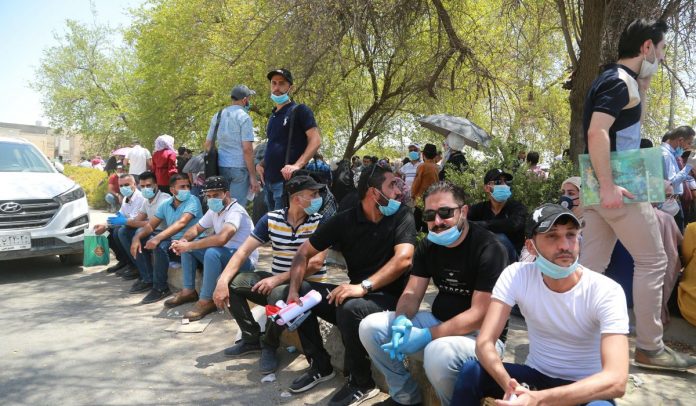 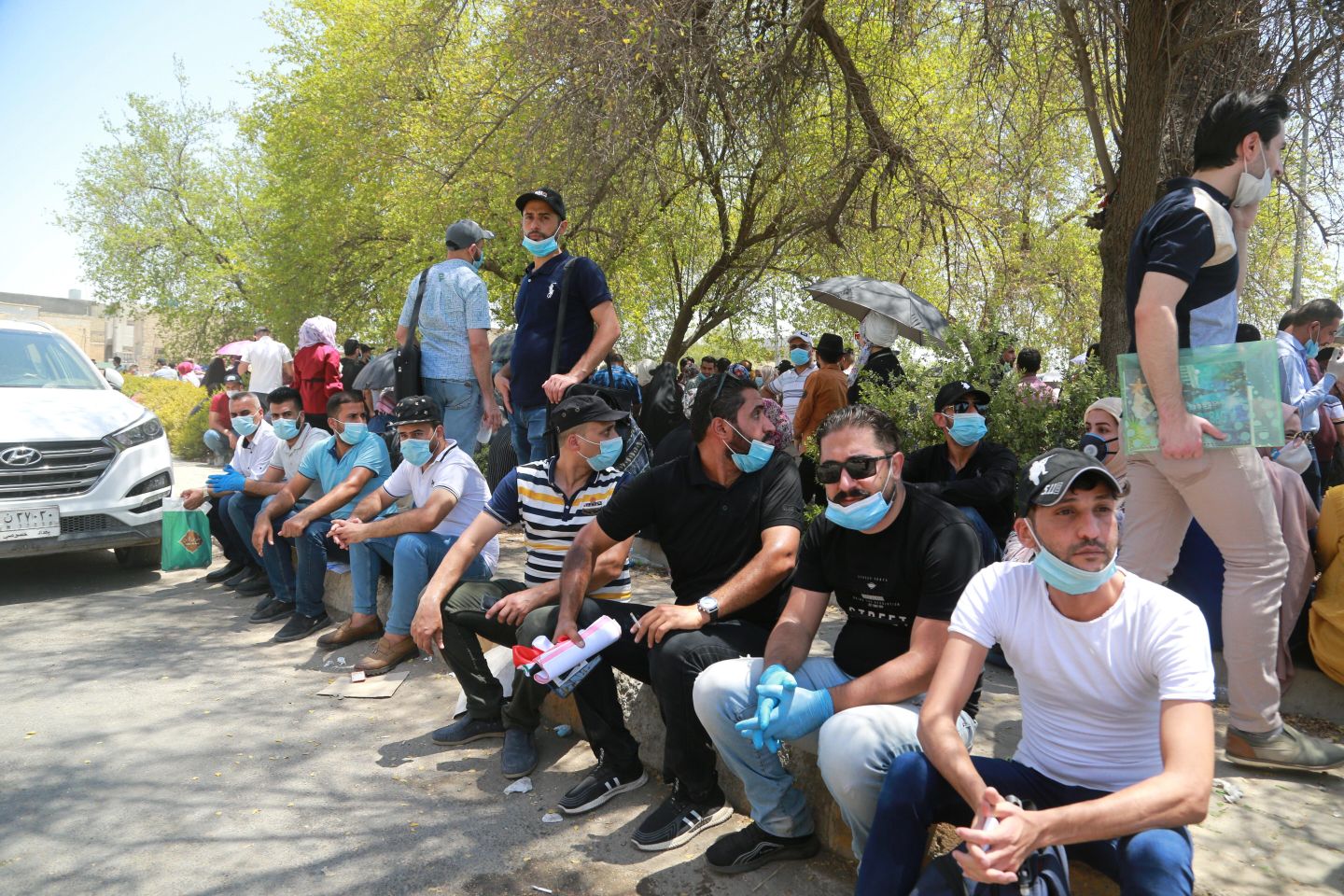 BAGHDAD (AP) – At 24, Sama al-Diwani and her college sweetheart had big dreams.

He was working on opening a bakery in Iraq. She was preparing to leave to England, where she would spend a year working on her masters’ degree in pharmacy. After that, they would reunite, get married and start a family.

Those dreams came to a screeching halt with the outbreak of the coronavirus, as countries shut down, economies buckled and global chaos followed. Her university admission is now on hold, the bakery project has fallen behind schedule, her family’s income has gone down by 40% and she frets about losing her job at a local pharmacy.

Al-Diwani and Athir Assem, 26, are among millions of young people in the Middle East whose pursuit of jobs or plans for higher education and marriage have been upended by the pandemic, plunging them into the kind of deep uncertainty and despair they had hoped to leave behind.

Such turmoil is universal in the wake of the pandemic, but the despair is particularly pronounced in the Middle East, where wave after wave of war, displacement and disease has left this generation feeling bitter and hopeless. While in the West, many who have become unemployed believe they will eventually get their jobs back or somehow recover from the recession, the pandemic in some Arab countries was the final blow to economies now on the cusp of complete collapse.

The strains are also made harder because, in the Arab world, lives for young adults tend to be more scripted than for their counterparts in the West. Cultural expectations put more pressure on males to earn enough so they can move out, marry and provide for families.

“For many young people, seeing economies crumble the way that they are and seeing their prospects vanish before their eyes … it’s undoubtedly going to be taking a huge toll on mental health and well-being,” said Tariq Haq, a Beirut-based senior employment specialist with the U.N. labor agency.

Even before the pandemic, in 2019 youth employment in the Arab region was estimated at 26.4%, compared to a global rate of 13.6%, according to estimates by the International Labor Organization. While it is too early for post-COVID-19 estimates, early data indicates that over 70% of young people in the region are in informal employment, 40% of whom are working in those sectors hardest hit by the pandemic.

Across Iraq, Lebanon and Syria, an unprecedented economic meltdown is underway, threatening to push the region at the heart of the Arab world into extreme poverty and renewed unrest. Lebanon and Syria’s currencies have crashed and hyperinflation is setting in. In Iraq, where more than 60% of the population is under 25, a dramatic collapse in oil revenues has depleted the budget. About half of university graduates cannot find employment opportunities in the public or private sectors since 2018.

In Iraq and Lebanon, anger over corruption, lack of basic services and rulers who have failed to create jobs or improvements to the lives of young people last year brought people to the streets in unprecedented nationwide protests that later fizzled out without amounting to anything.

Millions of young are looking to leave – only now there will be few takers in the West, where anti-immigration sentiment is rising and local economies are struggling.

Wissam al-Sheikh, 30, recently lost his job as manager at a clothes store in downtown Beirut after the owner decided to close at the end of last year. That job provided vital income for his family of six, consisting of his parents and his three siblings, only one of whom is working.

This week, he and his friends watched with envy as European leaders clinched a deal for an unprecedented 1.8 trillion-euro ($2.1 trillion) recovery fund for their pandemic-ravaged economies.

“Here, they tell us to go plant in our gardens so we can eat,” said Amjad Ramadan, a part-time salesperson. He was referring to calls by Hezbollah leader Hassan Nasrallah and other politicians to turn to home planting as a way to sustain families during the crisis.

Al-Sheikh recently broke up with his fiancée, partly due to economic pressure, and scoffs at the idea of marriage or investing further in Lebanon, where he says insecurity is “the norm.”

“They (politicians) have destroyed the future of every young person here,” he said. “I’m just waiting for the first opportunity to get out of here.”

A U.N. report this week expected some Arab economies to shrink by up to 13% this year, compounding the suffering of those affected by armed conflict. Another 14.3 million people are expected to be pushed into poverty, raising the total number to 115 million – a quarter of the total Arab population.

Al-Diwani, the Iraqi pharmacist, has lived with war and instability all her life. She was in second grade in 2003 when dictator Saddam Hussein was toppled by invading U.S. troops and Iraq was plunged into years of sectarian blood-letting, and car bombings became a daily routine.

“I used to stay up at night, terrified especially without electricity,” she said.

Her more recent years were marked by the terror sowed by the Islamic State group, which seized nearly a third of the country in 2014.

In 2017, she met Assem at the University of Baghdad, where she was studying pharmacy. They fell in love and for a while the world seemed a better place.

They made plans together. She began working at a pharmacy in Baghdad but wanted to pursue her studies abroad and he was happy for her to fulfill her ambitions. She was accepted at the University of Huddersfield in West Yorkshire, England, for a post-graduate degree. Her parents were supportive and helped provide a budget for her travels, which she added to from money she made from her work.

“It was my dream to finish studying and get married to the man I love,” she said.

She began preparing her paperwork and visa application. The last thing she was supposed to do was translate her bachelor’s degree from Arabic to English to send it to the university.

Then the coronavirus hit and all those dreams evaporated.

The university froze her acceptance, and she worries about losing her place and never feeling safe enough to travel again. Assem estimates his losses from delays in implementing the bakery project, which was supposed to open in May, at around $10,000.

Working at the pharmacy in Baghdad’s Karrada district, al-Diwani encounters people suspected of being infected with the virus every day. She returns home scared and anxious that she might be carrying the infection back to her family.

“Corona destroyed me and my dreams and future in a very unexpected way,” she said. “Now the future is unknown, and I cannot think how we can come back from this.” 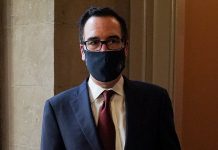 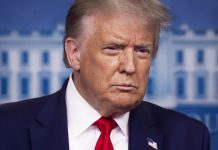 Britain’s New Record: A Recession Worse Than in Europe and North America 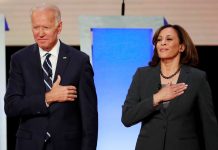 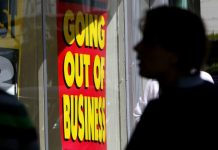 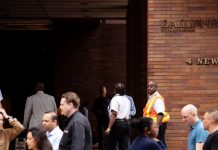 The Daily News Is Now a Newspaper Without a Newsroom 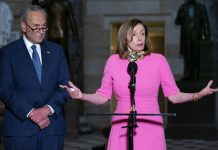 No sign of stimulus deal in sight as Pelosi says Dems, White House are 'miles apart'

Hungary to buy air defense missiles from US for $1 billion