Ridden by Leandro Goncalves, Downtowner was sent off the 9-5 favorite and won easily by 10 1/4 lengths.

Arnett is the son of the late Bob E. Arnett, who also trained in the Midwest and Southwest and compiled 2,431 career victories before retiring in 2014.

Arnett has trained a number of stakes winners, including City Sage, who earned $315,006 for him, and Shock Hazard, a three-time stakes winner at Prairie Meadows. 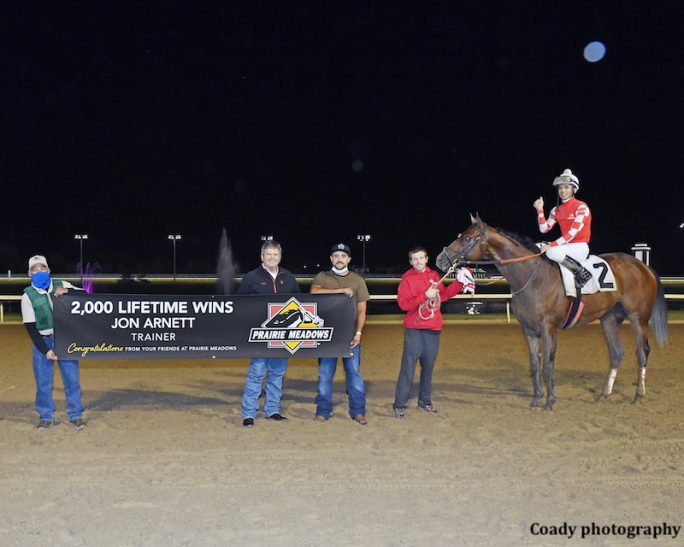 Downtowner, win No. 2,000 for Jon Arnett, in the Prairie Meadows winner’s circle

PR Special Fasig-Tipton October: How Do They Set Those Stud Fees?

‘A Good Problem To Have’: Attard Debating Between Two Breeders’ Cup Races For Starship Jubilee

Maryland Could Crack Down On Clenbuterol Administration, Eliminating Any Threshold On Race Day

Labor Shortage Could Be The Next Big Challenge For Racing, Industry Experts Say