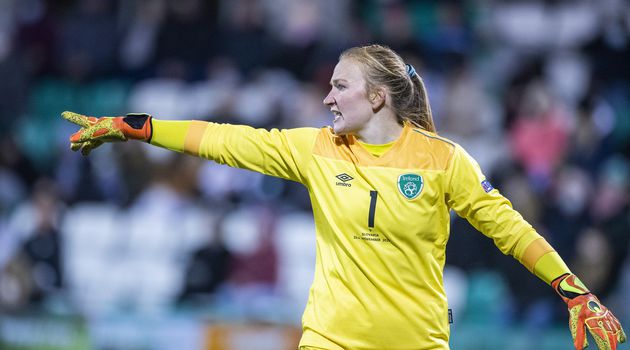 For proof that goalkeeping is the most fickle and cruelest of pursuits, see Courtney Brosnan.

The pressure on Republic of Ireland manager Vera Pauw, along with specialist coach Jan Willem van Ede, to embrace visual evidence and mounting statistical facts about the New Jersey native had to be very real, until the 26-year-old’s end-of-conversation performance in Gothenburg last April.

Before this flag-planting result at the Gamla Ullevi stadium, Brosnan’s form swung wildly, in most games, from spectacular saves to fumbling basic efforts on the Irish nets.

Nobody wants to remember Kyiv in 2020, and an ugly own goal by Aine O’Gorman when Brosnan was at fault, but the defeat ruined any chance of Pauw’s side featuring at this summer’s European Championships in England.

At least there is a happy ending. Brosnan swallowed more criticism in September 2021 after making a pig’s ear of Mary Fowler’s speculative shot but the clamour to promote one from English-born pair Grace Moloney and Megan Walsh was washed away by victory over Australia.

Pauw’s faith in Brosnan was temporarily restored during the narrow defeat to Sweden at Tallaght Stadium before a famous night in Helsinki. Both sides identified her as a potential weakness, but she gobbled up the bread-and-butter scenarios before a late save of Emma Koivisto’s diving header that might well alter the direction of women’s football in Ireland.

Still, it was a curious call for Pauw to stick with the Everton reserve when Moloney and Walsh both start regularly in the Women’s Super League for Reading and Brighton.

Add in two more happenings, Brosnan’s latest error with the ball at her feet almost gifting Slovakia a winner before Walsh’s outstanding debut against Russia last February, and change by the ever-logical Pauw seemed inevitable.

That is not how the Dutch overseers viewed it. Their trust in Brosnan – who played more minutes for Ireland than Everton last season – was repaid in Gothenburg when she denied two of the best attackers in the world, Fridolina Rolfo of Barcelona and Manchester City’s Filippa Angeldal, as the former Syracuse Orange proved the difference between drawing and losing.

The evolvement of a goalkeeper in her mid-20s, from respectable professional to authoritative figure operating at the zenith of international football, was a topic pursued as diligently as possible over Zoom. Brosnan, speaking from Ireland’s training base in Turkey ahead of Monday’s World Cup qualifier in Georgia, politely spoiled any hope of a dramatic quote.

“If you have been playing for a while you have this inner belief in yourself,” she said. “You know what you are capable of and what you can do, but obviously it is nice to put in performances that prove that as well.”

That’s the revelation. Nobody knew with any certainty that Brosnan could perform so far beyond capable while facing Sweden on their own patch.

“It is all just building blocks, moving in the right direction and saying: ‘You have tools and capabilities to be here.’ That is reassuring and nice to see.”

Drawing away to the country ranked number two by Fifa provided all the evidence the Irish public needed to believe in Pauw’s selection policy of a team on the cusp of reaching a World Cup play-off.

“As an athlete I don’t think you need to look for concrete evidence all the time,” Brosnan explained. “I think you have to create that within yourself, and have that desire and inner belief no matter what may be happening around you. It is nice to have some evidence but I wouldn’t say it is necessary for me to believe in myself.” 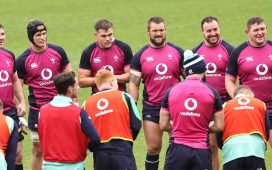