Jaws hit the floor during Part 1 of the ‘Vanderpump Rules’ reunion on June 2, when Max Boyens revealed a secret hookup he engaged in with another series regular.

Nearly the entire cast of Vanderpump Rules gasped during Part 1 of the reunion on June 2, when Max Boyens revealed that on top of getting in bed with both Scheana Shay and Dayna Kathan (separately, of course), he also hooked up with Kristen Doute. And Kristen seemed super proud of their time between the sheets because she quickly clarified that they not only hooked up once, but twice.

A majority of the cast thought the reveal was hilarious, but Stassi Schroeder was more mad than anything else. “When you were you single, Kristen?” Stassi asked, demanding to know when these hookups happened. Stassi then turned to fiance Beau and said, “She pretended to be friends with Dayna.”

She then turned to the camera and told Andy Cohen, “I’m f***ing shook right now because I thought that Dayna and Kristen were friends, and this is f***ing weird, and I thought that Kristen ‘has been in a relationship’ the whole time. When were you single, Kristen?”

“It was a while ago,” Max said, before Kristen added, “This was in the fall,” thinking that’d make it alright, but it didn’t. “And you’ve been friends with Dayna,” Stassi clapped back. Kristen claimed she didn’t know that Max and Dayna were dating again when she and he hooked up, but Stassi called BS on that one because they “were friends”, so Kristen had to have known.

Dayna said she was “disgusted” by what she just learned. Especially because she thought that she and Kristen were “friends” and “talked so many times”, yet their hookup “never came up” in conversation. Kristen told Dayna that she “didn’t know” her “that well” last summer, but when producers showed footage of them hugging and acting chummy with each other at various parties, Kristen looked like a liar.

“I have been truly shaken up by this — I’m sorry, Kristen, I feel like this is just so f***ing on brand for you to act like you’re so close to Dayna and then go and f*** the dude that she’s talking about. You are shady, you were born shady … and you have no remorse. And that’s what makes you insane,” Stassi yelled.

Sadly, Kristen didn’t think she did anything wrong — even after Stassi and her co-stars ripped her apart for hooking up with Max.

In other reunion news, Jax Taylor and Tom Sandoval‘s friendship-ending feud was dissected, but when Tom threw shade at Jax for ruining his own relationship with his mom, things got so much worse between them. And that happened after Charli and Scheana accused Jax of bullying the new SUR employees. Let’s just say Kristen and Jax didn’t look too good during Part 1 of the reunion special. 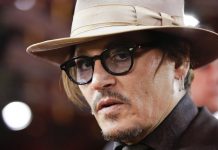 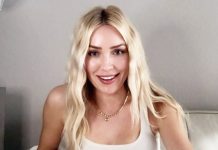 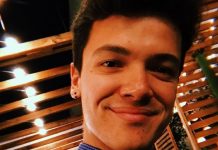 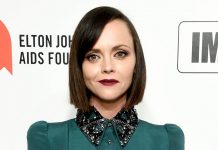 Kristian Alfonso Is Leaving ‘Days of Our Lives’ After 37 Years 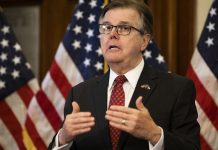 Nick Cordero’s GoFundMe Raises More Than $860K for His Family