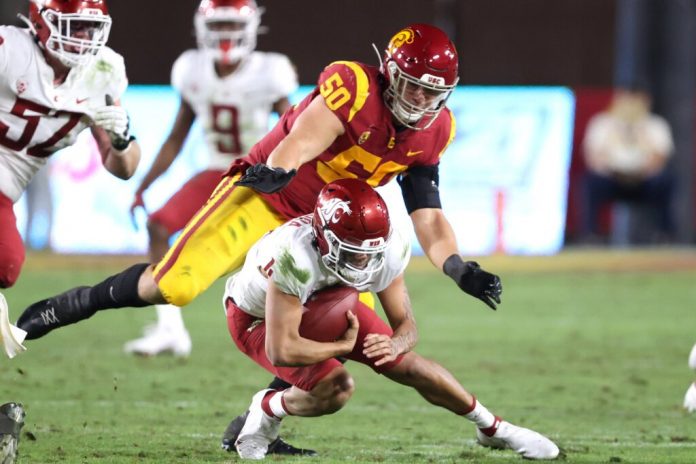 The Trojans’ defensive coaching staff remains intact from 2020, but several key figures from the personnel side of things are gone. Star safety and Pac-12 Defensive Player of the Year Talanoa Hufanga is preparing for the NFL Draft, as are first-team All-Pac-12 defensive lineman Marlon Tuipulotu and starting cornerback Olaijah Griffin.

But those losses were met with the addition of the Class of 2021’s No. 1 prospect, five-star defensive lineman Korey Foreman, along with several other blue-chip defensive prospects, such as four-star linebacker Raesjon Davis and four-star corner Ceyair Wright.

So it’s shaping up to be an interesting season for Orlando and his charges. The bones of a solid defense are in place. Standouts like linebacker Drake Jackson and Chris Steele, who were both All-Pac-12 selections in 2020, return as…