All his teammates were exhausted, sat around the edge of the field, stretching and sweating after a hard practice session in the height of summer, but Weston McKennie still had energy to burn.

The United States men’s national soccer team were using the Cleveland Browns’ training facility during the 2019 Gold Cup, and the young midfielder decided to entertain his colleagues – and anyone else in eyeshot – by turning his hand to the sport of their NFL hosts.

Passes were flung 50, 60 yards, with perfect spirals and textbook quarterback technique, from left to right, right to left. Increasing the difficulty level, McKennie would run in one direction and fire the ball back the other way. Next up: 50-yard field goals, no problem.

“You’re looking at him and thinking, ‘This guy could easily have been an NFL athlete,’” says USMNT manager Gregg Berhalter, recalling the scene. “He’s an unbelievable athlete. He’s messing around with the ball and the Cleveland guys from the Browns were there watching him as well. They were like, ‘Oh my God, this is amazing.’”

In the eyes of his coaches and teammates, those minutes of post-practice exertion exemplified McKennie – the athletic talent, the boundless energy, the natural inclination to entertain and the work ethic that combined to earn a dream move to Juventus, where he plays on loan from Schalke, at the age of 22.

It was by a quirk of fate that the athletic gifts McKennie possesses came to be applied to football. When he was six, his father, John, a staff sergeant in the army, was due for a PCS – permanent change of station. One option considered was Alaska, but the family instead decided on Germany, and the Ramstein Air Base, around 10 miles outside Kaiserslautern. It was upon arriving there that McKennie was first introduced to football.

He was taken to the local club, FC Phönix Otterbach, by his mother, Tina, who was looking for another activity to supplement the organised tag American football her active infant played on the base. He scored eight goals in his first game and was quickly moved up to play alongside the club’s eight-year-olds.

Knowing little about the sport he found himself excelling in, it wasn’t until the USMNT came to town, for a friendly against Poland in Kaiserslautern in 2006, that the 7-year-old McKennie’s eyes were opened to the world of possibilities football presented him. He met the stars of Bruce Arena’s team, had his boots signed by Landon Donovan, and resolved to someday play for the USA.

After three years in Germany, McKennie and his family returned to the States, his soccer obsession surviving the journey back across the Atlantic. He soon joined FC Dallas, blossoming into one of the country’s finest box-to-box midfielders, earning regular US youth call-ups and helping the MLS club win the Soccer Development Academy national championship in 2015.

McKennie rose through the US youth ranks, quickly. At under-19 level, coach Brad Friedel was so impressed that he pushed the then-18-year-old Dallas standout on to the under-20s.

“My first impression was he’s a player that has this endless energy in the middle of the field,” says Tab Ramos, the US under-20s coach at the time. “He’s a very powerful player. He’s a relentless worker.”

At the same time, McKennie was pondering a decision which would shape the rest of his career. He’d been offered a scholarship at the University of Virginia, and Dallas wanted to tie him down to a Homegrown Player contract. Then Schalke made their interest known, offering the chance to return to Germany test himself in the Bundesliga.

“He was in my camp in California and at that point is when things were getting worked out,” remembers Ramos. “He had come to me from Dallas but left for Germany from my camp.

“He told me he had already lived in Germany and that it was easy for him because he already spoke German. He was waiting for that opportunity and when it came along I think he was ready.”

As part of their efforts to entice McKennie, Schalke had under-19s manager Norbert Elgert – a respected veteran coach who has helped develop the likes of Mesut Ozil, Manuel Neuer and Leroy Sane – to outline the club’s plans for the American. And McKennie and his family were taken on a tour of the impressive, 62,000-capacity Veltins-Arena.

“This is gonna be you one day,” Tina McKennie said to her son as they stood at centre-field of the vast stadium.

Upon his arrival in Gelsenkirchen, Schalke’s industrial home city built on the grit and graft of its coal miners, McKennie’s skills impressed, but it was his work ethic that most resonated with his new surroundings.

“Wes radiates a great enjoyment of life, provides a lot of fun and positive atmosphere in the team,” says Elgert. “On the other hand, when it really counts, he can immediately switch from fun to seriousness and focus fully on the match and on the practices.”

“He’s the guy who’s always dancing in the locker room before training or games but has the ability to switch it off when it’s time to focus,” adds Nick Taitigue, a 21-year-old American midfielder who roomed with McKennie before his move to Juventus.

McKennie’s maturity and dedication to his development saw him quickly outgrow youth football. Within nine months of his arrival in Germany, he was promoted to Schalke’s first-team squad, making his debut in May 2017 before establishing himself as a regular senior starter the following season.

In November that year, he fulfilled a dream 12 years in the making, following in the footsteps of Landon Donovan and the other USMNT players he’d met as a star-struck 7-year-old with a full international debut in a friendly against Portugal. His bustling arrival into the penalty area and cool finish in the 20th minute made him the third-youngest debuting scorer for the US.

And even at international level, the work rate that had endeared him to Schalke fans and coaches alike stood out.

“Weston has so much energy,” says Berhalter. “Training is never done for him. He’s always the last one off the training field.”

Schalke were Bundesliga runners-up in 2017-18, but player sales and mismanagement meant they struggled for much of McKennie’s time in the first team. Through the club’s turmoil, the American emerged as a leader. At international level, his energy, commitment and the gravity of his personality have made him a respected figurehead for this emerging generation of gifted young US players.

As his profile has increased, McKennie has strived to lead and inspire off the pitch, too. Similar to Manchester United star Marcus Rashford’s work to battle food poverty in the UK, McKennie and international teammates Tyler Adams and Christian Pulisic came together to support Feeding America, the largest hunger-relief organization in the States. And the 22-year-old has been one of football’s strongest voices in the campaign against social injustice, sporting an arm band emblazoned with the words ‘Justice for George’ in May, in reference to the murder of George Floyd by Minneapolis police, and he has been open in his criticism of Donald Trump.

Having stamped his mark on the field where, four years earlier, he’d stood in wonder alongside his family as he weighed up his move to Germany, a departure from Schalke was expected in the summer of 2020. A move to the Premier League, those around McKennie thought, was the next logical step.

Few, though – McKennie included – anticipated a switch to one of the true giants of the global game. Juventus’ interest took him by surprise, and it was only as the move drew nearer that he allowed himself to believe it was really happening.

“Wes was fascinated by the idea to take the next step in his development and career by practicing with football stars like Cristiano Ronaldo, Gianluigi Buffon, Paulo Dybala and so on,” says Elgert.

“When a coach like [Andrea] Pirlo really wants you and thinks you can make an impact in his team, it’s very difficult to say no to that,” adds Berhalter, who likens McKennie stylistically to Liverpool’s Georginio Wijnaldum and thus expected him to join a Premier League side. “Juventus is a top club in the world.”

Even given his natural athletic talent and early promise with a ball at his feet, McKennie, at age 22 and playing for one of football’s greatest clubs, has over-achieved.

McKennie’s story is one of potential fulfilled through opportunities grasped, a little serendipity and, above all else, sheer force of work and will. He stands as the embodiment of the possibilities laid out before the young US starlets he leads, the American dream realized in Europe. 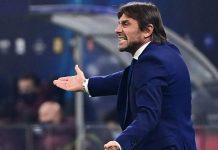 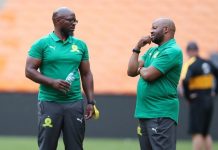 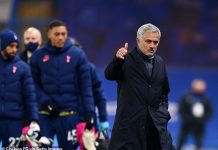 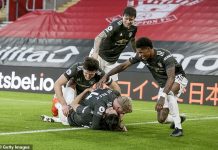 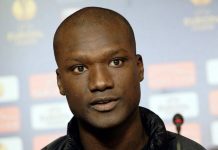 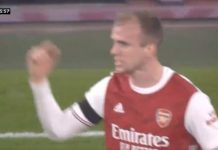 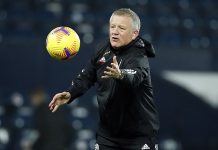 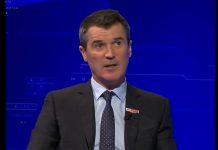