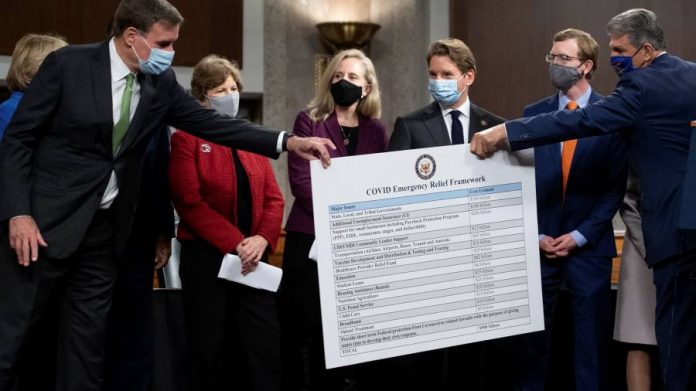 A bipartisan group of US senators has proposed a $908bn spending package to break the deadlock on fiscal stimulus as Jay Powell, the chairman of the Federal Reserve, made a new appeal for lawmakers to provide more government support to the economy.

The proposal, led by Mark Warner, the Virginia Democrat, and Susan Collins, the Maine Republican, reflects the growing anxiety in Washington over the state of the economy. Negotiations on a new stimulus package faltered prior to the November election and have not resumed.

At a hearing before the Senate banking committee on Tuesday, Mr Powell said the recovery had been “faster” than expected, but the labour market was still 10m jobs below pre-pandemic levels.

“We can both acknowledge the progress and also point out just how far we have left to go,” Mr Powell said, adding that the “lion’s share of the credit really should go to fiscal policy”.

“We’ll use our tools until the danger is well and truly passed, and it may require help from other parts of government as well, including Congress,” he added.

Later in the hearing, the Fed chairman said: “We can see the end, we just need to make sure we get there.”

The bipartisan Senate proposal announced on Tuesday would plough $288bn into small business aid, allocate $180bn to unemployment benefits and provide $160bn to state and local governments, among its more costly measures. It falls short of a stimulus package worth more than $2tn passed by Democrats in the House of Representatives in September, but is higher than the $500bn plan proposed by Senate Republicans around the same time.

“It would be stupidity on steroids if Congress left for Christmas without doing an interim package as a bridge,” Mr Warner told reporters on Tuesday.

It is unclear whether the bipartisan plan will be enough to deliver a breakthrough. Although Joe Biden, the US president-elect, has called for a stimulus bill to be enacted before he takes office in January, Democratic congressional leaders have not yet agreed to lower their price tag, which could pave the way for a compromise.

But Steven Mnuchin, the Treasury secretary, told the Senate banking committee on Tuesday that he would be speaking with Nancy Pelosi, the Democratic House speaker, later in the day, raising hopes that some progress could be made.

The hearing featuring Mr Powell and Mr Mnuchin comes on the heels of an unusual public split between the Fed and the Treasury department over the future of lending facilities set up at the start of the pandemic to stabilise financial markets.

While the Fed has pushed for them to be extended, the Treasury instructed the central bank to wind down several of them — including those backstopping corporate and municipal debt markets — and return unused funds to its coffers.

Mr Mnuchin defended the move, arguing that he was following Congress’s intent to end the programmes at the end of the year — which drew stinging attacks, particularly from Democratic senators.

“Other than using your final months in office to work for the people whom you have sworn to serve, you appear to be trying to sabotage our economy on the way out the door,” said Sherrod Brown of Ohio, the top Democrat on the panel.

Although there are serious concerns about the withdrawal of the Fed credit facilities, their mere existence has been more powerful than their actual use.

According to Financial Times calculations based on Fed data published last week, just $86bn of the central bank’s firepower is currently deployed. That is roughly 3 per cent of the minimum $2.6tn the central bank said it would make available, and a 20 per cent decline since July, when usage peaked at $107bn.

There has been little demand for the $750bn corporate credit facilities and the $500bn municipal lending facility, with the Fed extending less than $2bn of loans to just two public entities so far. Small businesses have also been hesitant to use the Main Street Lending Program, aimed at supporting small and medium-sized businesses. Just $5.8bn of its $600bn capacity has been lent out since its inception.

“The market will not weaken just because of the announcement. But say, just one high-profile municipal deal which witnesses weak demand will be enough to have a ripple effect and can fan investor fears — this in turn could cause volatility spikes,” said Vikram Rai, head of municipal strategy at Citigroup. 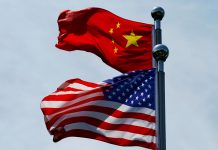 U.S. and China will remain at odds under Biden as Beijing flexes on global stage, trade expert says 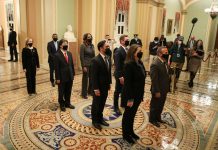 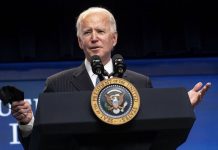 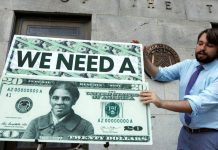 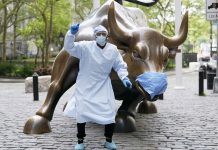 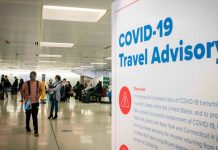 US imposes South Africa travel ban and extends other restrictions 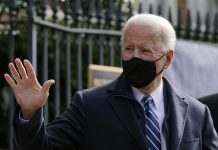