The US Open came under fire from the top-ranked tennis player after Swiatek hit out at the decision for the Grand Slam and its lead-up hard court tournaments to provide the WTA players with different, lighter balls compared to the ATP men. The two-time Grand Slam champion revealed that she and Badosa held meetings with the WTA boss to try and get them changed to no avail, and the Spaniard has now joined Swiatek in putting pressure on the tournament.

The world No 4 took to her Instagram account to echo the Pole’s sentiment and spoke out on the difference in the tennis balls given to the women. “Totally agree,” the Spaniard wrote, reposting Swiatek’s words to her story.

“Very unfavourable conditions for the players and for the show. Then we complain that there are many mistakes and tactics and intelligence have been lost in the points. [While dealing with] faster courts and IMPOSSIBLE balls to control.”

JUST IN: Andy Murray spotted coaching Kyrgios’ doubles partner ahead of US Open

“Maybe we should push a bit more. I stopped pushing and trying to convince WTA because the war in Ukraine happened and I refocused on something else.” The 21-year-old explained the issue she had with the lighter balls following her opening win over Sloane Stephens in Cincinnati – where she then lost a round later.

“I think those balls are horrible, especially after like three games of really hard playing, they are getting more and more light. At the end, you can’t even serve at 170km/h because it’s going to fly like crazy. I think they are pretty bad,” she said. 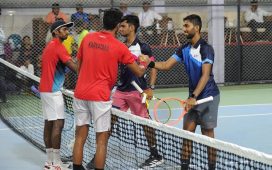 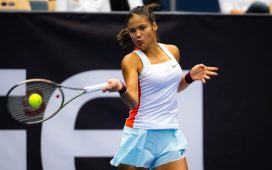 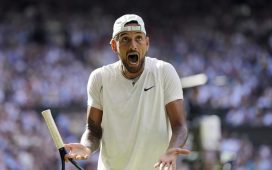