A few weeks after Coco Gauff’s scene‑stealing run to the fourth round of Wimbledon, the 15-year‑old made her next move. Gauff was announced as a participant in the Citi Open in Washington DC but the announcement came with a caveat – her ranking was too low and the WTA’s age eligibility rules meant she was unable to receive another wildcard, so her participation in the competition was in doubt. She would head to the capital to host fan activities and to showcase her best at practice sessions. The hope was that enough players would withdraw at the last minute to offer her a spot in the qualifying draw.

Gauff’s prayers were answered and she refused to waste the opportunity. She entered the singles qualifying draw at the 11th hour, where she qualified for the main draw and then won her first WTA event in doubles alongside the 17-year-old Caty McNally. Gauff’s presence brought a record crowd to the tournament’s qualifying rounds and her doubles matches overflowed with frantic spectators as the singles matches on the main courts were empty. In a sport that does not survive without the stars that generate ticket sales and attention, a new one had been born.

Throughout the US summer, tournaments have moved heaven and earth to accommodate Gauff. They see her drawing power and they want to ensure that they can make money from her success. Since Gauff’s ranking and tournament limitations made her participation in later WTA events unlikely, she was drafted into the ATP tournament in Winston Salem last week for an exhibition match against the French Open champion, Ashleigh Barty. Although she had reached her wildcard limit under the WTA’s age eligibility rules, the US Open skirted the regulations, which technically apply only to WTA and ITF events, to offer her a wildcard. The decision has produced some backlash.

“No, I don’t get that,” said Naomi Osaka to the suggestion that Gauff’s wildcard could yield negative results. “Like, come on. This is such a good experience for her. She obviously deserves to play here. She played well in Wimbledon, she’s super young and, for me, it’s the same as if someone plays the US Open juniors just to gain experience for how the main tournament is. Except she can actually play the main tournament. I don’t see how it would harm her at all.”

But the history of women’s tennis is riddled with young supernovas whose success would eventually cause them harm. Jennifer Capriati arrived in the sport as a bubbly all‑American 13-year-old yet her career burnout remains a cautionary tale, the primary reason why so many restrictions remain in place for Gauff. Anna Kournikova flitted to the Wimbledon semi-finals at 16 and then flitted out shortly afterwards with a chronic back injury.

Today, the increased physicality of tennis has piled on more pressure for a young, growing body. Belinda Bencic reached the US Open quarter‑finals in 2014 at 17 years of age, then defeated Serena Williams in a blaze of fireworks to win her first big title in Toronto the following year. It took until this year for Bencic to shake off incessant injuries and recover her collapsed ranking.

The rising prize money means players are now richer in the early stages of their careers. Alexander Zverev, billed as the next great star a year ago, has spent much of 2019 coming to terms with the reality of being a business that many people want a part of. He is now embroiled in an expensive and bitter legal dispute with his former manager, with whom he signed as a youth. Osaka reflected on her own struggles since reaching the top ranking. “You know the song Mo Money Mo Problems?” she said, smiling. “Man, oh, man.”

Gauff exudes confidence. At Wimbledon she asserted that she was there to win the tournament and nobody doubted that she meant it. Her broad shoulders are made for the pressure and weight she now carries on them each day. When she faces Anastasia Potapova, her fellow teen and another junior slam champion, on Tuesday, it is hard to imagine that she will not be ready. The question is whether Gauff will be ready for the rest of her career. 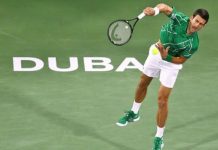 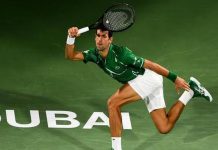 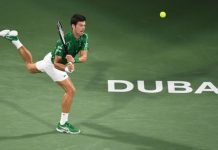 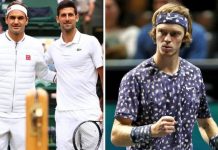