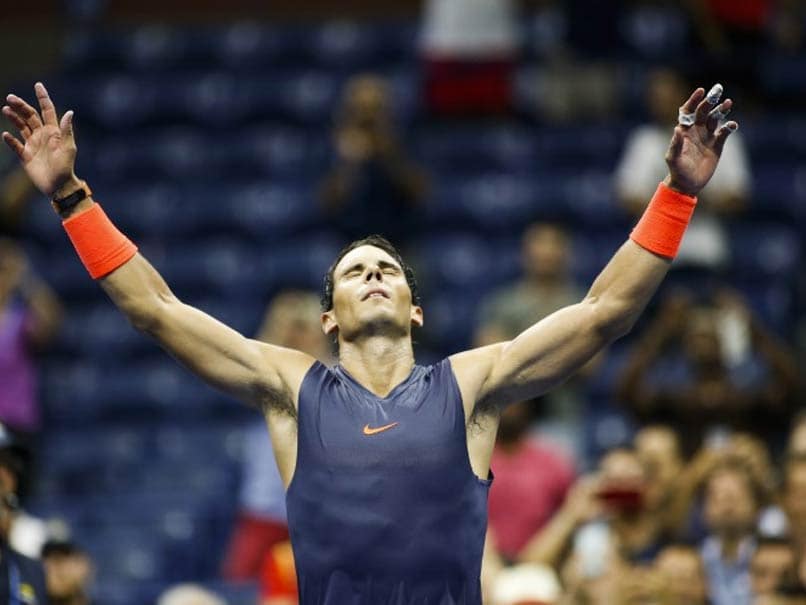 After suffering a first set ‘bagel’, Nadal had to battle back from breaks in the third and fourth sets before seeing off the first top 20 player he had faced at the US Open since 2013.

“I suffered, that’s the right word,” said Nadal after playing his longest ever match at the tournament.

“I said to Dominic I am sorry. He’s a great guy, a close friend who will have many more opportunities to win the big titles.”

Nadal had defeated Thiem in the Roland Garros final in June but this was their first meeting away from a clay court.

“He has a great attitude and is a great fighter,” added Nadal.

In a dramatic final set, Nadal saw five break points come and go before Thiem went long with a smash on the first match point.

It was his 58th unforced error on a night when he sent down 18 aces and fired 74 winners.

“It’s going to be stuck in my mind forever. Forever I’m going to remember this match, for sure,” said Thiem after his first ever hard court match against Nadal.

“Tennis is cruel sometimes because I think this match didn’t really deserve a loser. But there has to be one.”

The semi-final will pit Nadal against third seed and 2009 US Open champion Juan Martin del Potro for the second successive Grand Slam.

At Wimbledon, Nadal came back from two sets to one down to win in five in a quarter-final which stretched to almost five hours.

The top seed won just seven points in the opener.

Nadal recovered from being broken as he served for the second set in the ninth game with an immediate break back to level the contest.

Thiem then grabbed a 4-3 lead in the third which he stretched to 5-3 but then it was his turn to crack as Nadal raced away with three games to claim a two sets to one lead.

Thiem was 4-2 ahead in the fourth set before he was again reeled in and he was two points from defeat in the 12th game.

But he took the tiebreaker before Nadal just proved the steadier of the two in the final set decider.

Del Potro dropped his first set of the tournament against 11th seed Isner, who was playing in his maiden quarter-final at his home Slam.

Despite that, the 29-year-old was never broken in the 3 hour 31 minute match where Isner unleashed 26 aces but was undone by 52 unforced errors compared to Del Potro’s 14.

“To reach the semi-final again here in New York in my favourite tournament is very special to me,” said Del Potro after his eighth win over Isner in 12 meetings.

“To play John in these kind of matches, it’s like an epic.

“We fought the whole match and I survived with my serve which was key.”

Del Potro admitted the 33-degree temperatures proved a real challenge with the 10-minute heat rule allowing the players a welcome respite after the third set.

“I had a shower, lay on the table and I didn’t want to come back again. It was too hot to play tennis,” he joked.

Isner said he needed to change his shirt 11 times.

“He’s maybe playing some of the best tennis ever right now for him,” said the American.

Marin Cilic will face Kei Nishikori in a repeat of the 2014 final won by the giant Croat.