Defiant to the last, Donald Trump has made a final bid to save his presidency with a midnight rally in battleground Michigan where, sporting a red “Make America great again” cap, he predicted “one of the greatest wins in the history of politics”.

But even as the US president was airing grievances about the Russia investigation, impeachment, and Hillary Clinton at 12.15am, rival Joe Biden tweeted a warning: “If we give Donald Trump another four years in the White House, he will forever alter the character of our nation. We can’t let that happen.”

The battle for hearts and minds – and eyeballs – came in the early hours of an election day plagued by nerve-racking uncertainties. Although a record 100m early votes have already been cast either in person or by mail, according to the US Elections Project, tens of millions remain up for grabs before polls close.

Then comes an anxious count that could take hours, days or even weeks before producing a definitive winner, with Trump seemingly eager to throw matches into the electoral tinderbox. Fearful of potential for protest and violence, shops were boarded up in cities including Washington, New York and Raleigh, North Carolina.

“Say a prayer for the country tonight,” tweeted George Conway, a lawyer and cofounder of the Lincoln Project, an anti-Trump organisation.

Both candidates spent Monday in a frantic race to the finish in the battleground states that will decide the electoral college, the climax of a presidential contest upended by a coronavirus pandemic that has killed more than 230,000 people and put millions out of work.

Biden’s final drive-in rally in Pittsburgh had star power courtesy of singer Lady Gaga, who wore a white sweater with the word “Joe”. She played hits and told supporters to “go out and vote”.

The former vice president, speaking from a lectern bearing the words “Battle for the soul of the nation”, said: “I have a feeling we’re coming together for a big win tomorrow … It’s time for Donald Trump to pack his bags and go home.”

Biden condemned Trump’s failure to control Covid-19, became visibly angry as he recalled the president’s mockery of military servicemen and rested his case: “No nation in the world can match us. We lead by the power of our example, not just the example of our power. The only thing that can tear America apart is America itself. No one else can challenge us.

“And that’s exactly what Donald Trump has been doing from the beginning of his campaign. Dividing America. Tearing us apart. Pitting Americans against one another based on our race, our gender, our ethnicity, our religion. That’s wrong. That’s not who we are. Everybody knows who Donald Trump is. Let’s keep showing them who we are.”

Then, as the long awaited date of 3 November arrived, Trump had just taken the stage in Grand Rapids, Michigan, the scene of his last campaign stop in 2016 before his astonishing victory over Clinton (“We can be a little bit superstitious, right?” he asked).

The incumbent sought to portray himself as an insurgent who will drain the swamp and put America first. “If I don’t sound like a typical Washington politician, it’s because I’m not a politician,” he said.

Trump added: “Joe Biden is bought and paid for by big tech, big media and powerful special interests … And he’s not going to win, I really don’t believe he’s going to win, because of this,” he told the crowd.

Trump rounded off what might prove his last ever campaign rally with fist pumps to the sound of the Village People’s “Y.M.C.A” at 1.13am. By then he had already suffered electoral defeat in Dixville Notch, a tiny New Hampshire township where Biden took all five votes cast.

No president has won reelection with an approval rating as low as Trump’s average of 44%. He is in danger of becoming the first incumbent president to lose re-election since fellow Republican George H W Bush was beaten by Bill Clinton in 1992.

But the nation was holding its breath not over who will win but when the result will be known. Early voting includes 60m mail-in ballots that could take days or weeks to be counted in some states, meaning that a winner might not be declared in the hours after polls close on Tuesday night.

The president urged the supreme court to reconsider a decision that enables Pennsylvania to count mail ballots that arrive up to three days after election day. The court has left that possibility open.

Without evidence, the president told reporters in Milwaukee, Wisconsin, that the decision “allows tremendous cheating” the added on Twitter it “will also induce violence in the streets,” – a potential green light to supporters to use aggressive voter intimidation tactics. Twitter flagged his message, adding a disclaimer to the tweet that its content was “disputed” and “might be misleading”.

There are also concerns that Trump could seek to declare victory prematurely if early results go in his favour. Jennifer O’Malley Dillon, Biden’s campaign manager, told reporters: “Under no scenario will Donald Trump be declared a victor on election night.”

Barack Obama, whom Biden served as vice president for eight years, said Trump’s push to stop counting votes on election night was undemocratic. “That’s what a two-bit dictator does,” he told a rally in Miami. “If you believe in democracy, you want every vote counted.”

In a jab at Republicans who have turned a blind eye to Trump’s contempt for norms and institutions, the 44th president said: “If there was a Democrat who was behaving this way, the way our current president does, I couldn’t support him.”

Obama went on: “If I saw a Democrat who was lying every single day – the fact checkers can’t keep up, it’s like, just over and over again – I would say that’s not the example I want, I don’t trust that person to manage the country’s affairs because it’s violating the values that we try to live by. And these are values we try to teach our kids.”

Trump was due to be interviewed by Fox News early on Tuesday morning and told reporters he plans to visit his campaign headquarters in northern Virginia. He will then host family and friends on in the east room of the White House as results come in.

Biden announced an unusual move to continue campaigning on Tuesday, saying he would head to Philadelphia and his native Scranton in Pennsylvania as part of a get-out-the-vote effort. His running mate, Senator Kamala Harris, will visit Detroit in Michigan. 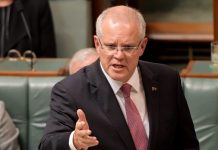 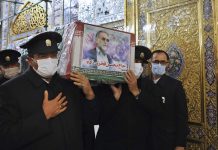 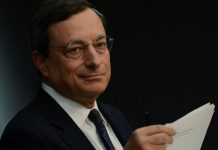 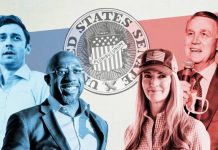 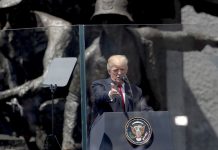 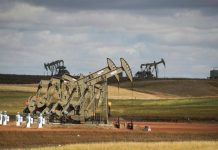 US oil recovery at mercy of Opec 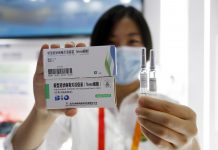 China's vaccines may have 'appeal' in developing countries, economist says 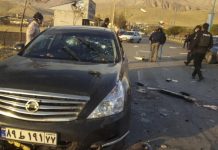