Donald Trump’s grip on the US presidency appeared increasingly tenuous on Saturday as Democrats advanced plans to impeach him for a second time, political allies continued to abandon him and Twitter banned his account, removing his most powerful way to spread lies and incite violence.

Adding to the pressure in the aftermath of Wednesday’s deadly riot in the US Capitol building by Trump supporters, one Republican senator, Lisa Murkowski of Alaska, openly called for the president’s removal.

“I want him to resign. I want him out. He has caused enough damage,” she said, punctuating the wave of disgust that followed Trump’s goading of a mob seeking to overturn his election defeat by Joe Biden.

Five people died, including a police officer who confronted rioters and a rioter shot by law enforcement. Multiple arrests have been made, among them a Florida resident photographed walking off with the lectern of the House speaker, Nancy Pelosi.

The US attorney’s office said a 70-year-old Alabama man was charged with possession of molotov cocktails and assault weapons after his pickup truck was discovered packed with homemade bombs and guns.

Articles of impeachment charging Trump with inciting an insurrection and having “gravely endangered the security of the United States” and its institutions, were set to be introduced in the US House of Representatives as early as Monday, Pelosi said.

The move is part of a multi-pronged approach by Democrats pressing for Trump’s removal ahead of Biden’s inauguration on 20 January.

Pelosi, who spoke to the leader of the US military seeking to ensure Trump cannot launch a nuclear attack in his remaining days in office, has also called for his removal via the 25th amendment, which provides for the ejection of a president deemed unable to fulfil his duties.

The treasury secretary, Steven Mnuchin, was reportedly among officials to discuss such a course. But it seems unlikely, particularly as cabinet members who would participate in the process have resigned.

White House sources have asserted Trump will not resign or turn over power to Vice-President Mike Pence to seek a pardon, so a second and high-speed impeachment looms. In his first impeachment, over approaches to Ukraine for dirt on political rivals, Trump was acquitted by a Republican-held Senate.

This time, more Republican senators are indicating support. Murkowski became the first, telling the Anchorage Daily News: “I think he should leave.

“He’s not going to appear at the inauguration. He hasn’t been focused on what is going on with Covid. He’s either been golfing or he’s been inside the Oval Office fuming and throwing every single person who has been loyal and faithful to him under the bus, starting with the vice-president.

Murkowski’s intervention was dramatic, echoing the delegation of Republicans who went to Richard Nixon and told him to resign before he was impeached over Watergate in 1974.

Ben Sasse, Republican senator for Nebraska, was also critical, accusing Trump of a “dereliction of duty” and indicating he was open to impeachment.

Many more Republicans would have to turn for the president to be convicted and removed, however, even if a trial could be held before inauguration day. A House impeachment vote later this week would send the case for trial, but Mitch McConnell, the Republican Senate leader, has indicated the chamber would not consider proceedings until after the inauguration.

Several Republicans have said they would not support impeachment. Jeff Flake, a Trump critic and former senator for Arizona, told CNN on Saturday it would be better if Trump “just went away”.

Trump will be vulnerable to prosecution, either state or federal, after leaving the White House. If he was successfully impeached he would also lose all benefits of life after the Oval Office, including pension and Secret Service protection, and the option of running for office again.

Twitter’s decision to permanently suspend Trump’s account, meanwhile, separates the president from a megaphone he has manipulated to spread lies and misinformation. Since Wednesday, he has called for calm and promised to respect the transfer of power but he has also continued to falsely claim the election was stolen by means of massive electoral fraud.

The company, which had previously removed Trump tweets, cited repeated violations of rules and risks including the “further incitement of violence”.

Twitter said two tweets sent on Friday were “highly likely to encourage and inspire people to replicate the criminal acts that took place at the US Capitol”. Plans for “future armed protests” were spreading, the company warned, “including a proposed secondary attack on the US Capitol and state capitol buildings on 17 January”.

A 7ft “non-scalable” fence was being erected around the Capitol, where it was set to remain for at least 30 days. A state of emergency was declared in Washington until the day after the inauguration. More than 6,200 national guard personnel would be in the city over the weekend, mayor Muriel Bowser said.

The backlash against Trump also extended to two rightwing Republican senators, Ted Cruz of Texas, and Josh Hawley of Missouri, who led failed efforts to object to Biden’s election on the same day as the riot.

Cruz’s hometown newspaper, the Houston Chronicle, said his lies had cost lives and called for his resignation. Publisher Simon and Schuster cancelled Hawley’s book deal, accusing him of “a dangerous threat to our democracy and freedom”.

Following Democratic victories in Senate races in Georgia, the Republicans have lost control of both the White House and Congress, prompting introspection in party ranks.

Murkowski said she was considering leaving. “If the Republican party has become nothing more than the party of Trump, I sincerely question whether this is the party for me,” she said. 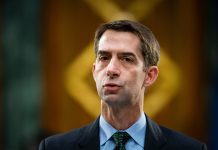 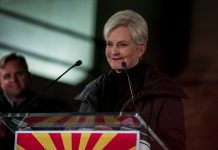 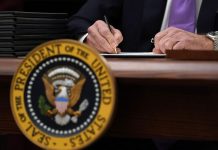 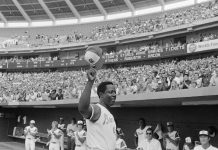 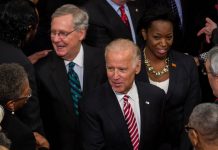 Is President Biden Ready for the New Senate?

Trump rejects ‘ex-presidents club’ — and the feeling is mutual