KINGSTON, R.I. – July 22, 2021 – The University of Rhode Island will host more than a dozen international experts in the growing field of quantum information science in October for the inaugural Frontiers in Quantum Computing conference in celebration of the launch of URI’s new master’s degree program in quantum computing.

The conference, which will take place Oct. 18-20 on URI’s picturesque Kingston Campus amid fall foliage, will feature daily talks and a panel focusing on the future of quantum computing, current developments and research, and educational initiatives for future leaders in the field.

“We are bringing key quantum information science leaders from all sectors—government, academia and industry—to URI to present the latest developments and frontiers in the theoretical and experimental aspects of quantum computing,” said Vanita Srinivasa, assistant professor of physics and director of URI’s new Quantum Information Science Program. “This is not only the inaugural event for our new degree. This will mark the first major conference on quantum computing for the region, and we want to establish Rhode Island as a center of quantum information science.”

“URI’s new Master of Science in Quantum Computing is a meaningful step not only for our region’s quantum workforce development—but also for the U.S. and global quantum ecosystem,” said Christopher Savoie ’92, founder and chief executive officer of Zapata Computing, who is a member of the conference steering committee and will be one of the speakers at the conference. “This inaugural conference is a pioneering effort on the University’s part to launch a regional center for quantum computing—and it’s amazing to return to campus with some of our field’s greatest contributors.”

The list of speakers includes U.S. Sen. Jack Reed, who will deliver an address on the opening day of the conference, along with pioneers from across the U.S. as well as from Canada, Europe, and Australia. They will provide a look into different areas of quantum computing. They include:

With the launch of URI’s master’s program in quantum computing, education will be a focus of the conference, and college and high school students are encouraged to attend to learn more about the opportunities in the field and to make professional connections. Among the speakers focusing on education will be Professor Chandralekha Singh, president of the American Association of Physics Teachers. Also, students and postdoctoral scientists are invited to present their own work through research posters.

Leonard Kahn, chair of the URI Physics Department, says given the interdisciplinary nature of quantum computing, the conference will be of interest to a wide audience.

“The future of quantum computing will impact us all as we go forward. People will come away from this conference with a far broader understanding of the topic,” said Kahn. “We hope to encourage the full URI community and all the high schools to attend. We’ll have talks on education, and our round-table discussion on the future of quantum computing will present a diverse group of people describing their views of the future. I think that will be enlightening to the general community. This is not just for people in physics. This not only affects the STEM disciplines, but also philosophy and the humanities.”

The conference is planned as a primarily in-person event. But given the uncertainty of the pandemic and its impact on travel, some speakers may be virtual, and plans for a hybrid format are in place.

Along with Zapata Computing, sponsors for Frontiers in Quantum Computing include IBM and D-Wave both pioneers in the development of quantum computers. Sponsorship opportunities are still available. For more information, contact Leonard Kahn at lenkahn@uri.edu.

The 38-credit Master of Science in Quantum Computing program, which starts in the  fall as part of the Physics Department’s new Quantum Information Science Program, aligns with the goals of the National Quantum Initiative Act. The act highlights the need for researchers, educators and students and for the growth of multidisciplinary curricula and research opportunities in quantum-based technologies.

The program, which builds on URI’s strengths in quantum information science, optics and nanophysics, is geared toward students with a bachelor’s degree in physics or a closely related discipline and a basic understanding of quantum mechanics.

“What makes the program unique in the U.S. is that a student can come in as a freshman and in five years graduate with both a bachelor’s degree in physics and a Master of Science in Quantum Computing,” Kahn said.

Students graduating from the program can either use the degree as a direct route into the quantum computing industry or as preparation for doctoral studies. The non-thesis program includes specialized coursework in quantum computing and complementary graduate-level coursework in physics. The program also allows students the flexibility to tailor their studies to pursue interests in mathematics, computer science, and engineering through the program’s interdisciplinary curriculum.

In addition, the program has established partnerships with industrial firms, such as Zapata Computing, as well as national labs and institutes that will help students take part in collaborative research projects and internships to ensure they are prepared to enter the workforce or to pursue further studies in the rapidly advancing field.

“There are several major quantum computing efforts in New England, and students will have access to that,” said Srinivasa. “They will have access to industry and government internships that will give them hands-on, experiential learning, along with opportunities to pursue research with University faculty and their collaborators in this field.”

Frontiers in Quantum Computing, lectures and the panel discussion on the future of quantum computing are free and open to the public but registration is required. To learn more about the conference or to register, go to the Frontiers in Quantum Computing webpage. For more information on the master’s program, email Leonard Kahn at lenkahn@uri.edu or Vanita Srinivasa at vsriniv@uri.edu. 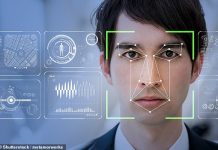 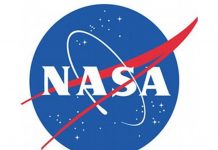 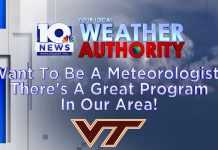 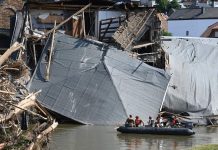 Big climate report to be released next month. Here’s what to expect. 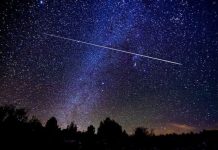 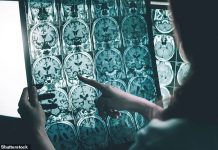 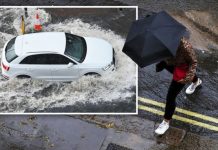