The EllaLink GeoLab initiative aims to provide the scientific community with real-time, accurate and relevant data on seabed conditions

DUBLIN, Ireland and FUNCHAL, Portugal and MADEIRA, Portugal, June 29, 2020 (GLOBE NEWSWIRE) — Seismology, volcanology, marine ecology, and oceanic conditions are key to understanding the future of our planet. EllaLink is proud to contribute to such understanding by launching the EllaLink GeoLab initiative which aims to provide the scientific community with real-time, accurate and relevant data on seabed conditions. This initiative will be the first dedicated facility of its kind as part of a telecoms submarine cable.

The EllaLink GeoLab infrastructure will be provided by EllaLink in cooperation with EMACOM. Distributed Acoustic Sensing (DAS) Technology will be used on cable a dedicated fibre in the Madeira Branch of the EllaLink System. It will collect data along the route which will be optically transmitted back to the shore, independently and without impacting either telecoms traffic or the design life of the cable, making EllaLink in to the first system to integrate SMART cable concepts.

The Research and Education (R&E) community in Europe will enjoy access to the data generated by the EllaLink GeoLab initiative. For this, EllaLink is collaborating with GÉANT and the Portuguese NREN, FCT, both members of the BELLA Consortium, who will use EllaLink cable to support R&E collaborations between Europe and Latin America.

Philippe Dumont, CEO of EllaLink said “In a time of continued environmental change, critical information about the planet can be ascertained from the seabed. Submarine telecoms cables are best placed to monitor seabed conditions at all time and make such data available to scientists on-land. We are proud to lead the way into a new era of submarine cable systems supporting such scientific progress.”

Pedro Bettencourt Calado, Vice President of Autonomous Region of Madeira added “Addition of DAS technology into the EllaLink branch to Madeira neutral operator EMACOM, is a move designed to pave the way for a greater understanding of the waters that surround our archipelago. The importance of educational progress relating to earthquakes and oceanographic conditions cannot be underestimated. We look forwarding to hosting the GeoLab facility in Funchal.”

João Cadete de Matos, Chairman of Autoridade Nacional de Comunicações (ANACOM) said of the news “ANACOM considered the addition of seismic and environmental detection features in the future submarine cables Ring connecting the Mainland, Azores and Madeira greatly beneficial for Portugal, and it had the opportunity to propose such development to the industry. Therefore, ANACOM welcomes this important innovation and recommends its adoption by other future submarine cable systems developed on the Portuguese Continental Platform.”

Erik Huizer, CEO of GÉANT commented “GÉANT provides users with highly reliable, unconstrained access to computing, analysis, storage, applications and other resources, to ensure that Europe remains at the forefront of research. EllaLink will provide direct connectivity between the research and education communities of Europe and Latin America, thanks to the work of the BELLA Consortium of which GÉANT is a member. GÉANT therefore welcomes the development of a dark fibre research infrastructure that can support DAS and other technologies, without disturbing telecommunications traffic, as a further engagement from EllaLink for the R&E community.”

Nuno Rodrigues, FCT Board Member said “Science has shown time and again its fundamental role in the creation of knowledge beacons pointing the way to sound and sustained human and technological development. Today, this mission depends ever more on sophisticated scientific infrastructures to understand the complex processes that govern our world, upon which the discovery of new and relevant knowledge lies. GeoLab is far more than just a sophisticated scientific infrastructure, it is a scientific challenge in many fields of knowledge that FCT is committed to support and engage with the national and international scientific community to pursue such goal.”

The EllaLink System is being built with state-of-the-art coherent technology initially offering 72Tbps of capacity over four direct fiber pairs between Europe and Brazil. The landing sites in Fortaleza (Brazil) and Sines (Portugal) have been secured, the marine survey is complete, and the cable manufacture is almost finalized. EllaLink is scheduled to be Ready for Service in Q1 2021. EllaLink is a privately funded and independent company committed to providing products and services on a Carrier Neutral and Open Access basis. For more information visit ella.link

The company EMACOM – Telecomunicações da Madeira, Unipessoal, Lda., incorporated in August 1998 is100% owned by the Autonomous Region of Madeira. Its main objective is to provide fiber optic services as a neutral operator in the Autonomous Region of Madeira – Portugal, and to promote with international connectivity, the development of IT business opportunities in this region. For more information visit http://www.eem.pt

GÉANT is Europe’s leading collaboration on network and related infrastructure and services for the benefit of research and education, contributing to Europe’s economic growth and competitiveness. The organisation develops, delivers and promotes advanced network and associated e-infrastructure services, and supports innovation and knowledge-sharing amongst its members, partners and the wider research and education networking community. For more information, visit www.geant.org

Autoridade Nacional de Comunicações (ANACOM) is the national regulatory authority (NRA) for communications for the purposes of the law of the European Union (EU) and national legislation.

FCT – Fundação para a Ciência e a Tecnologia is the Portuguese national funding agency for science, research and technology. FCT also manages the Portuguese NREN through its FCCN branch. FCCN’s main objective is the planning and managing of the RCTS – Rede Ciência, Tecnologia e Sociedade (Science, Technology, and Society Network), which is an academic network consisting of a digital research infrastructure, covering all areas of knowledge and the entire national territory. Its services are provided by means of a high-performance network for education and research institutions, thus ensuring communication requirements and advanced digital services for the various user communities from these entities.
RCTS is also a test platform for applications and advanced communication services.

BELLA (Building the Europe Link with Latin America) provides for the long-term interconnectivity needs of the European and Latin American research and education communities by procuring and deploying a long-term Indefeasible Right of Use (IRU) for spectrum on a direct submarine cable between the two regions, and deploying a 100Gbps-capable research and education network across Latin America. BELLA is implemented by a Consortium of the Regional Research and Education Networks GÉANT (Europe) and RedCLARA (Latin America) and the National Research and Education Networks of Brazil, Chile, Colombia, Ecuador, France, Germany, Italy, Por tugal and Spain. BELLA receives funding from the European Union through the Horizon 2020 programme under grant agreement number 731505 -DG CNECT- (BELLA-S1), from DG DEVCO under grant agreement LA/2016/376-534 (BELLA-T), and from DG GROW. BELLA receives funding in cash and kinds, from CEDIA (Ecuador), REUNA (Chile), RENATA (Colombia) and RNP (Brazil). Together, they contribute 30% of the access cost to the EllaLink transatlantic cable, as well as making significant contributions to upgrading the RedClara regional network in South America.

In the specific case of the EllaLink cable, the Latin American contribution comes from RNP, the Brazilian NREN, which is  supported by a long-term programme launched by the government of Brazil. 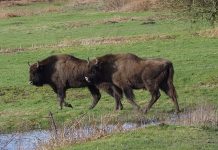 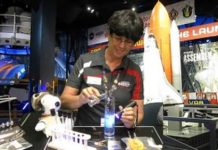 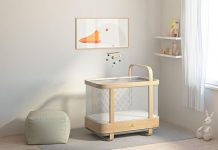 From Huawei and Apple to Garmin, five smartwatches on sale for under £220 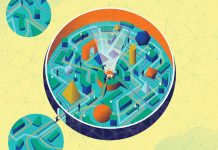 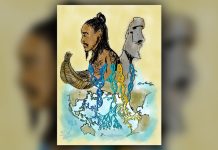 Polynesians and Native Americans paired up 800 years ago, DNA reveals 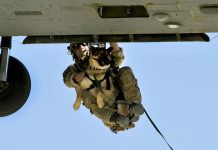 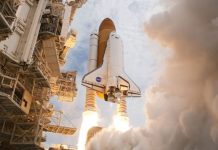 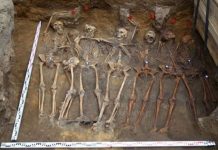 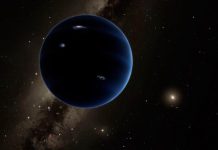