India will look to draw motivation from its “dramatic” win over Afghanistan as it prepares to face a technically strong Hong Kong in the concluding Group D fixture of the AFC Asian Cup qualifying final round, at the Salt Lake Stadium here on Sunday.

This match pits the two top two sides in the current standings to decide the group topper. India and Hong Kong are tied on six points from two wins each but the latter currently holds top spot because of a better goal difference.

Given the situation, India needs a win to secure top spot and ensure its passage to Asian Cup 2023 final stage. There are some spots reserved for the best second place finishers but head coach Igor Stimac prefers India taking the straight-forward route.

“We play to win tomorrow and qualify on merit. I don’t want to get into the complexities of mathematical calculations as it does not help in the end,” Stimac said on the eve of the match. “We are up against a technically strong team but we have to go out and start from the very first minute like we did against Afghanistan,” he added.

Indian captain Sunil Chhetri, who scored three out India’s four goals in the tournament so far and took his personal tally to 83 international goals, said the team needs to start from where it left off against Afghanistan.

“It is a very important game and we have to start from where we left off in our previous win,” Chhetri said.

India’s recent record against Hong Kong is not very favourable having last beat the visitors way back in 1993 in a World Cup qualifying match. Since then the two have met thrice (in 2006, 2009 and 2010) in international friendlies where Hong Kong won the recent two while the other ended in a draw. 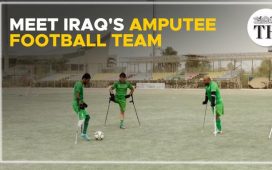