Liverpool has been stripped of its coveted world heritage status after Unesco blamed years of development for an “irreversible loss” to the historic value of its Victorian docks.

The UN’s heritage body concluded at a meeting in China on Wednesday that the “outstanding universal value” of Liverpool’s waterfront had been destroyed by new buildings, including Everton football club’s new £500m stadium.

The decision is a humiliating blow for the city and gives Liverpool the ignominious distinction of being only the third place to lose the status in nearly 50 years. The other delisted sites were Oman’s Arabian Oryx Sanctuary in 2007 and the Dresden Elbe valley in Germany in 2009.

Liverpool has enjoyed world heritage status since 2004 – placing it alongside the Taj Mahal and Great Wall of China – as recognition for its role as a major trading power during the British empire and the architectural beauty of its waterfront.

The label gives historic sites access to UN conservation funding and protection under the Geneva conventions in the event of war, as well as featuring in tourist guidebooks across the world.

The threat of being delisted has hung over Liverpool since 2012 as Unesco warned that development had significantly changed the city’s skyline and was destroying the heritage value of its waterfront.

Why did Unesco drop Liverpool from its heritage list?

Bellotto: The Königstein Views Reunited review – he captures the castle

The big picture: vodka and sunshine in southern Siberia, 1993 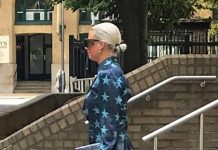 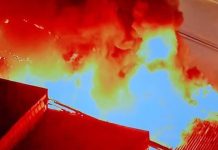 Warehouse of the Cinemateca Brasileira is struck by fire