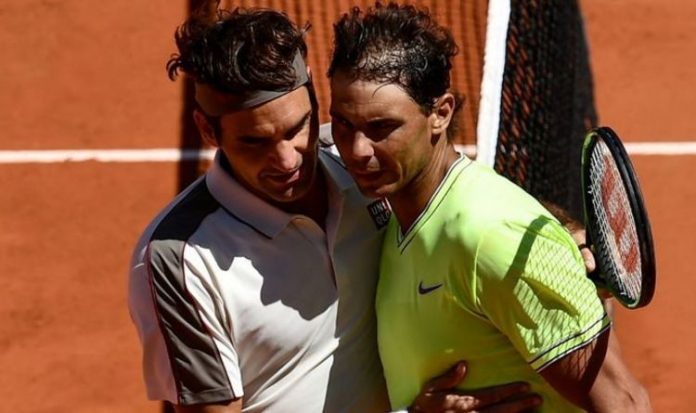 Toni Nadal has revealed changing the way teenage Rafael Nadal hit his forehand after his breakthrough on the ATP Tour would ultimately be the catalyst to the great success he would later achieve. The 19-time Grand Slam champion is widely considered to possess one of the greatest forehands in the history of the sport with its unique technique.

Nadal is able to generate incredible topspin, power and angle with his forehand and throughout his career it has posed problems for his opponents, most notably Roger Federer.

For many years, Federer struggled to deal with the high bouncing ball Nadal is able to produce from the left-handed forehand side into his backhand.

Nadal’s winning head-to-head record over Federer is in large part due to their matches on clay courts, where he has been close to unbeatable.

Speaking in an interview with Eurosport, Nadal senior, who was part of Rafael’s team from 2004 to 2017, opened up about seeing something in the then 16-year-old’s game which would eventually create ample problems for Federer.

“I observed his attitude, physically and mentally from a very young age, his skills and his coordination,” he said.

“And then I figured that Rafael could play with a lot of intensity because this is how he loves the sport.

“I always wanted that Rafael to be able to hit forehand winners, but he played with a lot of a spin, maybe too much sometimes.

“When we arrived on the ATP tour, Rafael was really young, he was 16 years old, and then he started to play with older players, with people who were stronger.

“Then Rafael started to hit the ball a little late, he started to play high above the net with extreme spin. I didn’t like too much that he played this way, but at the end I saw that it was a good way to win.

“His forehand is hit high above the net, but when the ball bounces, it keeps its speed, it accelerates (contrary to other players).

He added: “For me, he’s a wonderful player. I like to watch Roger Federer a lot.

“If I wasn’t the uncle nor the coach of Rafael, I would want Federer to win all the matches.

“But in the end, I like how he plays, because he’s very elegant but he’s very effective too.