Global climate talks look set to continue past midnight on Saturday, after a marathon final negotiating session that has been ongoing since Friday without clear resolutions on how to implement the Paris agreement, to the frustration of many countries and the dismay of campaigners.

Some bodies attending the summit – notably the EU – came forward with new long-term goals on cutting greenhouse gas emissions, but most were content to spend the two weeks of UN talks in Madrid arguing over narrow technical issues, including the details of carbon trading.

Governments including the US, Brazil, Australia, India and China were all accused of holding up aspects of the negotiations. No major breakthrough had been seriously expected at this year’s annual meeting, known as COP25, but observers had at least hoped to see a spirit of cooperation and a willingness to press ahead with the 2015 Paris agreement goal of holding temperature rises to no more than 2C.

Both were lacking as the talks dwindled into the late hours of Saturday evening. Poor countries grew angry at what they saw as intransigence on the part of some richer nations, while the EU and a coalition of developing countries urged others to come forward with more ambitious plans to combat climate breakdown.

In the final hours, weary negotiators wrangled over the wording of provisions for “loss and damage”, by which developing countries are hoping to receive financial assistance for the ravages they face from climate breakdown. The US was blamed for refusing to agree to developing countries’ demands under what is known in the UN jargon as the Warsaw International Mechanism (WIM).

A US state department official said: “The US government is the largest humanitarian donor in the world. The WIM should be a constructive space to catalyse action on the wide range of loss and damage issues. A divisive conversation on blame and liability helps no one.”

Brazil also held up agreement over a provision allowing governments to trade in carbon credits. It insisted that its carbon sinks – mainly forests, including the Amazon – should count towards its emissions-cutting goals, while also selling carbon credits derived from preserving forests to other countries to count towards their emissions targets.

Other countries said this was double counting and would undermine the carbon trading system.

Governments discussed these points for two weeks with little official attention paid to the broader and more urgent issue of how countries can accelerate their plans to cut carbon in the next decade. Protesters outside and inside the halls pointed to increasingly stark scientific warnings and the world’s failure so far to cut greenhouse gases. Research published during the talks found that emissions have risen by 4% since the Paris agreement was signed in 2015, and cuts of more than 7% a year will be needed in the next decade to avoid dangerous levels of heating.

Jamie Henn, the strategy director at the pressure group 350.org, said: “The level of disconnect between what this COP should have delivered and what it’s on track to deliver is appalling and is a sign that the very foundations of the Paris agreement are being shaken up. A handful of loud countries has hijacked the process and is keeping the rest of the planet hostage.”

“This is a disastrous, profoundly distressing outcome – the worst I have ever seen,” said Mohamed Adow, the director of Power Shift Africa, a climate and energy thinktank. “At a time when scientists are queuing up to warn about terrifying consequences if emissions keep rising, and schoolchildren taking to the streets in their millions, what we have here in Madrid is a betrayal of people across the world. It is disgraceful and governments are simply not doing their job of protecting the planet.”

The lack of progress leaves the UK, as co-hosts of next year’s talks, with a diplomatic mountain to climb in the next 10 months. In Glasgow early next November, countries will meet again with the aim of strengthening their commitments on emissions cuts under the Paris accord.

Without such reinforcements, current commitments put the world on track for at least 3C of warning, which scientists warn would spell disaster.

Meghan gets twice as many negative headlines as positive, analysis finds

Coronavirus: what airport measures are in place to detect sick passengers? 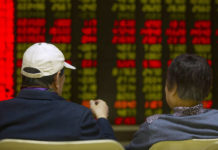 Reasons to be cynical about the trade rally

Fed’s embrace of higher inflation is ‘momentous’ for markets 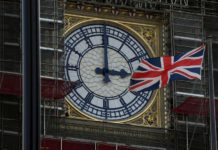 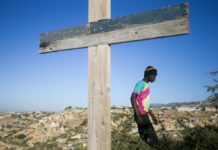 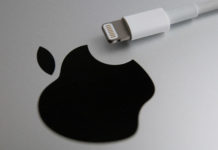 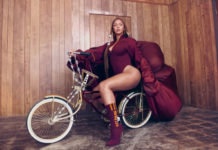