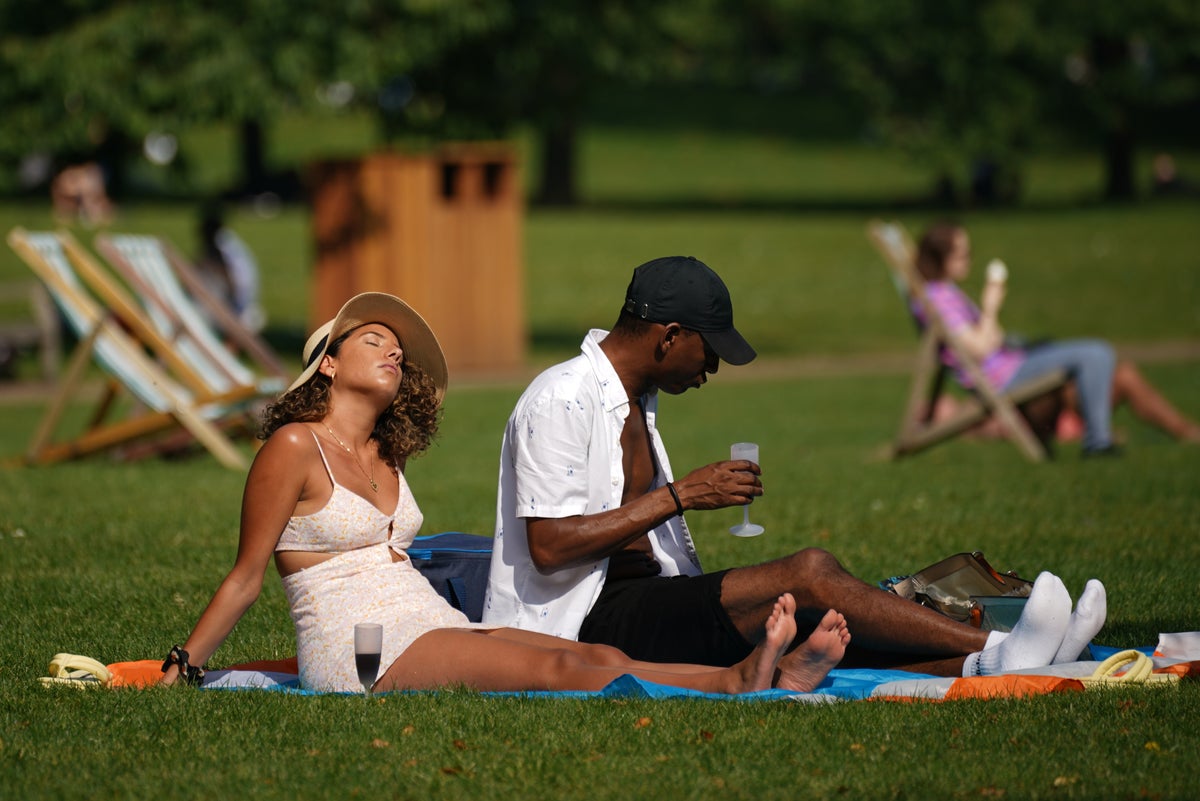 A three-day heat alert has been issued as temperatures are set to rocket to 34C.

NHS England and the Met Office have issued a level two heat-health alert for the East Midlands, east of England, the southeast and the southwest, meaning there is a 60 per cent chance of heatwave during this period.

A level one warning covers parts of northern England, where the probability of heatwave conditions is 30 per cent, while there is a 40 per cent chance in the West Midlands.

Met Office deputy chief meteorologist Dan Rudman said: “Temperatures will continue to rise as we go through the week, becoming well above-average by Friday when many parts of the southern half of the UK are likely to exceed 30C and may even reach 34C in some places.”

Are we about to experience a heatwave?

Some parts of England could experience a heatwave this week as temperatures hurtle towards 34C.

A heatwave is defined as three consecutive days with daily maximum temperatures meeting or exceeding the heatwave temperature threshold.

The threshold varies in each county. For Surrey, Berkshire, Buckinghamshire, Bedfordshire, Hertfordshire and Cambridgeshire it is 28C.

The RNLI has warned people to be careful near water as the weather heats up this week.

Gabbi Batchelor, Water Safety Education Manager at the RNLI said: “With summer arriving and a heatwave forecast, we want to remind everyone to stay safe at the coast.

“It is important that anyone visiting the coast understands the risks of the environment. It can be very unpredictable, particularly during early summer when the risk of cold water shock significantly increases, as air temperatures warm but water temperatures remain dangerously cold.

“If you get into trouble in the water, Float to Live: lean back, using your arms and legs to stay afloat. Control your breathing, then call for help or swim to safety. In a coastal emergency, call 999 or 112 for the Coastguard.’

The RNLI is also reminding people to visit a lifeguarded beach and swim between the red and yellow flags this summer.

Gabbi adds: “With hot weather forecast, we know lots of people will be heading to the coast. To help stay safe, we’d encourage people to visit a lifeguarded beach and swim between the red and yellow flags. It’s important to remember to swim between those flags because lifeguards put them on the safest stretch of water and patrol this area.”

Britain is not the only country in the grip of a heatwave – Spain is also experiencing extremely hot conditions.

My colleague Zoe Tidman has the details here:

My colleague Chiara Giordano has all the details of the Met Office heat warning below:

Good afternoon and welcome to The Independent’s rolling coverage of the weather as Britons braces for a heatwave.