The plans, which were unveiled on Tuesday by one of her successors, Gavin Williamson, include the appointment of a “free speech and academic freedom champion” to investigate potential infringements, as well as new legislation to help aggrieved academics, students or visiting speakers seek compensation through the courts.

Commenting on the proposals, Greening, who was education secretary between 2016 and 2018, appeared to brush off government warnings of a freedom of speech crisis in universities. She told the Guardian: “Free speech is vitally important, and in my experience, as the engines for debating ideas and views, our universities are already playing a vital role championing it.”

Another former education secretary, Labour’s David Blunkett, who held the portfolio between 1997 and 2001, accused the government of using a sledge hammer to crack a few nuts. “If there is a small problem, and I think there is, sorting this out should be entirely down to the university and the student unions to do so.”

Asked why he thought the government had taken the approach it has, Lord Blunkett said: “It’s about identity politics. They’ve spotted an issue which has a resonance with the electorate and they’ve decided to exploit it.”

Blunkett’s successor, Estelle Morris (2001-02), added: “Yes, I think there’s a problem. It needs addressing, but [the government’s approach] does seem incredibly bureaucratic and heavy handed. They seem to have got all of the guns out of the cupboard at once.

“This is about looking for a change in behaviour and attitudes. These things are really, really difficult to legislate for. I get the feeling that the battle for hearts and minds needs to be won before you go in as heavy as this.”

Another former education secretary, the Conservative Kenneth Baker (1986-89) gave the measures cautious backing but said he would have preferred universities to have dealt with it themselves. “I think it’s very sad that a measure like this has to be taken at all, but there’s no doubt there has been no platforming in some universities.”

The high-profile chair of the Commons education committee, Robert Halfon, said: “I think it is a good idea. There are too many cases of non-platforming or obstacles being placed to stop legitimate debate and discussion.

“As long as no laws are broken, universities should be a haven for debating policy, politics or ideas, however unpalatable or disagreeable some may find it. We need more Voltaire – ‘I disapprove of what you say, but I will defend to the death your right to say it’ – in our higher education.”

Among the government’s proposals is a new free speech condition on universities in order for them to be registered and access public funding, while the Office for Students (OfS), the higher education regulator in England, would have the power to impose fines on institutions if they breached the condition.

The new legal duties will extend to student unions for the first time and will mean they too have to take steps to ensure lawful free speech is secured for members and visiting speakers. Under the plans, universities would be legally required to actively promote free speech.

In the higher education sector there remains scepticism. David Bell, the vice-chancellor of the University of Sunderland and former permanent secretary at the Department for Education, said: “We have not been given any sense of the scale of the problem this proposal is seeking to address. Without that, it is tempting to think that this is a major over-reaction.”

Another vice-chancellor, who did not want to be named, warned: “They’re so obviously trying to wage a culture war but all they’ll do is set the young even further against them.” 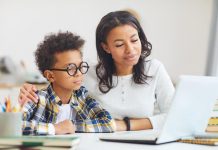 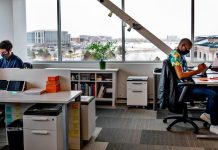 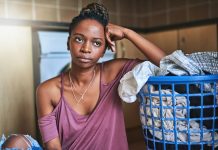