Sitting at a plastic table in the garden of Timisha hotel in Soroti, eastern Uganda, Major General Samuel Kavuma takes a drag of his cigarette and looks down at his phone, which has barely stopped ringing for the past hour.

Swarms of locusts – billions in total – have spread to eight countries in east Africa, after they crossed the Red Sea from Yemen at the end of last year. The insects can travel roughly 90 miles a day and eat their own body weight in crops. The UN has warned the locust swarms could increase 500 times by June, posing a major threat to the region.

In response, Uganda has deployed its army.

Kavuma, 59, doesn’t know why he was put in charge, but he sees the locusts as a formidable enemy.

“When we started two weeks ago we did not know much about these creatures,” Kavuma says. “Now I am a professor. I know how they behave, the pattern of their movements.”

That gives him time to focus operations. Between 7pm and 9pm Kavuma verifies information from civilians who have spotted locusts in their neighbourhoods, and deploys troops. Dozens of soldiers travel through the night, so they can begin spraying pesticide before sunrise.

“This work is done in two phases. Phase number one is to kill these mature locusts. They don’t eat a lot but they lay eggs,” Kavuma explains. “Phase two is mapping the areas they land and sleep [in]. After this then we shall embark on locating and identifying the places where they lay eggs. Then we destroy eggs.”

Kavuma sleeps less than three hours each day, going to bed around 1am and waking again between 3–4am, often flying to the location of that morning’s operation.

He won’t confirm how many soldiers are working on the response, although local media put the figure at 2,000. In early February, Uganda said it had set aside 15 billion Ugandan shillings (around £3.16m) to combat the locusts.

“I have enough soldiers to do the work. I may not give you the number, but the operation has been successful. We have killed and killed millions of these locusts,” says Kavuma, who describes some of the operations as “massacres”.

“They’re there, they’re there,” shouts an officer as soldiers use UN-branded buckets to mix water and bottles of a pesticide containing chlorpyrifos.

There has been some concern around the longterm impacts of chlorpyrifos. In 2015, the Obama administration announced the pesticide would be banned because of evidence it affects the development of children’s brains. This decision was reversed by Trump.

The soldiers fan out across the land, spraying the ground, crops and aiming for the trees, locusts flying through the air around them. The motorised sprayers are unable to reach the higher tree branches.

“[The soldiers] are working but these things, they need airplanes,” says Omony Charles, a 24-year-old boda boda motorbike driver who lives nearby, watching the operation unfold. “The machines are not reaching the top.”

“They are dormant, they are confused, they are very drunk,” a soldier replies, arguing that it takes time for the locusts to die. “But there’s not enough manpower. And when we can’t spray high enough, they get away.”

Other soldiers complain that their masks don’t work, that the protective gear is ripped, and that they are exhausted. “Transport is a problem,” one says, describing the cramped trucks they are moved around in, too packed to sleep. Some of their backpacks leak, dripping pesticide down the legs of soldiers as they spray.

Watching the commotion is a local farmer and mother of six children, Abonyo Shantina, who says she is grateful for the fast military response. The 40-year-old, who grows maize, sorghum, millet and cotton, is worried about the locusts spreading. “We will suffer,” she says. “I’ll struggle to look for food for my children.”

Charles Kama, a 54-year-old civil servant in Kitgum, drives out a water tank to help with the operation. “I think the war has started,” he says. “The locusts will be defeated because I’ve seen the effort [the military is] making.”

“This is a crazy situation but thank God we shall fight it slowly,” says Abitegeka Gerald, a commander in the Ugandan Wildlife Authority, sitting in the front of a military truck as it ploughs through crops to a new position, yellow locusts smashing against the windscreen. Later, he stands in the middle of soldiers shouting orders, holding a plastic bag of live locusts he says he will present to his seniors to show the job has been done.

By 10am, the operation winds down.

Gerald calls it a “successful” morning, though as he talks clouds of locusts continue to fly in circles behind him. “By coming here very early we made sure that we did a massive job of killing … We are making sure that we deter them before they spread all over the country.”

Still, he says, they need assistance. “We are thin on the ground in fighting these locusts. You saw the big swarms, you saw our gadgets and equipment, we definitely need help.” 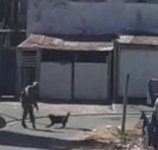 Grouse shoots scrapped as heather burning is banned on moors

As coronavirus keeps us apart, we will let the animals in. I hope we do them justice 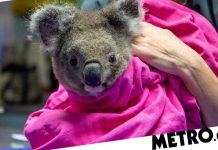 Edible insects set to be approved by EU in 'breakthrough moment' 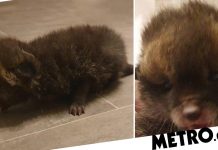