Uber Is Using The Canadian Cannabis Market To Experiment How It Will Enter The U.S.


Uber officially entered the cannabis industry this week with a small pilot program in Canada. Customers in Ontario can order pot products for pickup—but not delivery—from 50 dispensaries through the Uber Eats app.

While the tech giant’s first step into cannabis is a small one, the step is significant because Uber is one of the largest mainstream companies to enter the industry. An important way to look at Uber’s move is not what it looks like today, but what Uber’s role in the cannabis industry could be, especially in the U.S.

Khaled Naim, the CEO and co-founder of Onfleet, a San Francisco-based delivery management software company that works with restaurants, pharmacies and cannabis dispensaries, says that Uber’s move into the Canadian cannabis market is half research and half PR stunt to help the company plant its flag in the industry.

“This is an experiment. They’re probably going to be learning a lot over the next several months and they’ll iterate,” says Naim. “I think what they end up doing in the U.S. will look pretty different.”

Dara Khosrowshahi, Uber’s CEO, said during an interview with CNBC in April that the company is waiting for federal legalization to enter the U.S. market. Cannabis is still illegal under federal law, although there are 36 states that have legalized medical marijuana, adult-use or both.

“When the road is clear for cannabis, when federal laws come into play, we’re absolutely going to take a look at it,” Khosrowshahi said in April.

Naim sees Uber’s move as a way for the company to figure out its best strategy for the cannabis industry in a small, federally legal market before moving into the U.S. Canada legalized marijuana nationally in 2018 and its market will hit about $4 billion in annual sales by the end of this year while the U.S. will hit around $25 billion in sales, according to Cowen.

Uber Eats is starting with online orders and payments in Canada, but Naim doesn’t see that business strategy sticking.

“I don’t see Uber succeeding with this model,” he says. “Uber’s value proposition is really its driver network.”

The challenge for delivery in the U.S. is that in most states that have a legal pot market, deliveries need to be conducted by a licensed dispensary. Marijuana delivery firms like Eaze are fully licensed, so if Uber wants to leverage its driver fleet in the cannabis industry it will have to be licensed.

“If they really want to get in the industry, they’ll have to acquire dispensary licenses in each state,” says Naim.

The model Naim thinks Uber is most likely to take in the marijuana industry is to acquire its way in. Uber did this with alcohol delivery when it acquired Drizly, the Boston-based on-demand alcohol marketplace, for $1.1 billion.

“They’re obviously super interested in the space, and rightfully so—it’s a big market and it’s growing,” says Naim. “If Uber really wants to make a big entry into cannabis it will probably be through a big acquisition.”

Uber is perhaps the most recognizable name to enter the cannabis industry, but it’s only the latest mainstream company to test the burgeoning industry’s waters.

AmeriGas, which is owned by publicly traded parent company UGI Corp., is known for selling propane tanks for backyard grills but sales to commercial cannabis cultivators is one of the fastest-growing segments for AmeriGas, says Caleb Boyer, a sales account manager.

Pennsylvania-based Clark Associates, one of the largest food-service equipment distributors in the U.S., has also started to serve cannabis producers. Kevin Burg, a senior account manager for Clark, says he sells everything from food-safe steel tables to measuring cups to industrial walk-in refrigeration units to companies like Curaleaf.

Socrates Rosenfeld, the CEO of cannabis e-commerce software company Jane Technologies, also sees Uber’s move into Canada as a precursor to its entry into the U.S.

“I do see it as a good test market for them,” says Rosenfeld. “This is their first foray into cannabis and it’s obvious why they chose Canada, because its federally legal up there.”

Rosenfeld also believes that while Uber has experience disrupting regulated industries, “the level of complexity” in the U.S. cannabis market is “orders of magnitude” greater than Canada’s market.

“I think it’s a great first step and a great proxy into understanding how to navigate a legal federal market in a new space,” says Rosenfeld. “But by no means, if you can solve it in Canada can you rinse and repeat and move it down into the U.S.”

At the end of the day, Rosenfeld sees Uber getting into the industry as a good thing.

“Ultimately, it’s great whenever we see a large tech company move into this space because it’s validating that this industry is valuable and is here to stay,” says Rosenfeld. “We need more mainstream buyers and we need more publicly traded companies moving into the space.” 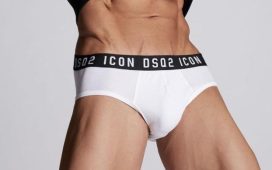 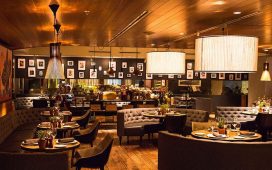 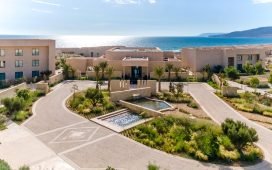 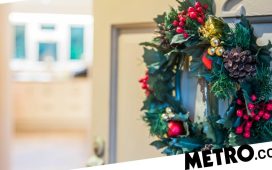 Renter-friendly ways to hang a wreath without drilling or damage 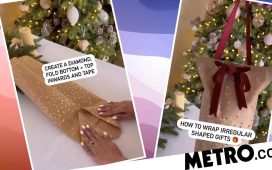 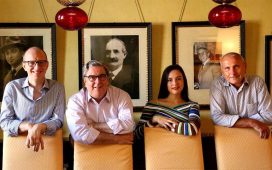 Break Out Some Unusual Wines For The Holiday Meals 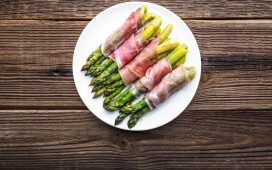