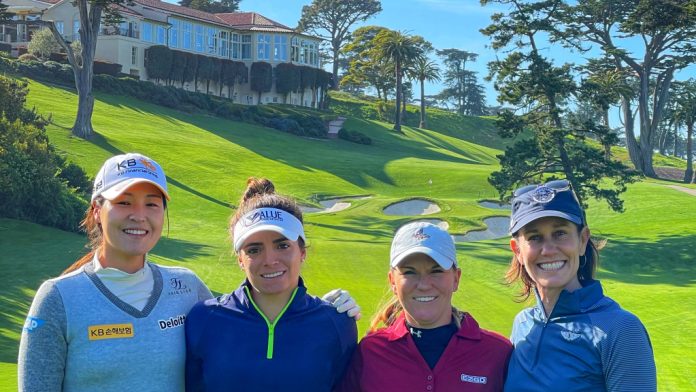 SAN FRANCISCO – Kay Cockerill stood on the third tee box at the Lake Course at The Olympic Club on a crisp, clear day and pointed out the landmarks: Golden Gate Bridge, Harding Park, Sutro Tower.

Cockerill has been in great demand these past several months. The two-time U.S. Women’s Amateur champion and former LPGA pro has played host on many occasions in the run-up to the 76th U.S. Women’s Open.

Cockerill grew up an hour south of Olympic and has been a member of the club for 20 years. Lydia Ko, Sei Young Kim, In Gee Chun, Austin Ernst, Gaby Lopez, Kaitlyn Papp and top-ranked amateur Rose Zhang are among the players who have taken notes from Cockerill during recent rounds.

“Sei Young just waltzed around the golf course,” said Cockerill. “She probably shot even or 1 under without even thinking about it.”

Cockerill, who will work as an on-course reporter for NBC Sports during the championship, encouraged players not to spend too much time around the greens a month out due to softer conditions. This was more of a macro-tour, getting comfortable with atmosphere of the place, the sight lines and the reverse camber fairways, where a hole might move left to right but the fairway slopes the opposite direction.

“It will throw you off-balance and visually makes you unsure and confused on the tee,” she said. “On the fairway, you never have a level lie.”

Cockerill’s best around the Lake Course is an even-par 71. The pep talk she gives herself on the first tee would serve many well this week: Just take a deep breath and don’t try to do too much today – play for pars.

Most folks only hit a handful of greens when they play the Lake Course, said Cockerill. The 156 players in this week’s field aren’t like most, of course. Still, it’s going to be tough to overpower the place. The opening hole is a par 5. Players won’t see another par 5 again until back-to-back par 5s on the 16th and 17th. In between is a relentless stretch of par 4s; Cockerill says the only real birdie holes are Nos. 1 and 7, the latter of which can be made a reachable par 4. 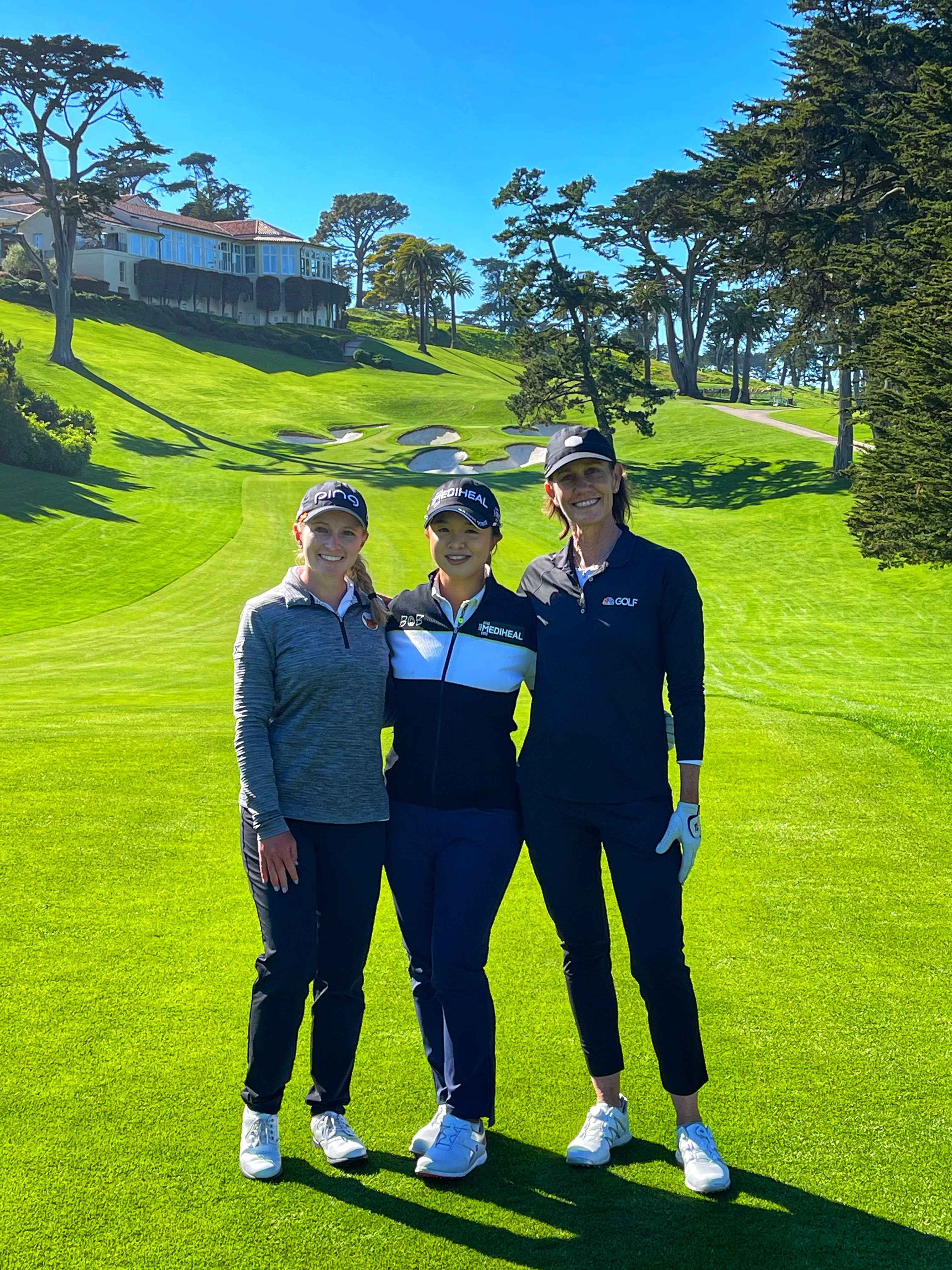 Texas’s Papp, who tied for ninth at last year’s USWO in Houston, will have her dad on the bag this week as she makes her professional debut. Tony Papp was out walking the fairways during the practice round with Cockerill and Ko. It was Papp’s first time playing in the Bay Area and she went back to Texas with plans to work on big breaking putts from inside 10 feet.

A bout with COVID-19 knocked Papp out of the Augusta National Women’s Amateur last April. As the college season wound down in May, Papp still struggled with fatigue and wake-up calls before 9 a.m. That’s unusual for a player who typically bounds out of bed around 6:30 a.m.

“One thing I’ve been battling for a few months or this year,” she said, “is trying not to put too much pressure on myself. … just try to play more free.”

Shannon Rouillard, a longtime friend of Cockerill’s, is in charge of the setup for the U.S. Women’s Open. She asked Cockerill to take notes on several holes and report back with clubs players hit to certain greens.

“(Shannon) has been looking back at all the U.S. Opens,” said Cockerill, “and trying to find a distance that’s comparable for the women.”

Shannon Rouillard, the woman responsible for setting up the USWO, hits a beauty off the 18th. She has an enviable short game! pic.twitter.com/SZyQFBDjPw

Cockerill said Ko shot 2 under on a cold day at Olympic. She got within 30 yards of the green on the par-4 seventh and hit driver off the deck into the par-5 17th, getting within 40 yards. Given that it was 50 degrees at that point with a hurting wind, Cockerill thinks it will be reachable for some.

“She hit a couple of 6-irons that were just beautiful,” said Cockerill. “She’s got so much more height on her mid-irons than she did several years ago.

“I think she has a more dynamic game now.”

For those coming out to watch, Cockerill recommends hanging out on the natural amphitheater around the eighth hole that also offers views of seven and nine. There’s another good spot behind the 10th green, where Cockerill typically orders her burger dogs cooked a little extra with no cheese, grilled onions and a touch of mustard.

As for how tough it will play for the best in the world, Cockerill can see players putting up 66, 67, 68.

“But I defy anyone to shoot that number two or three days in a row much less four days in a row,” she said. “If they do, I can come back and eat crow.”

Michelle Wie West calls winning the U.S. Women’s Open life-changing. In this next chapter, will she be a game-changer? 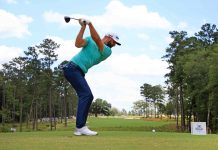 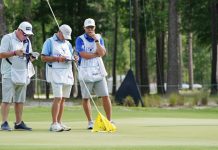 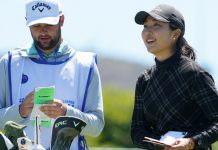 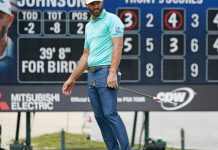 Despite slip up, Dustin Johnson in prime position to win first title in South Carolina 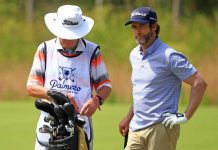 1 skill that separates golfers of all levels, according to a Masters champ 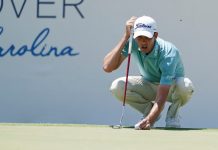 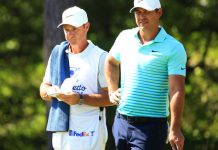 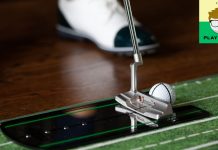 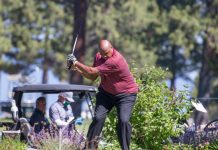 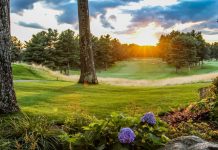 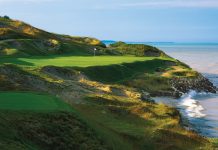