U.S. Pours Money Into Chips, but Even Soaring Spending Has Limits


In September, the chip giant Intel gathered officials at a patch of land near Columbus, Ohio, where it pledged to invest at least $20 billion in two new factories to make semiconductors.

A month later, Micron Technology celebrated a new manufacturing site near Syracuse, N.Y., where the chip company expected to spend $20 billion by the end of the decade and eventually perhaps five times that.

And in December, Taiwan Semiconductor Manufacturing Company hosted a shindig in Phoenix, where it plans to triple its investment to $40 billion and build a second new factory to create advanced chips.

The pledges are part of an enormous ramp-up in U.S. chip-making plans over the past 18 months, the scale of which has been likened to Cold War-era investments in the Space Race. The boom has implications for global technological leadership and geopolitics, with the United States aiming to prevent China from becoming an advanced power in chips, the slices of silicon that have driven the creation of innovative computing devices like smartphones and virtual-reality goggles.

Today, chips are an essential part of modern life even beyond the tech industry’s creations, from military gear and cars to kitchen appliances and toys.

Across the nation, more than 35 companies have pledged nearly $200 billion for manufacturing projects related to chips since the spring of 2020, according to the Semiconductor Industry Association, a trade group. The money is set to be spent in 16 states, including Texas, Arizona and New York on 23 new chip factories, the expansion of nine plants, and investments from companies supplying equipment and materials to the industry.

The push is one facet of an industrial policy initiative by the Biden administration, which is dangling at least $76 billion in grants, tax credits and other subsidies to encourage domestic chip production. Along with providing sweeping funding for infrastructure and clean energy, the efforts constitute the largest U.S. investment in manufacturing arguably since World War II, when the federal government unleashed spending on new ships, pipelines and factories to make aluminum and rubber.

“I’ve never seen a tsunami like this,” said Daniel Armbrust, the former chief executive of Sematech, a now-defunct chip consortium formed in 1987 with the Defense Department and funding from member companies.

President Biden has staked a prominent part of his economic agenda on stimulating U.S. chip production, but his reasons go beyond the economic benefits. Much of the world’s cutting-edge chips today are made in Taiwan, the island to which China claims territorial rights. That has caused fears that semiconductor supply chains may be disrupted in the event of a conflict — and that the United States will be at a technological disadvantage.

The new U.S. production efforts may correct some of these imbalances, industry executives said — but only up to a point.

The new chip factories would take years to build and might not be able to offer the industry’s most advanced manufacturing technology when they begin operations. Companies could also delay or cancel the projects if they aren’t awarded sufficient subsidies by the White House. And a severe shortage in skills may undercut the boom, as the complex factories need many more engineers than the number of students who are graduating from U.S. colleges and universities.

The bonanza of money on U.S. chip production is “not going to try or succeed in accomplishing self-sufficiency,” said Chris Miller, an associate professor of international history at the Fletcher School of Law and Diplomacy at Tufts University, and the author of a recent book on the chip industry’s battles.

White House officials have argued that the chip-making investments will sharply reduce the proportion of chips needed to be purchased from abroad, improving U.S. economic security. At the TSMC event in December, Mr. Biden also highlighted the potential impact on tech companies like Apple that rely on TSMC for their chip-making needs. He said that “it could be a game changer” as more of these companies “bring more of their supply chain home.”

U.S. companies led chip production for decades starting in the late 1950s. But the country’s share of global production capacity gradually slid to around 12 percent from about 37 percent in 1990, as countries in Asia provided incentives to move manufacturing to those shores.

Today, Taiwan accounts for about 22 percent of total chip production and more than 90 percent of the most advanced chips made, according to industry analysts and the Semiconductor Industry Association.

The new spending is set to improve America’s position. A $50 billion government investment is likely to prompt corporate spending that would take the U.S. share of global production to as much as 14 percent by 2030, according to a Boston Consulting Group study in 2020 that was commissioned by the Semiconductor Industry Association.

“It really does put us in the game for the first time in decades,” said John Neuffer, the association’s president, who added that the estimate may be conservative because Congress approved $76 billion in subsidies in a piece of legislation known as the CHIPS Act.

Still, the ramp-up is unlikely to eliminate U.S. dependence on Taiwan for the most advanced chips. Such chips are the most powerful because they pack the highest number of transistors onto each slice of silicon, and they are often held up a sign of a nation’s technological progress.

Intel long led the race to shrink the number of transistors on a chip, which is usually described in nanometers, or billionths of a meter, with smaller numbers indicating the most cutting-edge production technology. Then TSMC surged ahead in recent years.

But at its Phoenix site, TSMC may not import its most advanced manufacturing technology. The company initially announced that it would produce five-nanometer chips at the Phoenix factory, before saying last month that it would also make four-nanometer chips there by 2024 and build a second factory, which will open in 2026, for three-nanometer chips. It stopped short of discussing further advances.

Whether other chip companies will bring more advanced technology for cutting-edge chips to their new sites is unclear. Samsung Electronics plans to invest $17 billion in a new factory in Texas but has not disclosed its production technology. Intel is manufacturing chips at roughly seven nanometers, though it has said its U.S. factories will turn out three-nanometer chips by 2024 and even more advanced products soon after that.

The spending boom is also set to reduce, though not erase, U.S. reliance on Asia for other kinds of chips. Domestic factories produce only about 4 percent of the world’s memory chips — which are needed to store data in computers, smartphones and other consumer devices — and Micron’s planned investments could eventually raise that percentage.

But there are still likely to be gaps in a catchall variety of older, simpler chips, which were in such short supply over the past two years that U.S. automakers had to shut down factories and produce partly finished vehicles. TSMC is a major producer of some of these chips, but it is focusing its new investments on more profitable plants for advanced chips.

“We still have a dependency that is not being impacted in any way shape or form,” said Michael Hurlston, chief executive of Synaptics, a Silicon Valley chip designer that relies heavily on TSMC’s older factories in Taiwan.

The chip-making boom is expected to create a jobs bonanza of 40,000 new roles in factories and companies that supply them, according to the Semiconductor Industry Association. That would add to about 277,000 U.S. semiconductor industry employees.

But it won’t be easy to fill so many skilled positions. Chip factories typically need technicians to run factory machines and scientists in fields like electrical and chemical engineering. The talent shortage is one of the industry’s toughest challenges, according to recent surveys of executives.

The CHIPS Act contains funding for work force development. The Commerce Department, which is overseeing the doling out of grant money from the CHIPS Act’s funds, has also made it clear that organizations hoping to obtain funding should come up with plans for training and educating workers.

Intel, responding to the issue, plans to invest $100 million to spur training and research at universities, community colleges and other technical educators. Purdue University, which built a new semiconductor laboratory, has set a goal of graduating 1,000 engineers each year and has attracted the chip maker SkyWater Technology to build a $1.8 billion manufacturing plant near its Indiana campus.

Yet training may go only so far, as chip companies compete with other industries that are in dire need of workers.

“We’re going to have to build a semiconductor economy that attracts people when they have a lot of other choices,” Mitch Daniels, who was president of Purdue at the time, said at an event in September.

Since training efforts may take years to bear fruit, industry executives want to make it easier for highly educated foreign workers to obtain visas to work in the United States or stay after they get their degrees. Officials in Washington are aware that comments encouraging more immigration could invite political fire.

But Gina Raimondo, the commerce secretary, was forthright in a speech in November at the Massachusetts Institute of Technology.

Attracting the world’s best scientific minds is “an advantage that is America’s to lose,” she said. “And we’re not going to let that happen.” 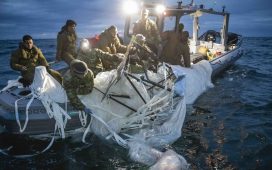 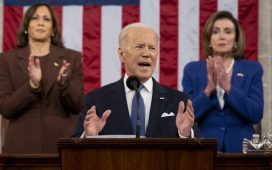 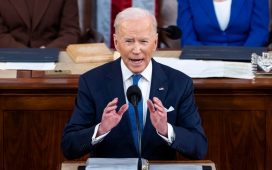 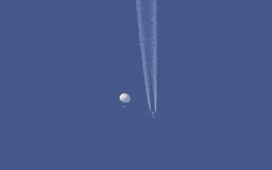 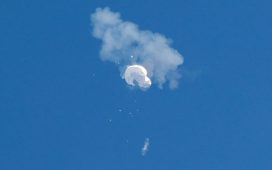 Koch Network, Aiming to ‘Turn the Page’ on Trump, Will Play in the G.O.P. Primaries