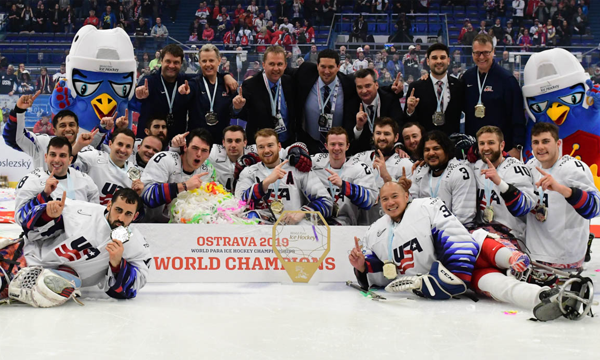 In the 2018-19 season, the U.S. National Sled Team boasted a 10-1-0-1 (W-OTW-OTL-L) record, including an undefeated 4-1-0-0 (W-OTW-OTL-L) mark at the 2019 Para Ice Hockey World Championship in Ostrava, Czech Republic. Team USA came from behind to defeat Canada, 3-2, in overtime in the gold-medal game to capture its fourth gold medal in world championship history.

The U.S. National Sled Team opened the 2018-19 season with a perfect 5-0-0-0 (W-OTW-OTL-L) record at the 2018 Para Hockey Cup, where Team USA earned its fifth-straight title in the event. In the tournament’s 12-year history, the U.S. has claimed a record-setting seven titles.

The 17-player roster, which included 12 returnees from the the 2018 U.S. Paralympic Sled Hockey Team that claimed an unprecedented third-straight gold medal, was comprised of 10 forwards, five defensemen and two goaltenders from 11 different states. 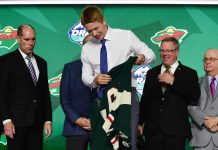 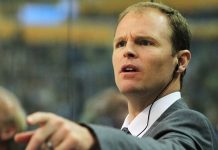 Tom Fitzgerald, Kevyn Adams well-suited for the challenges they face 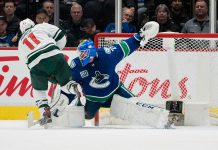 The Hockey News Podcast: Previews and Predictions for the Western Conference qualifying round 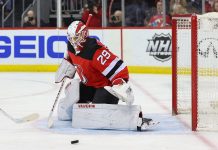 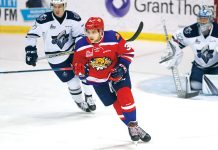 European prospects could have themselves a super-sized 2020-21 season 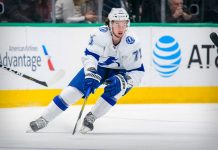 NHLers in the Olympics is back on the table. That’s great for some countries – and bad news for others 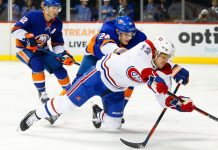 How many NHLers will opt out of the playoffs? Try zero