U.S. President Joe Biden speaks on workers rights and labor unions in the East Room at the White House on September 08, 2021 in Washington, DC.

WASHINGTON – President Joe Biden is slated to announce the formation of a new security partnership between the United States, Australia and the United Kingdom that seeks to strengthen stability in the Indo-Pacific region as China expands its military might and influence.

Prime Ministers Scott Morrison of Australia and Boris Johnson of the United Kingdom are expected to join Biden virtually for the announcement of the partnership.

The formation of the trio comes as the U.S. and U.K. end their 20-year military involvement in Afghanistan, a decision Biden has said will allow the U.S. to focus on emerging threats from Russia and China.

A senior Biden administration official, who spoke on the condition of anonymity ahead of the announcement, said the U.S., Australia and the U.K. plan to deepen technology sharing across emerging security arenas like cyber, artificial intelligence and quantum technologies.

The U.S. and U.K. will also assist Canberra in acquiring nuclear-powered submarines, which will allow Australia’s navy to help counter Chinese nuclear-powered vessels in the region.

“This will give Australia the capability for their submarines to basically deploy for longer periods, they’re quieter, they’re much more capable, they will allow us to sustain and to improve deterrence across the Indo-Pacific,” the official said.

“What we’re seeing in the Indo-Pacific region is a set of circumstances where capabilities are more advanced,” the official added. “This allows Australia to play at a much higher level, and to augment American capabilities.”

The administration official downplayed the notion that the new security partnership sought to send a message specifically to China.

“I do want to just underscore very clearly this partnership is not aimed or about any one country, it’s about advancing our strategic interests, upholding the international rules-based order and promoting peace and stability in the Indo-Pacific,” the official said.

Yet the announcement of the security partnership focused on the South Pacific-Indian Ocean region comes as Biden attempts to reframe the United States’ approach to the Chinese government in the wake of the Trump administration’s trade war and as the world continues to grapple with the Covid pandemic, which originated in Wuhan, China.

Biden, who spoke to Chinese President Xi Jinping last week, has previously said that his approach to China would be different from his predecessor’s in that he would work more closely with allies in order to mount pushback against Beijing.

Secretary of Defense Lloyd Austin speaks during a media briefing at the Pentagon, Wednesday, Aug. 18, 2021, in Washington.

The Pentagon is also moving to contend with the rapid expansion of China’s military.

Earlier this year, Defense Secretary Lloyd Austin directed the Pentagon to place China and its military buildup at the center of American defense policy.

“This directive from the Secretary is ultimately about getting the Department’s house in order and ensuring that the department lives up to the stated prioritization of China as the No. 1 pacing challenge,” a senior Defense official, who spoke on condition of anonymity, said in June.

This is a developing story. Check back for updates.

Murder accused gunned down in courtroom in India 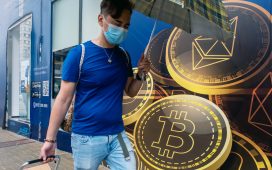 Damien Bendall to go on trial for murder over Killamarsh deaths 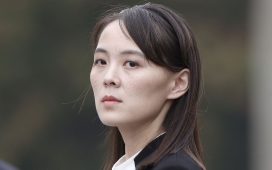 The Evergrande crisis may just be a ‘tempest in a teapot,’ says analyst 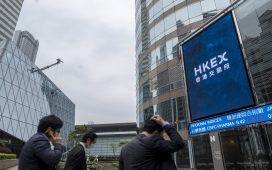 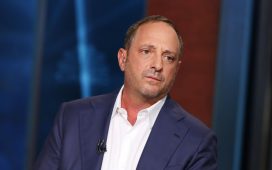