Four people were killed and 17 were missing after the most powerful typhoon to hit Japan in decades paralysed Tokyo, flooding rivers and putting millions under evacuation warning before it ploughed up the north-eastern coast.

Authorities lifted rain and flood warnings for the Kanto region around a becalmed Tokyo before dawn on Sunday but imposed them on areas further north after super-typhoon Hagibis blasted through the capital.

Attention focused on Fukushima, where Tokyo Electric Power Co overnight reported irregular readings from sensors monitoring water in its Fukushima Daiichi nuclear plant, which was crippled by the 2011 earthquake and tsunami.

Four people died in Chiba, Gunma, Kanagawa and Fukushima prefectures surrounding Tokyo, according to public broadcaster NHK. Among them was a man in his 60s who was found with no vital signs in a flooded apartment in Kawasaki, NHK said. Seventeen were missing early on Sunday, it said.

Evacuation orders had been issued to more than 800,000 households in Tokyo on Saturday as Hagibis threatened power cuts and widespread flooding.

Storm surges and high waves raised sea levels by more than a metre along some stretches of the coast, and waters in Tokyo Bay were up by 50cm, increasing the danger of severe flooding in the city centre.

The heavy rain caused a river in Nagano prefecture, north-west of Tokyo, to flood its banks. Some houses along the Chikuma river were nearly fully submerged in water and at least one person was rescued from the roof of a house by helicopter, NHK said. Part of a road was swept away in flooding.

Authorities issued evacuation advisories and orders for more than 6 million people across Japan as the storm unleashed the heaviest rain and winds in years. Some 80 injuries were reported while more than 270,000 households lost power, NHK said.

On Saturday the Japan Meteorological Agency issued a level-five warning, its highest, and urged more than 45 million residents of Tokyo, Kanagawa, Saitama, Gunma, Yamanashi and Nagano prefectures to find a secure building or move to higher floors. It lifted the alerts early on Sunday.

Authorities said they were planning to release water from the Shiroyama dam, 50km west of Tokyo, to reduce the risk of it bursting. They urged residents of six nearby towns to protect themselves as discharging water into an area already experiencing torrential rain was expected to cause severe flooding. About 17,000 military personnel were placed on standby for rescue operations.

The giant storm measuring 1,400km across and capable of producing 200km/h winds was compared to 1958’s typhoon Ida, which wrought destruction across the Greater Tokyo area and eastern Shizuoka prefecture, killing 1,200 people. The death toll is unlikely to be anywhere near as high this time thanks to Japan’s stringent building safety standards and comprehensive disaster warning systems. Emergency alerts accompanied by loud chimes were being sent direct to tens of millions of smartphone users in the affected areas.

By Saturday morning roofs had been ripped off houses in Chiba prefecture. This area, north-east of Tokyo, was still recovering from September’s typhoon Faxai which killed three people, injured more than 40 and left hundreds of thousands of homes without power.

On Saturday a 50-year-old man was killed in Chiba when his car was flipped over by the wind, while another person died after being washed away in a car, NHK said.

“When the winds suddenly hit they blew the roof off my house,” a resident told NHK. “The noise was awful. One of my three children was injured and is now in a hospital.”

Adding to the danger of landslides, an earthquake measuring four in Chiba on the Japanese seismic intensity scale, whose highest grading is seven, hit the Pacific Ocean at 6.22pm local time on Saturday.

Tokyo Disney Resort shut down on Saturday for the first time since the earthquake and resulting deadly tsunami in 2011 that killed nearly 20,000 people, while all bullet trains and most flights in and out of the greater Tokyo area and its surrounding prefectures were cancelled.

The Tokyo metropolitan government opened an evacuation centre in Tokyo’s Ueno district for foreign tourists stranded by the shutdown. Organisers cancelled Saturday’s qualifying session for the Suzuka grand prix, although the race was expected to take place on Sunday afternoon.

The England v France World Cup rugby game, due to have been played in Yokohama on 12 October, was cancelled the previous day. A decision on Sunday’s match between Japan and Scotland was due following an inspection scheduled late on Saturday night.

Scotland, who would be eliminated from the World Cup if the match were to be cancelled, called for the game to be switched to Monday. “Right from the get go, we said we would play any place, anywhere, behind closed doors, in full stadiums,” said Scottish Rugby’s chief executive, Mark Dodson.

Hagibis is expected to head out to sea on Sunday evening. 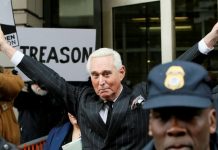 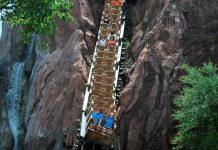 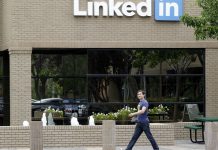 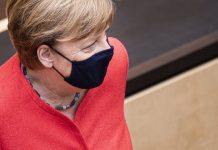 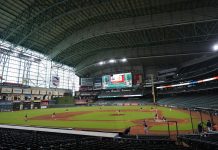