LONDON – A 32-year-old venture capitalist’s new fund has caught the eye of Twitter, Google execs and the billionaire founder of Clash of Clans maker Supercell.

Nathan Benaich, founder and general partner of boutique VC firm Air Street Capital, announced last week that he has raised a new $17 million fund from a host of big names to invest in start-ups in the U.S. and Europe that have artificial intelligence at their core.

But who is this investor and why are people in Silicon Valley and beyond so keen to back him?

Benaich has straddled the worlds of venture capital and artificial intelligence for almost a decade. Unlike many VCs, he is known for having a firm grasp on the latest developments in AI and which companies are behind them.

“Of all the VCs I know — Nathan is one of the most well informed on all things AI,” said Andrew Trask, a senior research scientist at AI lab DeepMind, which is owned by Google parent Alphabet, on Twitter when the fund was officially unveiled. “I’ve always been impressed with his level of insight into the field.”

That said, Benaich is yet to personally back a start-up that has gone on to be a multibillion dollar success story — a metric often used to judge VCs. Time will tell if Air Street Capital can do this.

One VC, who wanted to remain anonymous due to the sensitive nature of the discussions, questioned whether Benaich has an adequate track record, adding that they suspect people are investing in his fund because of his personality, work ethic and expertise.

Born in Geneva, Switzerland, Benaich got into early-stage start-up investing in 2013 after completing a biology degree at Williams College and a PhD at the University of Cambridge that focused on how advanced computing methods and forms of AI can be used in cancer research.

He started out at Playfair Capital, where he led a seed investment into street level imagery platform Mapillary, a Swedish firm that was acquired by Facebook in June for an undisclosed sum. Playfair also backed AI music firm Jukedeck, which was acquired by TikTok parent company ByteDance in July last year. In 2017, Benaich joined Berlin’s Point Nine Capital, which has invested in European start-ups like London fintech Revolut and food delivery start-up Delivery Hero.

Jukedeck founder Ed Newton-Rex, who is now a product director at TikTok in Europe, told CNBC that Benaich probably knows the AI space better than any other VC in Europe.

“He’s an AI researcher himself, so he really understands the tech, and he’s been involved in investing in AI start-ups since long before the current hype around them,” said Newton-Rex. “He’s a really smart guy, with a pretty unparalleled knowledge of the space, and I think that’s why people are supporting him.”

Benaich’s large network, which is easily recognizable on social media, will have undoubtedly helped him raise the new fund.

He runs several popular AI events and meet-ups including London.AI and The Research and Applied AI Summit, while his annual State of AI report, which he writes with entrepreneur-turned-angel investor Ian Hogarth, has developed a reputation for being one of the most informative AI reports produced in Europe.

As the solo general partner, Benaich is the only full-time investor at Air Street Capital. However, he’s got support from the likes of Jeff Dean, Google’s head of AI, and Supercell founder Ilkka Paananen, who have also invested in his fund.

“We will work together on sourcing and diligence, and also on portfolio support,” Benaich told CNBC, adding that he will invest 66% of the fund in European companies and 33% in U.S. companies. Companies focusing on solving “major problems” in the enterprise, consumer and life sciences sectors will receive the bulk of the funding.

Benaich claimed that there was “good demand” to invest in the Air Street Capital fund, with plenty of firms and individuals showing an interest.

The money from Twitter is coming straight off the company’s balance sheet, Benaich said, but he refused to specify how the talks with the micro-blogging platform came about. Twitter declined to comment.

The Air Street Capital fund has already been used to back nine companies and the first investment took place in January 2019. Today, portfolio companies include AI chipmaker Graphcore and health science company Zoe, which has been tracking the spread of coronavirus across the U.K.

“I will do about 25 (investments) in total,” Benaich said, adding that each investment will be around $700,000. “Probably about five a year, or something like that. We’re looking for significant market impact. That could be through a company like DeepMind, but it’s probably more likely … to be a company that’s focused on building anything from infrastructure, (to) developer tools to dedicated applications.” 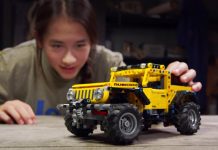 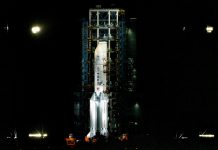 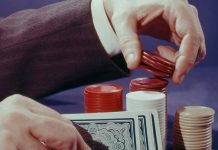 What puzzles and poker teach us about misinformation 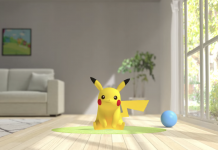 Pokemon released an official Pikachu ASMR video and it's… something – CNET 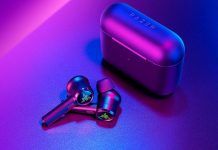 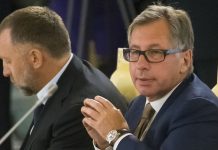 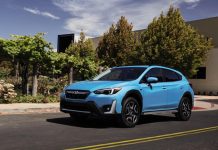 2021 Subaru Crosstrek Hybrid only gets a $200 price increase – Roadshow

Amazon workers in bid to unionize at Alabama warehouse 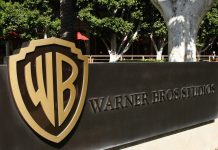