President Joe Biden has issued a proclamation recognising the 100th anniversary of one of the bloodiest episodes of racist violence in the US, in which hundreds of Black people in Tulsa were killed and no one was ever charged with a crime.

“I call on the American people to reflect on the deep roots of racial terror in our nation and recommit to the work of rooting out systemic racism across our country,” the president said in a Memorial Day proclamation.

He also urged the federal government to “reckon with and acknowledge the role that it has played in stripping wealth and opportunity from Black communities.”

He introduced his proclamation a day before delivering remarks from Tulsa to recognise the anniversary.

The president pointed to the decades of systemic injustice that followed the massacre in 1921, including prohibitive building codes, redlining, industrial zoning, and federal highway construction through a Black community destroyed by a white mob that burned 35 blocks and left thousands of residents homeless.

“The attack on Black families and Black wealth in Greenwood persisted across generations,” Mr Biden said.

The proclamation commits to the three known living survivors – Viola Fletcher, Hughes Van Ellis and Lessie Benningfield Randle – as well as their families and to the US that “we will never forget,” Mr Biden wrote.

“We honor the legacy of the Greenwood community, and of Black Wall Street, by reaffirming our commitment to advance racial justice through the whole of our government, and working to root out systemic racism from our laws, our policies, and our hearts,” the president said in his Memorial Day message.

He called on Americans to “commemorate the tremendous loss of life and security that occurred over those [two] days in 1921, to celebrate the bravery and resilience of those who survived and sought to rebuild their lives again, and commit together to eradicate systemic racism and help to rebuild communities and lives that have been destroyed by it.”

His message stands in stark contrast to former president Donald Trump’s relationship with Black residents in Tulsa, where he sought to hold a Juneteenth campaign rally in 2020 just days after the community had planned a series of events to recognise the massacre, as officials began an excavation project in what is thought to be a mass grave for its victims.

The coronavirus pandemic forced the community to postpone its events, yet Mr Trump intended to kick off his re-election campaign on a day that commemorates the end of enslavement in the US, near the site of the massacre, as it approached its 100th anniversary, in the middle of nationwide uprisings against police violence against Black people.

Mr Trump ended up rescheduling his event to the following day, after widespread criticism.

The president’s visit to Tulsa on Tuesday comes as the community and survivors continue to demand justice from the city and state for its role in the violence that upended a once-flourishing Black community and robbed it of decades of intergenerational wealth and has been compounded the effects of institutional racism that followed.

A city-organised event – with John Legend and Stacey Abrams – was reportedly cancelled after disagreements with survivors over reparations, still elusive after decades of inaction and recommendations from advocates and a commission tasked with investigating the massacre.

Survivors and community members have also criticised fundraising efforts for a museum project that has not benefitted the survivors or their families, according to advocates.

Mr Biden is expected to visit the Greenwood Cultural Center and meet with survivors during his visit.

Members of the Congressional Black Caucus are also expected to attend events in Tulsa on Tuesday. 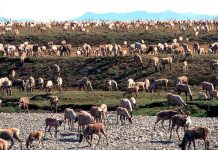 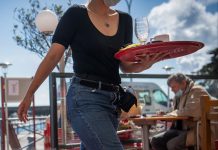 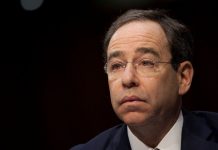 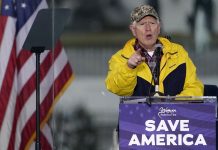 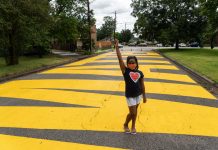 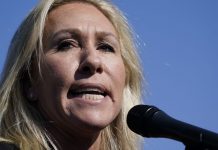 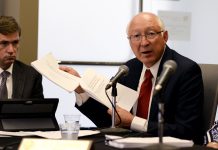 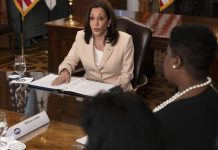