Fox News host Tucker Carlson went on a tirade blasting the military readiness of the US on the same day that President Joe Biden announced that the leader of Al-Qaeda had been killed.

On Monday night, Mr Carlson also laced into House Speaker Nancy Pelosi, who was slated to land in Taiwan on Tuesday along with fellow Democratic lawmakers for a trip that has been criticized for ratcheting up tensions with China. China notably considers the island part of its own territory.

“Nancy Pelosi … has no understanding of what she is doing or what might happen if she does it”, Mr Carlson said ahead of Ms Pelosi’s trip. “No one wants to say it out loud, but the truth is, she can’t know because, like Kamala Harris, she’s never even been in a bar fight. She has no understanding of violence or its consequences and there are consequences, including the potential deaths of millions of people.”

“This is exactly the wrong time, the craziest possible time, to send an 82-year-old narcissist to Taiwan”, he added. “The US has never been less ready for war, particularly for war with China, and the Biden administration has done everything it can to make certain that we are not ready for a war with China or even with the Taliban.”

Mr Carlson claimed that “Biden has, since the day he took office, politicized and weakened the United States military systematically to the point we are not going to win a war against China”.

“General Mark Milley out there telling Congress that soldiers need to learn about White rage because otherwise they’ll be unprepared for combat”, the Fox host added. “Attacking people on the basis of their skin colour, right? Firing Navy SEALs because they won’t get the vaccine, the healthiest people in the world and they’re fired because they won’t get the vaccine and then just to make totally clear what the point is and the point, of course, is humiliation and degradation, the destruction of centuries-old military traditions, let’s have drag shows on military bases, which they are now doing. No one should be surprised that people don’t really want to join a military like that, a woke military.”

Fellow Fox News host Sean Hannity took a similar angle and claimed that the world is less safe with Mr Biden in the White House on the same day the administration took out a terrorist leader.

On Monday night, Mr Biden spoke to the nation saying that a recent airstrike had eliminated “the emir of al Qaeda”, Ayman al-Zawahiri, on Saturday in the Afghan capital of Kabul.

The president said that “al-Zawahiri was [Osama] bin Laden’s leader. He was with him the whole time. He was his number-two man, his deputy at the time of the terrorist attack of 9/11. He was deeply involved in the planning of 9/11, one of the most responsible for the attacks that murdered 2,977 people on American soil”.

Bin Laden was killed by US forces on 2 May 2011. Mr Biden added that al-Zawahiri spent “decades” serving as the “mastermind behind attacks against Americans, including the bombing of the USS Cole in 2000, which killed 17 American sailors and wounded dozens more”.

“He played a key role in the bombing of US embassies in Kenya and Tanzania, killing 224 and wounding over 4,500 others”, Mr Biden said on Monday evening.

In response to Mr Carlson and Mr Hannity’s remarks, social media users were quick to blast the critics.

“Refresh my memory … how much time does he have in service??” one Twitter user responded.

“That anyone listens to this soft, pampered child-man who was born with a silver spoon in his mouth is something I’ll never understand”, another Twitter user said.

Former Democratic Congressional Candidate Russel Foster wrote that “it’s amazing that the party that always says that they support our troops constantly trashes them on TV while Republicans in Congress vote against helping our troops get the healthcare they deserve. They are for pouring $$ into the military complex, but not supporting our troops”.

“Mr Carlson is profoundly ignorant of US military capability. He seems totally unaware of our ability to project power in multiple theaters at this moment. It’s quite sad, if not disgusting”, George Shipley added.

“As someone who started paying attention to politics in the 90s, Republicans openly hating the US military is by far the strangest development in the last 30 years”, Joe Katz said.

“The Russians are haemorrhaging in Ukraine and there’s not enough Al-Zawahiri to fit in a shoebox”, the account holder added.

“LESS SAFE? These idiots are seriously NUTS! Biden just took out the #2 guy responsible for 911! How is that LESS SAFE?” another Twitter user asked. 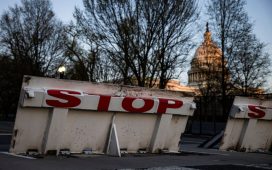 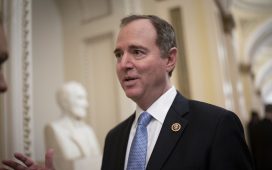 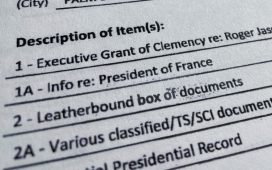 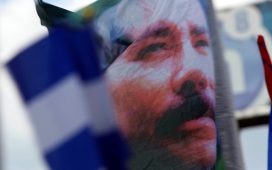