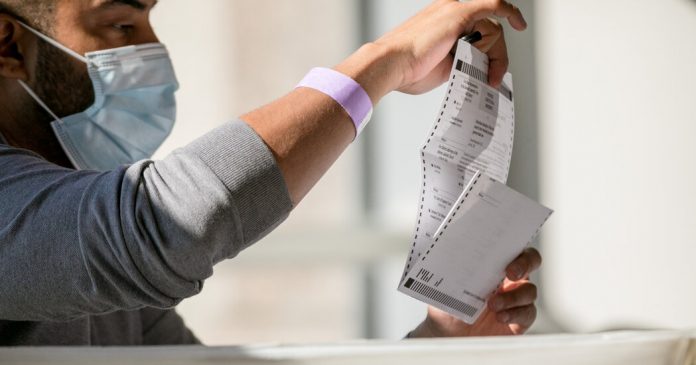 Hi. Welcome to On Politics, your guide to the day in national politics. I’m Lisa Lerer, your host.

ATLANTA — What the president of the United States did tonight wasn’t complicated but it was stunning, even after four long years of the politically extraordinary.

In his remarks tonight from the White House, Mr. Trump lied about the vote count, smeared his opponents and attempted to undermine the integrity of our electoral system.

“If you count the legal votes, I win,” he said, before ticking off a litany of baseless claims about ways his campaign had supposedly been cheated by his opponents, nonpartisan poll workers and a vast conspiracy of technology companies and big business.

But nothing is “rigged” or “stolen” or “illegal.” No one is “doing a lot of bad things.”

And he’s apparently decided to try and take our system down with him.

Joe Biden has been cutting into Mr. Trump’s lead, or expanding his own, in three of the four states that will decide the next president: Pennsylvania, Georgia and Nevada. Notably, in the state where Mr. Trump appears to be making gains — Arizona — the president seems to take little issue with the vote count.

The votes that Mr. Trump calls “late” and “illegal” were postmarked by Election Day, making them valid. In Pennsylvania, the Republican-led state legislature wouldn’t allow poll workers to start counting mail ballots until Election Day. So now, they’re being counted.

Instead of letting the process play out, the president is calling on election officials to stop counting ballots, potentially disenfranchising hundreds of thousands of voters. As James Baker, the former secretary of state who led the Republican legal and political team during the Florida recount battle in 2000, told my colleague Peter Baker today: “That’s a very hard decision to defend in a democracy.”

There’s also a pragmatic question about the president’s allegations: If Democrats were going to rig an election, why didn’t they do a better job of it? After many Democrats all but predicted a landslide, the party has so far lost seats in the House and faces a steep path to take control of the Senate. Mr. Trump touted those Republican victories in his comments tonight.

On social media, his family members and allies have been calling for Republicans, like Senator Lindsey Graham, to support the president’s claims — even trying to make the issue an early litmus test for the 2024 campaign. (We haven’t even finished with 2020!) Of course, Republicans who back Mr. Trump could be throwing into question the validity of their own victories.

So with a few exceptions, they’ve largely returned to the position they often adopt with the president: silence. But it may become increasingly difficult to stay quiet.

As he has for months, Mr. Trump indicated that he would not accept the results of the election and would encourage his supporters to do the same — a dangerous game in an already heated political environment. And at least a few voters are listening.

In Arizona, it’s hard for Carla Livak to believe the president could lose her state, where supporters have turned out by the tens of thousands for his rallies, and where car parades in his honor have stretched for miles.

“It’s just hard to believe everything is this close,” she said. “I just don’t believe that.”

The 70-year-old Tucson resident said she thinks that there’s something suspicious happening with vote counting.

“It does feel like with big tech ganging up to censor things, that there are tentacles of power that are unseen,” she said. “He has enemies that are so big, it’s not out of the realm of possibility.”

One thing is certain: Win or lose, Mr. Trump’s conspiracy thinking, and its influence on his supporters, will be part of his legacy.

We want to hear from our readers. Have a question? We’ll try to answer it. Have a comment? We’re all ears. Email us at onpolitics@nytimes.com.

What’s going on in the undecided states

Here’s the latest, as of 9 p.m., on where things stand in the remaining battleground states. For the latest numbers, head to our results pages.

Trump leads Biden, 49.4 percent to 49.3 percent, with more than 98 percent of the estimated vote in.

Keep in mind: Thousands of ballots are left to be counted in Georgia, an official with the secretary of state’s office said Thursday afternoon. Most are in Democratic-leaning counties. The state aims to finish its count by the end of the day.

Keep in mind: The state’s top election official said late Thursday that the counties were “still counting” and did not give a direct answer as to how many ballots were still outstanding, estimating that it was “several hundred thousand.” She did not offer any timetable as to when counting in the state would be complete. Most of the votes yet to be counted are in counties where Mr. Biden is ahead, including Philadelphia, the state’s most populous county.

Keep in mind: Nevada has about 190,000 ballots still to be counted, the secretary of state said Thursday afternoon. Ninety percent of them are from Clark County, where Mr. Biden currently leads by eight percentage points. All of the Election Day vote has been counted, leaving only Democratic-leaning late mail and provisional ballots to be tabulated.

To keep in mind: Mr. Trump needs to win about 60 percent of the remaining votes to capture the state. More results are expected to be released Thursday night.

Trump leads Biden, 50 percent to 48.6 percent, with 95 percent of the estimated vote in.

Keep in mind: With most votes now tabulated, Mr. Biden would need to win about two-thirds of the remainder to pull ahead. Mail ballots postmarked by Election Day will be accepted until Thursday, Nov. 12.

Thanks for reading. On Politics is your guide to the political news cycle, delivering clarity from the chaos. 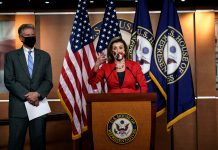 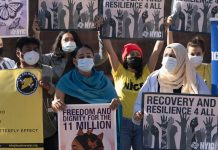 Some big, early shifts on immigration expected under Biden 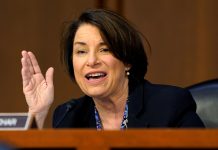 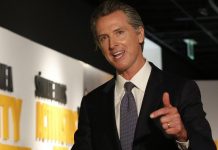 ‘I don’t think that would be helpful’: Anthony Fauci hopes Trump doesn’t fire him after veiled threats 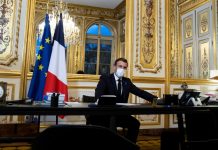 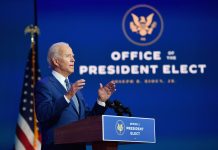 Here's when the results of the 2020 election will be finalized 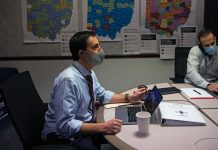 The Times Called Officials in Every State: No Evidence of Voter Fraud 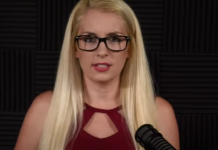 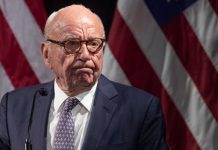