When Donald Trump began campaigning for the presidency that he captured in 2016, he promised to decimate the Affordable Care Act. His agenda was in no way hidden. “It’s gotta go,” Trump said of the ACA in an interview with CNN’s Dana Bash. “Repeal and replace with something terrific.”

More than five years later, the president still hasn’t articulated a plan for a system to replace Obamacare. But his administration’s repeated attacks on Barack Obama’s signature presidential achievement, along with other policy decisions, have contributed to a dramatic surge in the number of uninsured Americans – and provoked a movement that might shape the results in two huge battleground states.

“There is absolutely no doubt that healthcare is one of the top issues in this election and one of the most important for Latino voters in Florida,” said Abel Iraola, a spokesman for the Florida office of NextGen America, which supports progressive candidates by rallying the youth vote. “Latino families in Florida are facing the brunt of this crisis on every level, from healthcare to their pocketbooks.”

This was true well before the pandemic hit, and not just for Latinos. According to a Capital & Main analysis of data released by the US census bureau last month, the number of uninsured Americans increased by 2.3 million in the first three years of the Trump administration – prior to the onset of Covid-19, which has since prompted mass layoffs and job and benefits losses in the millions. Moreover, from 2016 to 2019, the two states that saw their numbers of uninsured rise most sharply were Florida, with 240,000 newly uninsured, and Texas, which saw its count swell by an astounding 689,000.

Those two states, both captured by Trump in his first presidential run, are now considered dogfights, and their collective 67 electoral votes could easily swing the election. Trump won Florida by 1.2 percentage points in 2016, but a compendium of polls by FiveThirtyEight in mid-October showed Joe Biden with a 4.6-point lead. And in Texas, where a Democratic presidential candidate has not taken the general election since Jimmy Carter in 1976, Trump is averaging just a 1.4-point lead. Four years ago, he took the state by nine points.

“I think, I firmly believe – I almost know – that this election for president is going to come down to Texas,” Beto O’Rourke told CBS News. “My contention is that this is Biden’s to lose.”

As the 2016 results proved, forecast models for a country as large as the US are inherently difficult, and the fate of those electoral votes this year remains unknown. But there’s another factor at work in both Texas and Florida that could spell a difference: a Latino population that has been put under crushing economic pressure and health insecurity by Trump administration policies and has been mobilized into action by pro-Democratic organizers.

“There’s a lot of energy to turn this cultural anti-immigrant momentum around,” said Alison Yager, director of policy advocacy for the Florida Health Justice Project, a nonprofit that does not take political positions. “Advocates are very motivated to remedy this.”

The issue of healthcare drives that motivation, and there is little question that the Trump years have been brutal on Latinos. The attempt to dismantle Obamacare initially failed, but congressional Republicans managed to effectively eliminate the individual mandate, which had assessed penalties on those who did not obtain health insurance and prompted more to participate. Trump’s administration, meanwhile, slashed funding for outreach programs designed to help people sign up for insurance through the ACA. More ominously, it is asking the US supreme court to wipe out the ACA entirely while trying to fast-track a conservative nominee, Amy Coney Barrett, whom many Democrats believe would agree to strike down the law.

According to data compiled by the Kaiser Family Foundation, Florida has more people enrolled through the ACA exchange than any other state: 1.9 million. Texas is third at more than 1.1 million. (California is second.) “Many of the zip codes with the highest rates of enrollment in Florida, and by extension the country, are heavily Latino,” Iraola said.

Florida and Texas, led by Republican governors, also are two of the 12 states that have declined to expand Medicaid coverage, severely limiting healthcare access for millions of low-income workers. In Texas, Latinos comprised 61% of the non-elderly uninsured in the state in 2018 (the most recent year available) despite accounting for only about 40% of its population, according to the Kaiser Family Foundation.

“An often-ignored factor in the ‘Texas miracle’ economy is the outsized contribution of immigrant Texans who drive essential sectors, including agriculture and construction,” the state legislators Rafael Anchia and Mary González wrote in the El Paso Times. “Instead of protecting our essential workers on the front lines of this pandemic, we are putting their lives at risk by denying them health coverage.”

A report by the Commonwealth Fund, meanwhile, found that Florida was one of 17 states with more than a five percentage point disparity in the uninsured rates between white and both Black and Hispanic adults. According to 2018 census data, 15% of white adults in Florida were uninsured, compared with 21% of Black adults and 26% of Hispanics. The Commonwealth report declared Florida’s health system to be among the worst in the nation, adding that it has more children without a “medical home” than any other state.

Latino children in Florida and Texas have suffered during the Trump years, according to a report just released by the Georgetown University Health Policy Institute. Texas is home to 19.7% of the nation’s Latino children but now accounts for 37.4% of its uninsured Latino kids, said Edwin Park, a research director at the institute. In 2019, Florida was one of the five states with the highest rates of uninsured Latino children at 9.6%; Texas was the highest, at 17.5%, according to the Georgetown report. Overall, Latino children have experienced the greatest loss of health coverage, by percentage, of any ethnicity in the US during the Trump years of 2017-19, pre-Covid.

Those kinds of numbers exasperate advocates like Yager, who noted that the combination of administration policies and the pandemic itself have taken a deep toll on Latino families. “Huge numbers of people have lost their insurance in just the last six months, and that includes essential workers,” she said. “That’s a cohort of newly uninsured in non-expansion states, when we should be using every tool available to us to see to it that every kid who can be covered is covered.”

And the Trump administration’s changes to the “public charge” rule, which allows the government to deny green cards and visas to immigrants who have received public assistance such as Medicaid, “clearly plays an important role here”, Yager said. “Immigrants are shying away from using benefits, including healthcare, for fear of jeopardizing their status – even though in many cases these are benefits they’re absolutely entitled to. It’s a repressive force that is really clearly intended to intimidate.”

Will any of it matter when it comes to voting in a presidential election? Late summer polling certainly suggests so – and so does recent political activity in Florida and Texas.

In a poll conducted last month by the University of Houston and Univision, more than 90% of Latino voters in Texas said they were certain or likely to participate in the election – and 66% said they would vote for Biden, compared with 24% who said they’d vote for Trump. A New York Times/Siena College poll in September had Biden at 57% to 32% for Trump among Hispanic voters there. That’s a significant development in a state in which 30% of eligible voters are Latino.

Florida’s Latino vote is more difficult to gauge, in part because it incorporates people of Cuban, Puerto Rican, Venezuelan and other backgrounds who often have wildly disparate political views, including whether to become involved at all. A Univision poll showed Biden with a 52% to 36% lead over Trump among registered Latino voters in the state.

Both the Trump and Biden campaigns have poured money and resources into Florida, where Biden is attempting to rally Puerto Rican voters and Trump hopes to secure his base of Cuban American support. In Texas, meanwhile, the story is being written in capital letters; there, Biden’s $6m advertising buy has been augmented by a $1m push from the Lincoln Project, a group of current and former Republicans working to defeat Trump. Among their primary missions: appeal directly to Hispanic voters, often with ads in Spanish.

And one x-factor is still lurking: the number of Latinos who are motivated to vote in 2020 for the first time. According to the Pew Research Center, Latinos are expected to be the largest racial or ethnic minority in this presidential election, something that has never before been the case. They will account for 13.3% of eligible voters overall – and they may well tip the scales in both Florida and Texas.

If it happens, Iraola says, it will be in part because Latino families have been asking to be heard on healthcare issues for years, to no avail.

“I think in this election you find that what Latino voters are worried about is how they’re going to protect their families while working essential jobs, how they’re going to afford healthcare if they need it,” Iraola said. “The public health infrastructure is so weak due to Republican refusal to expand Medicaid or address serious deficiencies in the system that it makes it hard to separate the economic argument from the health one. All of it is on the ballot.” 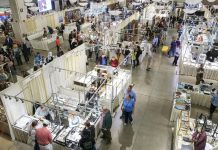 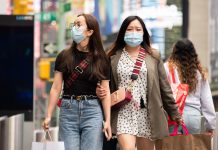 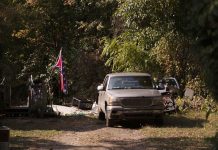 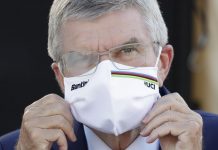 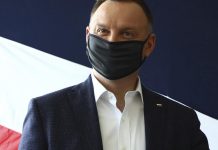 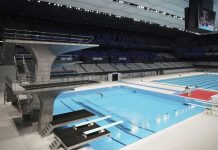 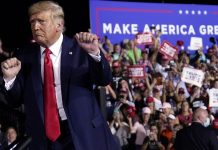 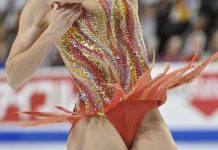 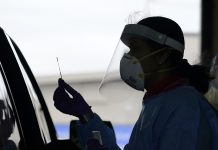 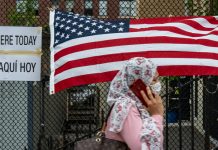 Voting in the Covid-19 Pandemic: Wear a Mask and Bring Your Own Pen