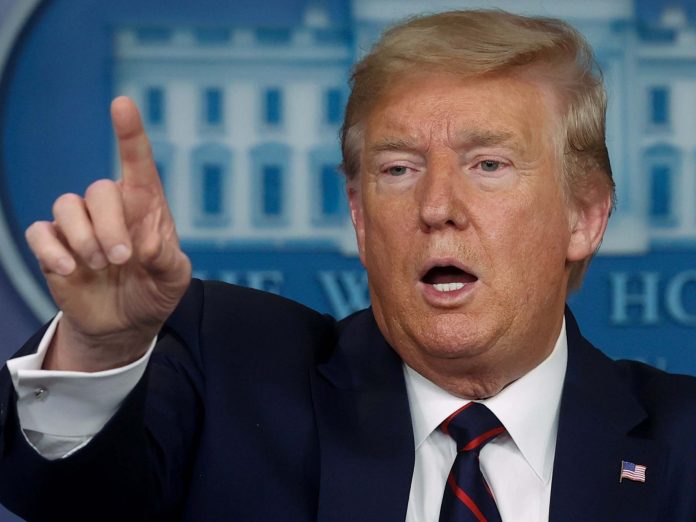 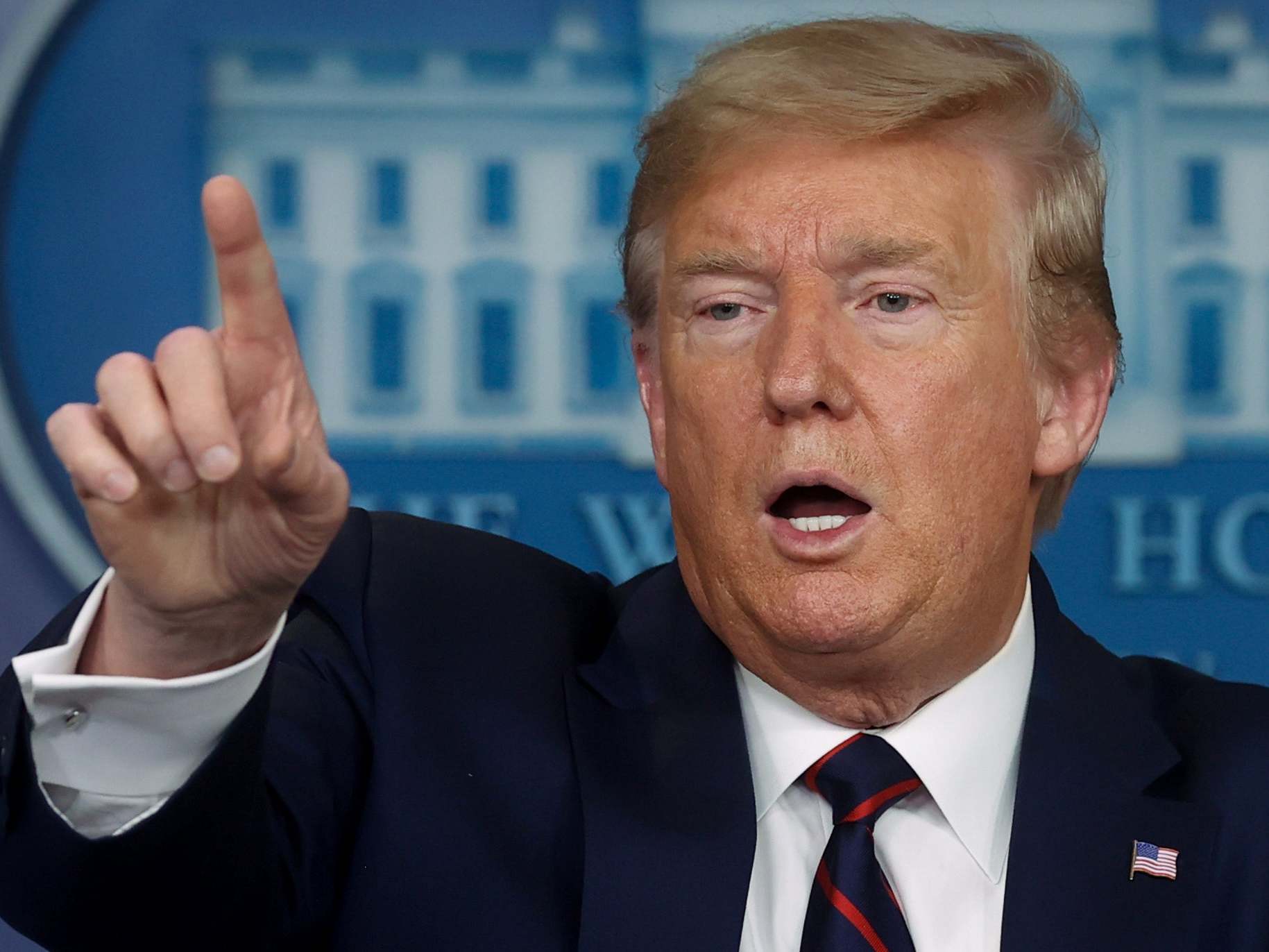 Donald Trump revealed he told vice-president Mike Pence not to call governors he perceives have been ungrateful to him during the coronavirus crisis.

In a Friday press conference in which he repeatedly lashed out at his critics, the US president heaped particular scorn on Jay Inslee, the governor of Washington, and Michigan governor Gretchen Whitmer.

Mr Inslee and Ms Whitmer, both Democrats governing coronavirus hotspots, have criticised the federal government’s slow response to the escalating pandemic. The US now has more than 100,000 confirmed cases of coronavirus, more than any other country.

“[Mike Pence] calls all the governors, I tell him, I mean I’m a different type of person, I say, ‘Mike, don’t call the governor of Washington, you’re wasting your time with him. Don’t call the woman in Michigan, doesn’t make any difference what happens’,” Mr Trump said.

“You know what I say? If they don’t treat you right, I don’t call. He’s a different type of person. He’ll call quietly anyway.”

Despite his complaints on Friday, Mr Trump took a round of steps to expand the federal government’s role in helping produce critically needed supplies to fight the pandemic.

The White House announced the president would be using the powers granted to him under the Korean War-era Defence Production Act to try to compel auto giant General Motors to produce ventilators.

Yet Mr Trump — who hours earlier had suggested the need for the devices was being overblown — rejected any criticism of the federal government’s response to a ballooning public health crisis that a month ago he predicted would be over by now.

The comments came after Mr Trump unveiled a slew of executive actions to bolster states’ capacities to respond to the pandemic, including authorizing defence secretary Mark Esper to call up an unspecified number of federal reservists to help with the coronavirus response.

Friday’s invocation “should demonstrate clearly to all that we will not hesitate to use the full authority of the federal government to combat this crisis”, Mr Trump said.

Mr Trump had been saying for more than a week that he was reluctant to use the Defence Production Act (DPA) — even after he invoked it — because companies were already doing what he wanted and he did not need arm-twisting to make them comply.

Yet Mr Trump continued to suggest that states’ own failures were to blame for the needed intervention.

“Normally these would be bought for states, just so you understand,” he said.

The president has been under growing pressure from the nation’s governors to do more to bolster supplies, despite the perceived risks of speaking out.

From New York to Washington, they have pleaded with him to use the DPA to force companies to manufacture critical equipment. And they have begged for help in obtaining supplies like masks and testing agents, saying that states have been forced to compete against one another as well as the federal government on the open market, driving up prices, even as federal officials have pledged their help if states fail.

The notoriously thin-skinned Mr Trump has not taken well to their criticism. Instead, he has lashed out at governors, continued to diminish the risk posed by the virus and insisted that the federal government was only a “backup” as he looked to avoid political costs from a pandemic that has reshaped his presidency and tested his re-election plans.

In a Thursday night interview with Fox News’ Sean Hannity, Mr Trump declared Mr Inslee “should be doing more” and “shouldn’t be relying on the federal government”.

He dismissed New York governor Andrew Cuomo’s requests for additional ventilators to keep patients alive, saying: “I don’t believe you need 40,000 or 30,000” of the devices, which force air into the lungs of those too sick to breathe.”

And he said he was still weighing Ms Whitmer’s request for a disaster declaration, saying, “We’ve had a big problem with the young, a woman governor from, you know who I’m talking about, from Michigan.”

“You know,” he added from the White House, “We don’t like to see the complaints”.

The administration’s mantra, frequently articulated by Mr Pence, has long been that the fight against the virus must be “locally executed, state managed, and federally supported”.

But Mr Trump has show little public empathy for the states’ predicament, with his emphasis skewed towards the “locally executed” portion of that trifecta.

Ms Whitmer, in particular, has criticised the administration’s response to the pandemic – including on national cable TV shows – saying the federal government should do more and that Michigan’s allotment of medical supplies from the national stockpile is meagre.

“It’s very distressing,” the Democratic governor told radio station WWJ. “I observed early on, like a lot of governors on both sides of the aisle, that the federal preparation was concerning. That apparently struck a nerve, and I’ve been uniquely singled out despite my voice not being the only one that observed that.

“I don’t go into personal attacks. I don’t have time for that,” she said. “I need partnership out of the federal government. We have to be all hands on deck here.”

Mr Cuomo has also been on the forefront, some days criticising the administration’s failure to act and at other times commending federal assistance. But the New York Democrat has remained clear that the state, which is now the epicentre of the crisis, needs many more ventilators than it has at the ready.

“That’s what the data and the science said,” Mr Cuomo said on Friday as he defended his ask for additional ventilators and issued a new request to Washington for an additional 41,000 beds in temporary hospitals.

Just a month ago, Mr Trump was predicting the US was days away from being “close to zero” coronavirus cases. Now, the country has more than 100,000 cases nationwide.

For most people, the new coronavirus causes mild or moderate symptoms, such as fever and cough that clear up in two to three weeks.

For some, especially older adults and people with existing health problems, it can cause more severe illness, including pneumonia and death. The vast majority recover. 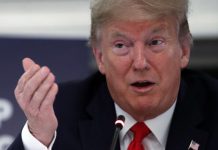 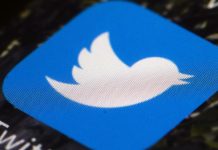 As Trump Targets Twitter's Legal Shield, Experts Have A Warning 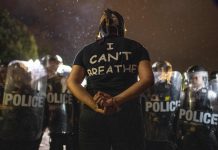 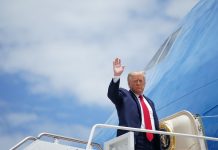 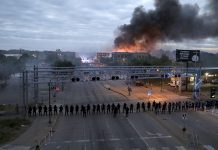 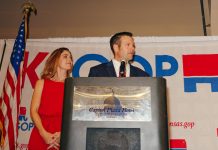 Kris Kobach Is Back, and a Kansas Senate Seat May Be Up for Grabs 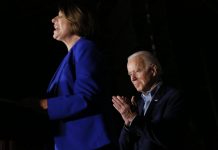