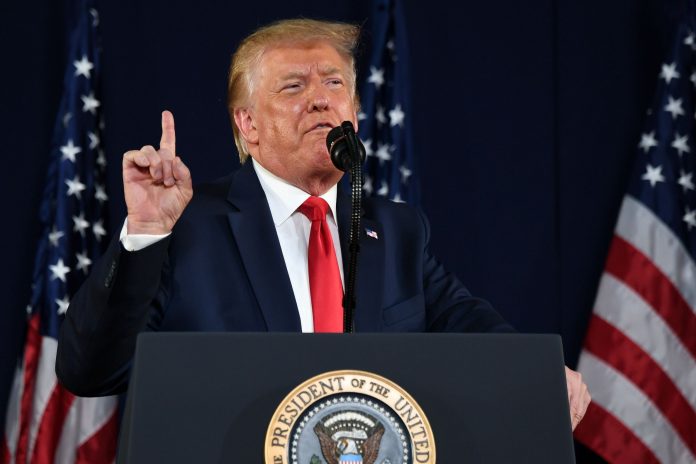 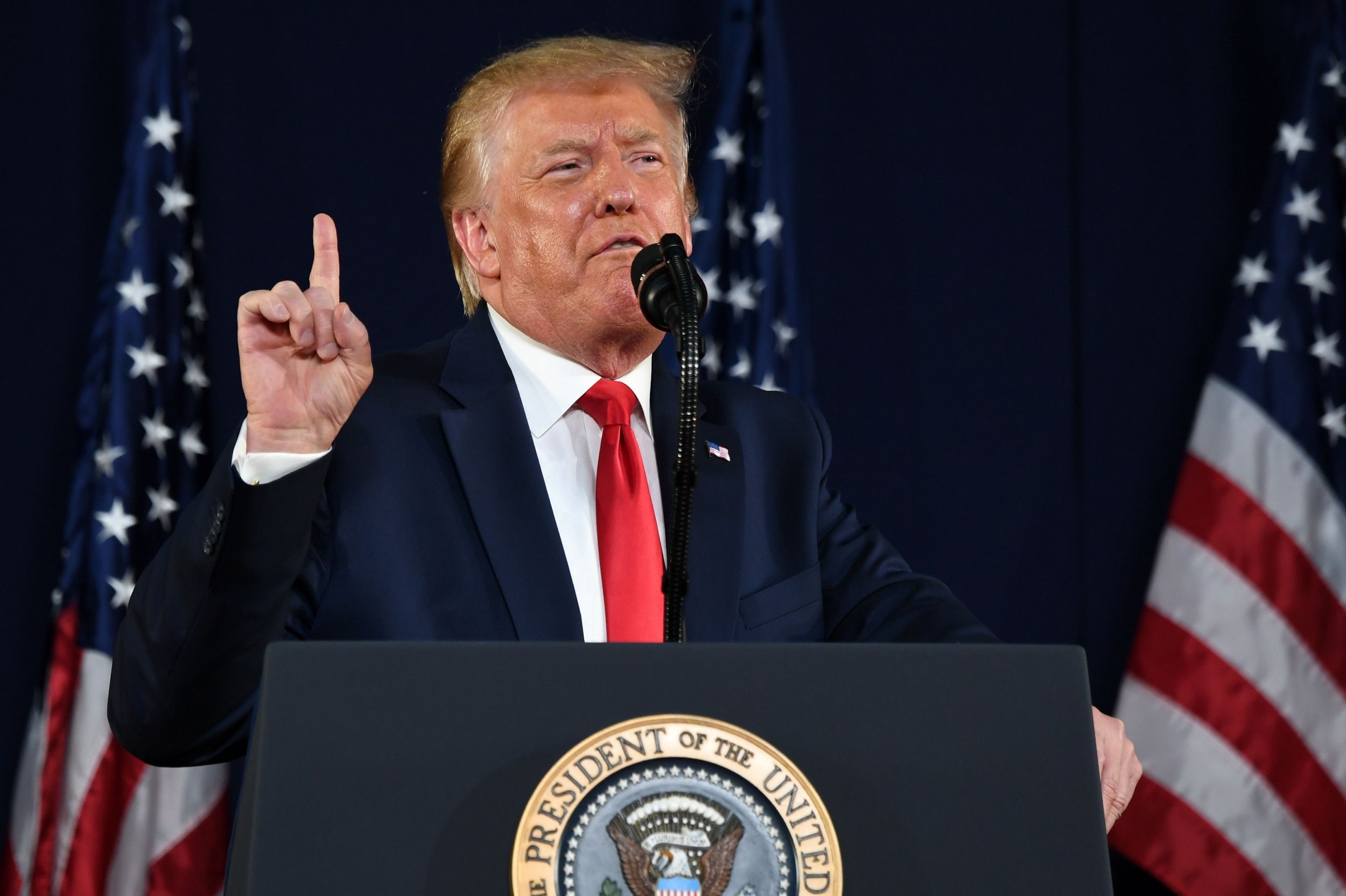 In a speech in front of Mount Rushmore, President Donald Trump appeared to slur as he stumbled over several words – most notably “totalitarianism”.

The speech to mark Independence Day was an official presidential address that at times felt more like a campaign event, and saw the president accuse “angry mobs” of deploying “cancel culture” to demand “total submission from anyone who disagrees” – referring to protests regarding statues of controversial historical figures.

“This is the very definition of totalitarianism,” he said.

George Conway, co-founder of the Lincoln Project and husband of Kellyanne Conway, senior adviser to the president, attempted to spell out what was said phonetically on Twitter: “Totallie-tario-tism”.

The president also appeared to struggle with saying “Ulysses S Grant”, and appeared to briefly freeze while talking about Thomas Jefferson.

Other than mangling the word totalitarianism, its very use was questioned, given continued attacks on government oversight by the administration.

Many on social media decried that the president not only couldn’t pronounce the word, but also that he doesn’t seem to understand what it means.

Michael McFaul, professor of political science at Stanford University, said: “Trump obviously has no idea what words like fascism and totalitarianism mean. To those who wrote that speech, shame on you. To those that cleared on this speech, shame on you. Perhaps the most un- American speech ever delivered by an American president, on the eve of July 4th.”

The Lincoln Project, the group of Republicans vehemently opposed to the Trump administration, quickly tweeted out footage of the president saying the word, preceded by: “We must stop the spread of”.

The group also said that the speech sounded very much like the president hadn’t read it before and was unprepared.

While the speech was intended to be a bombastic rejuvenation of the president’s flagging campaign, in light of the deadly mishandling of the Covid-19 pandemic and the subsequent economic fallout, it also underlined how much the campaign wants to turn the page on current problems.

“My only solace from his speech is that it’s degree of craziness is probably best explained by Trump’s current level of desperation,” Professor McFaul tweeted. “A confident president seeking re-election would never have to resort to calling fellow Americans fascists or totalitarians.” 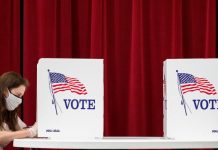 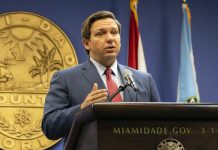 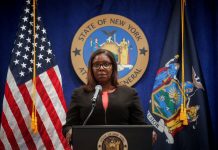 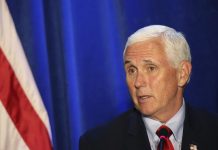 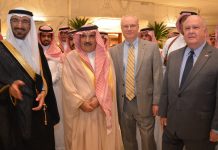 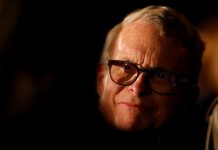 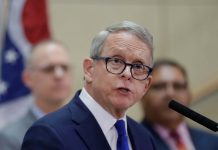 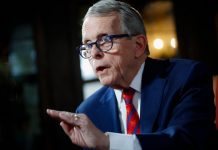 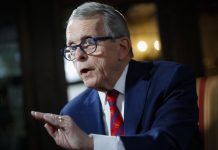