Donald Trump said he has seen ‘a lot of great polls out there’ when asked if he will run for president again in 2024, during his first round of interviews since exiting the White House last month.

The ex-president repeatedly refused to commit to running for the White House again but insisted, “only I could get impeached and my numbers go up.”

Mr Trump was speaking on the phone with Greg Kelly on Newsmax as part of a media blitz to commemorate right-wing radio host Rush Limbaugh, whose death from lung cancer was announced earlier in the day.

“As far as ‘24 it is too early to say but I see a lot of great polls out there that’s for sure,” said Mr Trump when he was asked if he would run again.

“I am looking at poll numbers that are through the roof. Only I could get impeached and my numbers go up.

“The numbers are very good and very high, they are higher than before the election.”

The former president, who is now speaking publicly again after the Senate failed to convict him during his historic second impeachment trial, also took time to attack Twitter.

Mr Trump was kicked off the social media platform in the wake of the 6 January Capitol riot and has still to find a new home for his messaging.

“We are negotiating with other people and there is also the option of building your own site.

“We were really being harassed on Twitter, everything I was saying was being flagged, it was disgraceful.

“It has become very boring and we don’t want to go back to Twitter.” 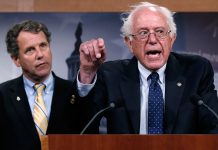 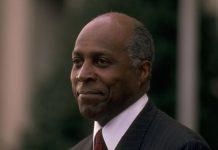 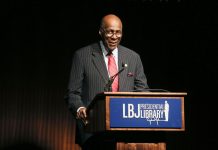 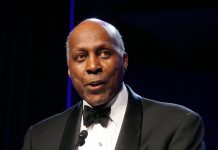 U.S. and Mexico ‘Are Stronger When We Stand Together,’ Biden Says