Donald Trump has turned on his supporters after they attacked Congress on Wednesday, calling their actions “heinous” despite having incited them to riot just hours before they stormed the US Capitol.

In a lie-filled video – he did not “immediately” order in the National Guard, and his “only goal” in disputing the election was not to ensure its integrity – he tried to evade blame for the violence and told rioters he had personally whipped up: “You do not represent our country.”

The president conceded that his attempts to overturn the US election result had finally run out of road, and reiterated his newfound desire for a “smooth, orderly transition” to Joe Biden’s administration.

Meanwhile, Tucker Carlson has told his viewers he believes Mr Trump’s political “shelf life” is at an end. The Fox News host said Americans had developed a “monomaniacal” obsession with the president and questioned whether it was healthy to focus so much on one person.

At least six Republican state legislators took part in events surrounding the storming of the US Capitol. West Virginia Delegate Derrick Evans posted a video of himself entering the building but later deleted it, writes Gustaf Kilander.

Tennessee state lawmaker Terri Lynn Weaver told the Tennessean that she was “in the thick of it” during the rally before the storming of the Capitol. She said there was “Just a whole heck of a lot of patriots here”. She later tweeted a picture of the mob at the base of the Capitol, saying: “Epic and historic day gathering with fellow Patriots from all over the nation DC.”

Tucker Carlson, the Fox News host, says Donald Trump has reached the end of his “shelf life” as a politician.

The right-wing commentator used his monologue on Thursday night to claim Trump supporters were being hounded by “the Left” in a “crackdown” following the Capitol riot on Wednesday. It was also wrong to describe what happened as “insurrection”, he told viewers.

Instead, Mr Carlson described the violence as “a political protest getting out of hand after the president recklessly encouraged it”.

He also said he believed the US had developed an unhealthy obsession with the president. In an op-ed on Fox News’ website, he wrote: “The reaction was all about Donald Trump. The people in charge of every institution in American life spend all day talking about Donald Trump.

“You may not have noticed, because that’s not very different from any other day over the past five-and-a-half years since he announced his candidacy.

”It has been all about Donald Trump all of the time. And the effect on us has been noticeable. We’ve gone from being this big, sprawling country with an enormous span of concerns and interests to a kind of sweaty, airless chat room of 330 million people, all of whom are simultaneously focused with monomaniacal intensity on a single man.

“That is not healthy, no matter how you feel about Trump.  Is any president worth all of this time and attention? All politicians come with a shelf life. In Trump’s case, the expiration date arrives in 13 days.”

The FBI is offering a reward of up to $50,000 (£37,000) for information about someone who planted pipe bombs in the committee headquarters of both US political parties in Washington.

The statement was accompanied by an image of a masked suspect wearing gloves and a hoodie, carrying an object.

ABC News reported that bomb technicians used water cannon to blast the devices to break them apart and render them harmless on Wednesday just as Donald Trump’s supporters stormed into the Capitol building.

Condemning the violent rioters who stormed the Capitol on Wednesday, acting attorney general Jeffrey Rosen in a statement assured that those responsible for the attack would “face the full consequences of their actions under the law.”

The protesters are liable to be punished with up to 10 years in prison for “injury of federal property,” under the executive order signed by President Donald Trump during the Black Lives Matter anti-racism protests in July 2020, writes Namita Singh.

Education secretary Betsy DeVos became the second cabinet member to submit her resignation on Thursday, citing the role played by Donald Trump’s election fraud “rhetoric” in inciting violence at the US Capitol that claimed the lives of five people.

In her letter to Mr Trump on Thursday, she said the behaviour of the rioters was “unconscionable” and blamed the president for the rampage at the Capitol for encouraging the mob, writes Shweta Sharma.

“There is no mistaking the impact your rhetoric had on the situation, and it is the inflection point for me. Impressionable children are watching all of this, and they are learning from us,” she wrote.

A Capitol Police officer who was injured clashing with pro-Trump rioters on Wednesday has now died in hospital, a spokesperson said.

Officer Brian D Sicknick died on Thursday night after sustaining injuries during the hours-long faceoff with the pro-Trump mob, after which he collapsed and was hospitalised, writes Stuti Mishra.

“Officer Sicknick was responding to the riots on Wednesday, January 6, 2021, at the US Capitol and was injured while physically engaging with protesters,” the statement by Capitol police said. “He returned to his division office and collapsed.  He was taken to a local hospital where he succumbed to his injuries.”

After promoting Donald Trump’s bad-faith claims of election fraud and trying to overturn the result with an “emergency audit”, Ted Cruz is now horrified that his support for the president’s coup attempt has had real-life consequences.

Following the death of a member of the US Capitol Police, Mr Cruz said he and his wife were “lifting up in prayer” the officer’s family and declared the Capitol riot a “terrorist attack”.

Mr Cruz’s invocation of his faith, at a time when he is politically vulnerable due to his fanning of the flames that singed Congress this week, follows weeks of bearing false witness during which he promoted Mr Trump’s unfounded claims of voter fraud.

Analysis: The Capitol riot showed Trump will be dangerous presence in America for years to come

Typically at times like this, we are more consumed by words.

We are “stunned” and “shocked” by “a mob” “storming” the US Capitol. People allege “insurrection” and “sedition”, and accuse Donald Trump or orchestrating a “coup” against an an administration not yet in place. The rioters looked “gleeful” as they sweep up the white marble steps and balconies that look out across to the National Mall and the Washington Monument, and to Lincoln beyond.

Yet, there are three numbers, not words, that perhaps give the greatest clue as to threat and danger Donald Trump will represent to the United States in the coming weeks and months, to those appalled by what played out for a few, brief alarming hours on Wednesday, writes Andrew Buncombe.

She told The Daily Beast: “The president was trying to stage a coup. There was little chance of it happening, but there was enough chance that the former defense secretaries had to put out that letter, which was the final nail through that effort. They prevented the military from being involved in any coup attempt. But instead, Trump tried to incite it himself.

“This could have turned into a full-blown coup had he had any of those key institutions following him. Just because it failed or didn’t succeed doesn’t mean it wasn’t real.”

‘It is what it is:’ No regrets from Trump supporters after Capitol siege

There were few signs of the chaos from the day before outside the US Capitol on Thursday morning. A small crowd gathered behind a newly erected security fence, which was absent when thousands stormed the building and laid siege to the heart of American democracy, writes Richard Hall.

A handful of locals had come to stare at the grand domed building, as if to check it was still there. Others, some with flags or hats bearing Donald Trump’s name, had come to relive the day before, when they had it to themselves.

“We were up there,” said Mike Walls, cheerfully, as someone took a picture of him and his family with the building as a backdrop. “Drain the swamp, that’s all we want,” he added. 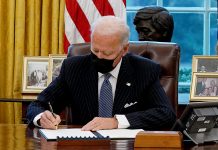 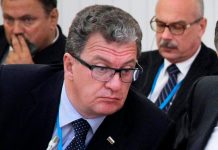 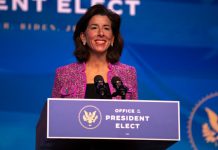 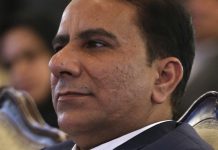 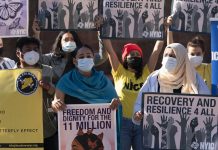 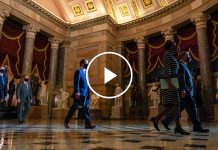