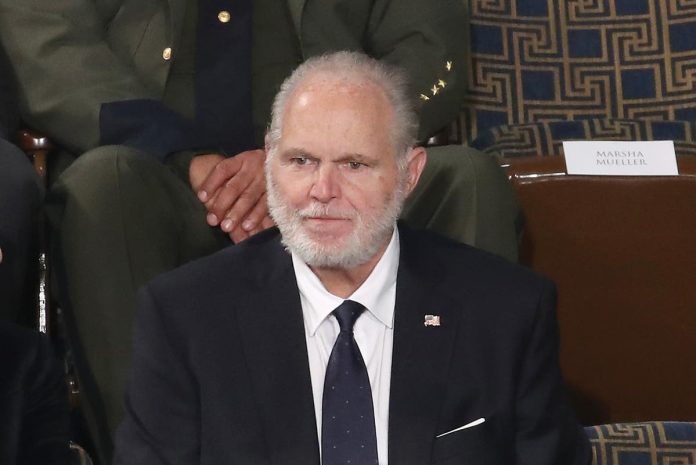 The right-wing firebrand was a close ally of Donald Trump, who awarded Limbaugh with the Presidential Medal of Honour at the ex-president’s last State of the Union address.

Trump called into Fox News to pay tribute to Limbaguh, saying he was a unique person whose show was “like a religious experience for a lot of people”.

Joe Biden, meanwhile, has promised to make a Covid-19 vaccine available to “every single American” by the end of July, with 600 million doses having been procured by then.

The president made the comment during a CNN town hall event, during which he also said he was “done” talking about Donald Trump. “For four years all that has been in the news is Trump. The next four years I want to make sure that all the news is about the American people,” he said.

Elsewhere, the Trump Plaza casino in Atlantic City, New Jersey, has been demolished after closing its doors in 2014.

Scope and scale of SolarWinds hack my increase over time

“We may find additional compromises, particularly given the technology companies that were compromised,” says Deputy national security adviser Anne Neuberger.

“We have not ruled out potential additional activity.”

The former president used the interview to push debunked conspiracy theories about the 2020 election.

The ex-president said Limbaugh thought Trump won. “And so did I,” Trump said.

Graeme Massie is following the story as it unfolds.

“This is challenging. This is a sophisticated actor who did the best to hide their tracks, we believe it took them months to plan and execute this compromise, it’ll take us some time to uncover this layer by layer,” she says.

Rush ‘held out’ until after the election, says Trump

Donald Trump says Rush Limbaugh’s ambition was to hold out until after the election, and he “made it.”

“Rush felt we won, and he was quite angry about it. Quite angry,” Trump says.

“It was like a religious experience for a lot of people, his fans they just wouldn’t miss him. A very, very unique person,” Trump says.

“He created a whole new genre. A genius, patriot, humorist, great golf partner, and a generous kind man,” Giuliani said in a tweet.

“We will miss him but he lives on in heaven and on earth with those he inspired.”

A former member of Donald Trump’s coronavirus task force was caught by a Fox News hot mic describing comments made by vice president Kamala Harris about the previous administration’s vaccine distribution as “bull****t”.

On Tuesday, Larry Kudlow, who served as a member of the Trump administration’s coronavirus task force while working as the director of the National Economic Council, appeared on America Reports on Fox Business to plug the launch of his new weekday show that debuted on the network later that day.

James Crump has the story.

Conservative radio host Rush Limbaugh has died at the age of 70, his family has announced.

The veteran right-wing media star died after a long battle with lung cancer, his wife Kathryn announced on his radio show on Wednesday.

Mr Limbaugh announced that he had advanced lung cancer in January 2020, and just days later received the Presidential Medal of Freedom from Donald Trump at the State of the Union address.

“Rush Limbaugh: Thank you for your decades of tireless devotion to our country,” said Mr Trump during the address.

Graeme Massie is following the story.