Donald Trump has announced a second rally this month, with meetings planned on Saturday in Arizona and on 29 January in Texas.

The former president – expected to champion baseless 2020 election conspiracy theories with his allies at his Arizona event – celebrated an announcement that US Rep John Katko, among Republican lawmakers who voted for his impeachment for inciting a riot fuelled by the same false election narrative, will not seek re-election.

Meanwhile, the federal government has brought a charge of “seditious conspiracy” against the leader of the Oath Keepers, a far-right militia that prosecutors argue played a role in organising an attack on the US Capitol on 6 January last year.

House Republican Leader Kevin McCarthy has refused to provide the committee investigating the attack with information about his conversations with Mr Trump. US Rep Liz Cheney, one of the committee’s only two Republicans, said Mr McCarthy is attempting to “cover-up” what happened, and that the committee would evaluate other options for obtaining his testimony.

What is seditious conspiracy?

The US Justice Department’s efforts to hold those responsible for the 6 January insurrection shifted into a higher gear this week with the unsealing of a 48-page indictment against Oath Keepers founder Elmer Stewart Rhodes and 10 other members of his right-wing militia group.

All but Mr Rhodes and another defendant – Edward Vallejo of Phoenix – had previously been charged with crimes for their roles in the worst attack on the Capitol since British troops commanded by Major General Robert Ross set it ablaze in 1814.

Prosecutors have filed criminal charges against more than 730 people over the year that has passed since the attack, but the indictment of Mr Rhodes and his alleged co-conspirators stands out because it charges them under a rarely used provision of law that can be found in the chapter of the US criminal code titled “Treason, Sedition, and Subversive Activities”.

Elmer Stewart Rhodes, the founder of the right-wing militia group known as the Oath Keepers, has been arrested and charged with seditious conspiracy for his role in the 6 January attack on the US Capitol, according to the Department of Justice.

When you crunch the numbers, a ‘national divorce’ between blue and red states starts looking pretty good — for Democrats, writes Benedict Cosgrove.

Texas AG given days to hand over Jan 6 texts

Texas Attorney General Ken Paxton has been given four days to hand over his digital communications from 6 January or face a lawsuit, the Travis County district attorney has stated.

Ray Epps: The Capitol riot figure who disappeared from the FBI’s wanted list

The House select committee investigating the 6 January insurrection has issued subpoenas to Twitter, Reddit, and the parent companies of YouTube and Facebook for information “relating to the spread of misinformation, efforts to overturn the 2020 election, domestic violent extremism, and foreign influence in the 2020 election” after the companies spurned prior voluntary requests.

Six days after the insurrection, on 12 January, Ingraham wrote to the then-Chief of Staff in the Trump White House, Mark Meadows, to ask him to urge then-President Donald Trump to speak to his supporters and dissuade them from mounting armed protests against the election results at state capitols across the country.

As Joe Biden approaches the first anniversary of his presidency, his approval rating is dwindling. It’s now approaching levels comparable to former President Donald Trump at the same time in his term.

Proud Boys leader Enrique Tarrio left jail a month early wearing a T-shirt saying “free the Proud Boys by any means necessary” after saying he no longer wants to lead the far-right group.

Tarrio left the Central Detention Facility in Washington, DC on Friday after serving four months of his five-month sentence. 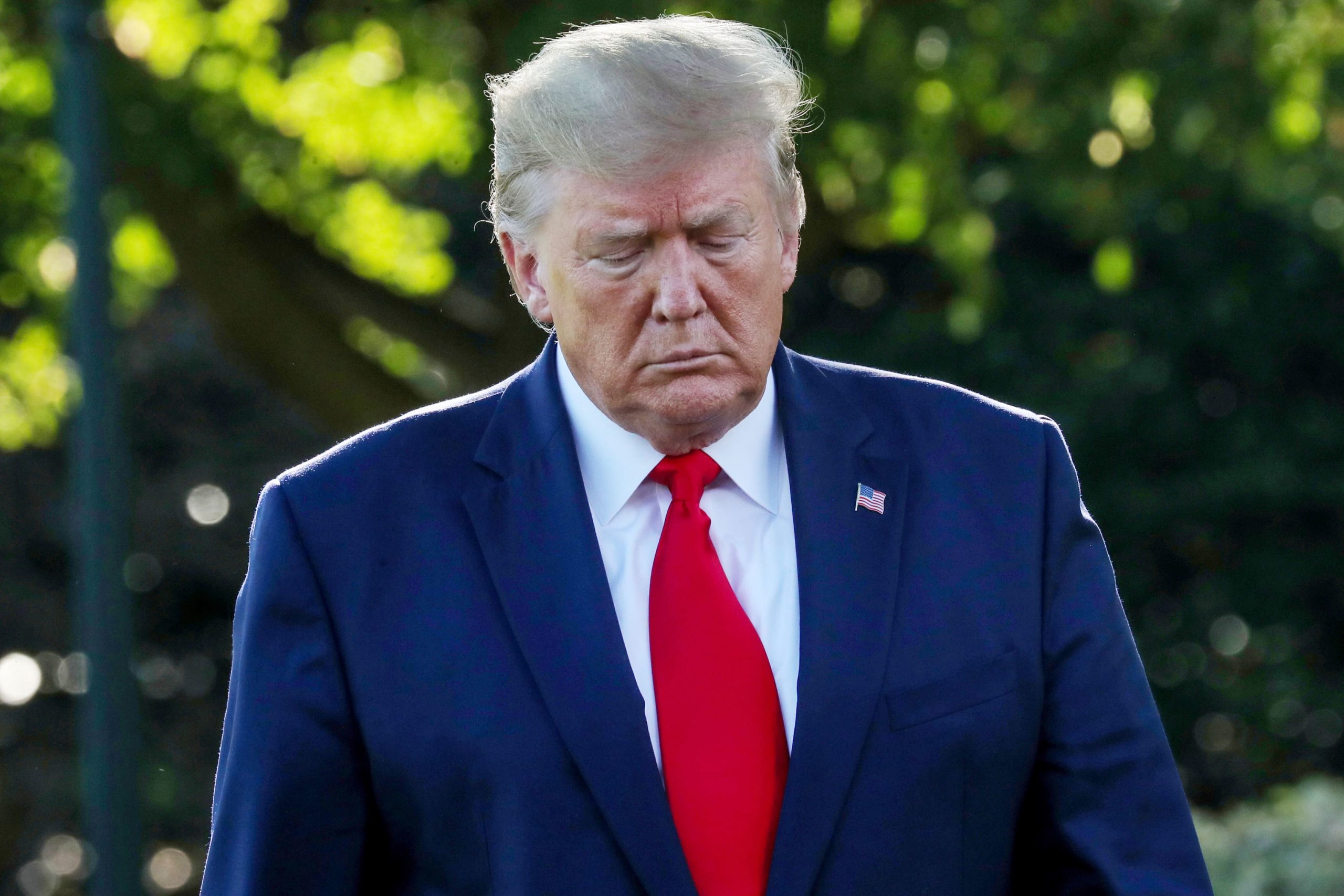 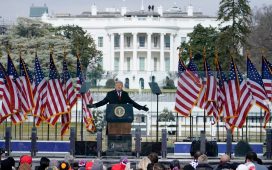 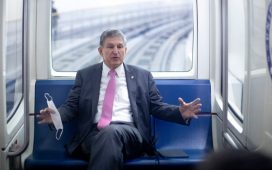 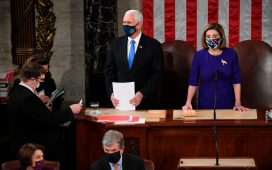 As 2024 nears, Pence to speak at SC pregnancy center dinner