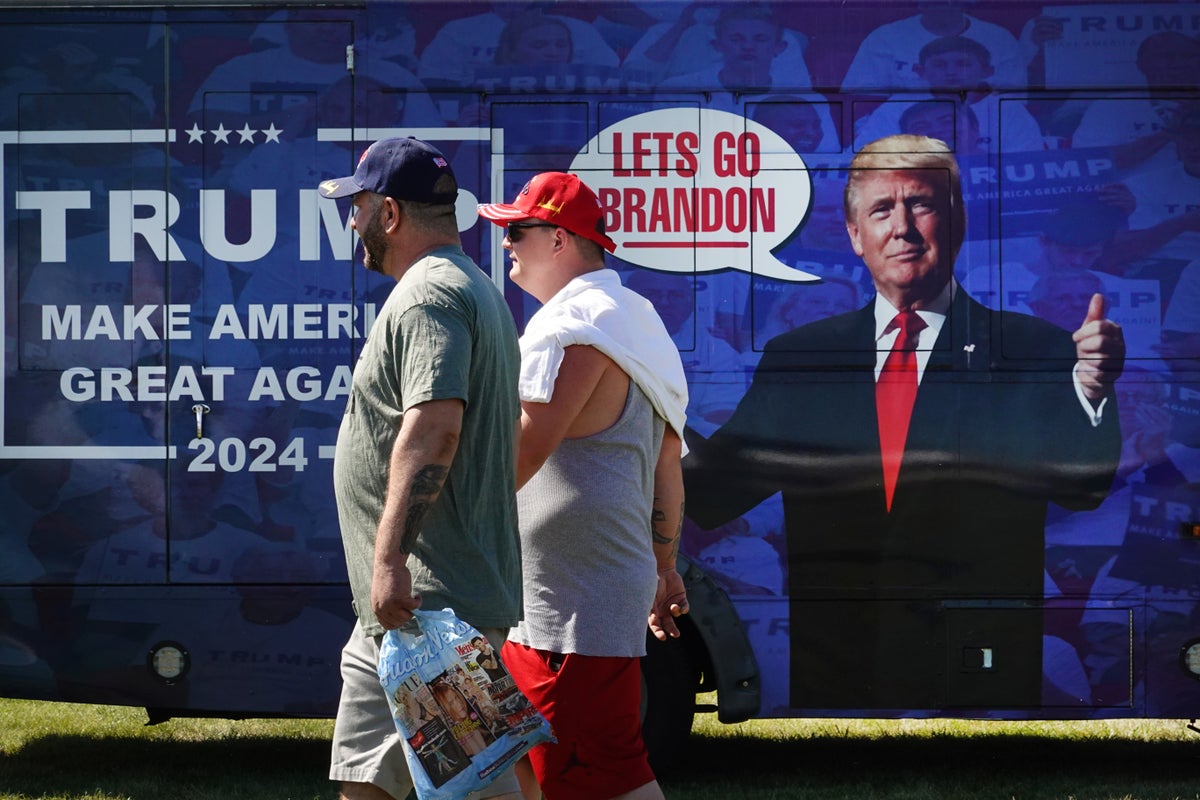 The former president held a rally in Waukesha, Wisconsin on Friday, where he stumped for his preferred Republican candidates in this month’s primary and in November’s midterm election.

“We will also keep men out of women’s sports,” he said. Mr Trump then cited the example of Ms Thomas, the University of Pennsylvania swimmer who transitioned and later won first place in the National Collegiate Athletic Association (NCAA) Division I swimming championship.

Many conservatives have since used her as an example to say that she had an unfair advantage. Mr Trump said that one female swimmer was deprived of breaking a record because of Ms Thomas.

“And he was just given the Female Athlete of the Year by the way did you know that,” Mr Trump told the crowd in Waukesha to heckles and boos. “Is our country going to hell or what? “

Mr Trump continued to misgender her, saying “he had a wingspan like this,” showing how tall she was.

Mr Trump also cited another transgender athlete, this time a weightlifter, whom he said had an unfair advantage and again misgendered him.

The former president’s words come as many Republican governors have signed legislation prohibiting transgender women from participating in women’s sports. He also criticised teachers for talking to students about gender and sexuality.

“No teacher should ever be allowed to teach transgender to our children without parental consent,” he added. “What they’re doing to your children essentially behind your back is crazy.”

Mr Trump added that when Republicans win a majority, they needed to crack down on pharmaceutical companies for giving puberty blockers “to mutilate our youth.”

“We will save our kids and every federal bureaucrat who is complicit in this travesty needs to immediately be fired,” he said.

Mr Trump also campaigned with his preferred candidate for governor Tom Michel and spoke of his endorsement of the candidate to challenge Wisconsin House Speaker Robin Vos, whom Mr Trump reportedly tried to pressure to decertify the 2020 election results.

The rally comes the same day that the Republican National Committee announced that it will host its 2024 convention in Milwaukee.