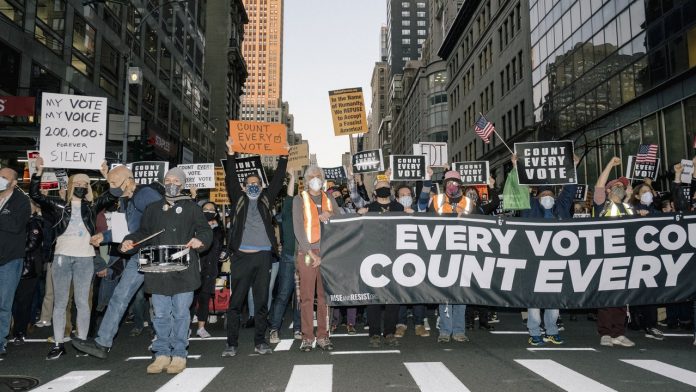 On Wednesday night, as Joe Biden closed in on President Donald Trump in battleground states such as Georgia and Pennsylvania, several hundred people milled around the fountain in Washington Square Park, in Greenwich Village. The scene was not a jubilant street party, like those that took place in Harlem, in 2008, after Barack Obama’s election, nor was it a burst of outrage, like in 2016, when thousands of civilians swarmed Trump Tower, in midtown. Rather, it was a kind of resistance family gathering. Many people in the park had walked downtown from the New York Public Library, in a march organized by a coalition called Protect the Results. (The group had formed, in June, in anticipation of Trump challenging the outcome of the 2020 Presidential election.) The protesters wore T-shirts repping their memberships in organizations such as the Sunrise Movement, the Working Families Party, and the Democratic Socialists of America. Many carried signs with the message “Every Vote Counts/Count Every Vote.” Others held up signs that read “Jews Against Fascism,” “Gay Liberation Front,” and “I’m Ready to Start Protesting Biden!”

“The protest movement has certainly lost its steam since the summer,” Christian Resseguie, a labor-and-employment lawyer in an orange sweatshirt, said. But Trump had revived the movement—at least for one more night—with his frantic attempts to undermine the election. Throughout the day, the President had been accusing states of election fraud. (“They are finding Biden votes all over the place—in Pennsylvania, Wisconsin, and Michigan,” he tweeted.) He had filed a lawsuit against the Board of Elections in Chatham County, Georgia. And his supporters had descended on ballot-tallying stations in states where the President maintained a lead, yelling, “Stop the count!”

“We’re seeing him do exactly what we said he’d do—try to steal the election through voter suppression,” Resseguie said. “At the end of the day, it needs to be every city and every town marching. New York, for better or worse, sets an example. People notice what we do.”

In a few hours, the protest would turn violent. The march would continue into other parts of Manhattan, and protesters would clash with the N.Y.P.D. More than fifty people would be arrested; activists later tweeted videos of officers in riot gear “kettling” demonstrators before tackling them to the ground. The New York Post spotted protestors setting garbage fires and telling diners at Jeffrey’s Grocery, “Fuck your dinner!”

But, at 7 p.m., in the park, the atmosphere was subdued. The police presence was limited, aside from a few helicopters hovering overhead. Venders circulated the area, selling Biden-Harris buttons and face masks, which no one seemed to buy. A few members of the Flatbush chapter of New York Communities for Change chanted, “Hey, hey! Ho, ho! Donald Trump has got to go!” People kept checking their phones, to keep up with the news. A trio of middle-aged protesters in matching face masks that read “Socially distanced/Politically active” repeated a rumor spreading through the crowd that Arizona had gone blue, and received high-fives from the other demonstrators.

“I’m on three hours’ sleep,” Mike Hisey, a member of the trio, said. He had stayed up late the previous night to watch the election results trickle in, heading to bed just after Trump’s White House speech, in which the President preëmptively claimed victory. The speech wasn’t a surprise, Hisey said, “but that doesn’t make it any less horrible.” He was accompanied by Cathy Marino-Thomas and Tanya Walker, the co-chairs of a political-advocacy group called Equality NY, which is focussed on advancing L.G.B.T.Q. rights and “general equality” in New York State politics. The two women are veterans of the AIDS campaign, the fight for gay marriage, and reproductive-rights bills in the state senate.

“Activism is in our blood,” Marino-Thomas said. But, even though they had gone out that night to “protect the vote,” she said, they had also come to the protest for companionship. “I think people need solidarity in this moment of being unsure,” she continued. “They need to feel together.”

Hisey pointed out two young men circling the protesters and filming the event:. “Breitbart!” he yelled.

“They’re everywhere we go,” Marino-Thomas said, sighing. “Mike always finds them.” (“They try to bait you,” Hisey explained, “so that they can put it on their stupid Web site.”)

On the other side of the fountain, protesters gave impassioned speeches about the city overspending on the N.Y.P.D. and the injustices of unfettered capitalism. “Can Biden fucking fix this?” one speaker asked. “Fuck, no!” She called for a “die-in,” to commemorate the lives lost to COVID-19, and about fifty people lay on the ground.

Many listened attentively at the periphery. Mark Moodi, a retired sanitation worker, had come down from Harlem for the event. He said that he was moved by the diversity of the crowd: “What’s beautiful is it runs the gamut of different cultures, ages, races.” He had been uninvolved with politics until Trump was elected. “There’s been so much fascism, so much racism,” he said. “Another four years of Trump—I’d probably leave the country.”

Resseguie, the lawyer, is a member of Refuse Fascism, a group that formed in the wake of the 2016 election. What might the resistance look like post-Trump? “If there’s a Joe Biden Presidency and he doesn’t pursue racial justice, we’ll be protesting,” Resseguie said, simply.

“We have so much work to do,” Marino-Thomas said. “We’ve seen now that it wasn’t a mistake in 2016. People did it on purpose. They voted for a misogynistic, homophobic, racist, fascist—you name it. They voted for him outright. So, whether he wins or not, we have a lot of work in this country.”

Also, Hisey said, even if Biden wins, “We still have Mitch McConnell and Lindsey Graham.”

Rose Jacobs, a twenty-one-year-old political-science major at Columbia, sat near the fountain. Along with many young people in the U.S., she said, she’d begun to question whether the country’s political system is truly democratic or sustainable. “The fact that I have to be out here today protesting, to make sure that every vote counts in our supposedly democractic system, is terrifying to me,” she explained. “I shouldn’t be protesting for the bare minimum. I should be protesting for Breonna Taylor. I should be protesting for George Floyd. I should be protesting for a higher minimum wage or Medicare for All.” Still, she went on, it was vital to show up. “We’ve seen in countries like Bolivia the importance that mass movements can have. It’s important to use every single tool in our toolbox to fight for the changes that we seek. Because, if I don’t fight, who am I to complain when it all comes crumbling down?”

“Wow,” a woman standing next to her said. “That was really good.”

Jacobs smiled. She is hoping to one day work in electoral politics. 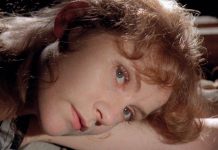 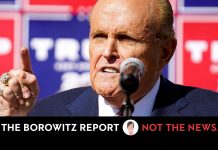 Giuliani Arrives in Ukraine to Look for More Votes 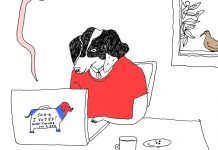 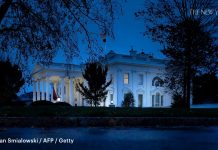 What Does Trump Get Out of Contesting Biden’s Win? 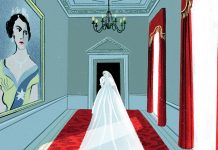 Royal Competition in “The Crown” 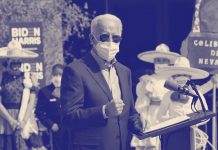 There Is No One Way to Win the Latino Vote 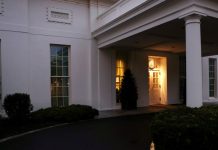 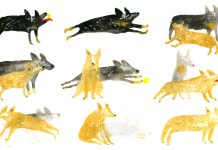 The Cryptic Crossword: No. 72 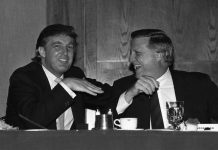 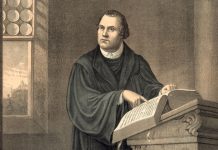 Martin Luther’s Ninety-five Theses, as E-mailed by Your Passive-Aggressive Co-Worker 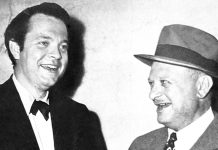 Herman Mankiewicz, Pauline Kael, and the Battle Over “Citizen Kane”