Even though Donald Trump recently sparred with Mike Pence over whether the former vice-president could have done more to overturn Trump’s loss to Joe Biden in the 2020 presidential race, Trump on Friday handed an endorsement to Pence’s brother in an Indiana congressional race.

Trump’s endorsement of Greg Pence, who is seeking a third term as the US House representative for Indiana’s sixth congressional district, is politically intriguing for a couple of reasons.

It comes a little more than a year after a mob of Trump supporters stormed the US Capitol on 6 January 2021 and demanded – among other things – Pence’s hanging. A bipartisan Senate committee has connected seven deaths to the attack, which delayed a joint session of Congress to certify Biden’s win by several hours.

And the endorsement comes a couple of months after Mike Pence, in a rare stand against the former president, rejected Trump’s claim that Pence could have reversed Trump’s election defeat during the joint congressional session that was temporarily interrupted by the Capitol insurrection.

At one point that day, Secret Service agents tried to drive Pence away from the Capitol, where he was tasked with leading lawmakers’ certification of the presidential election results. But Pence wouldn’t leave, signaling his opposition to the mob’s goal of keeping Trump in power, the Maryland Democratic congressman Jamie Raskin, who serves on a House panel investigating the Capitol attack, said recently.

“President Trump is wrong,” Pence told the conservative Federalist Society in February, according to National Public Radio (NPR). “I had no right to overturn the election. The presidency belongs to the American people and the American people alone. And frankly, there is no idea more un-American than the notion any one person could choose the American president.”

When asked later about his brother’s remarks, Greg Pence stopped well short of agreeing with them, highlighting how reluctant Republicans are to speak out against Trump while it remains unclear how much power his still-coveted endorsements carry.

“I stand by my brother and always will, and I’ll let him speak for himself about his remarks,” Greg Pence told NPR, in part.

That stance on Friday helped the Republican congressman net a statement from Trump reading: “Greg Pence has my Complete and Total Endorsement!”

Greg Pence’s office didn’t immediately issue a statement in response to Trump’s endorsement. The former oil executive and Marine Corps veteran is facing a challenger in James Dean Alspach in the Republican primary on 3 May.

The victor would advance to an 8 November runoff against the winner of the Democratic primary, whose candidates are George Thomas Holland and Cynthia Wirth. 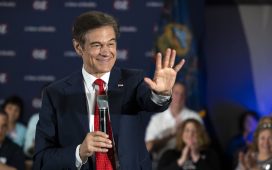 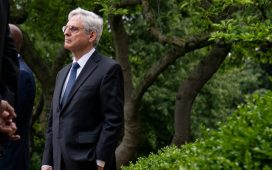 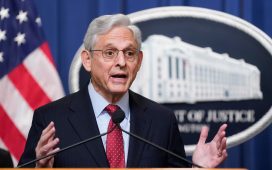 Russia-Ukraine war: What happened today (May 17) 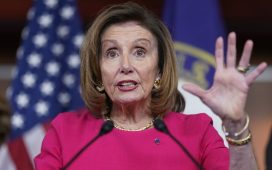 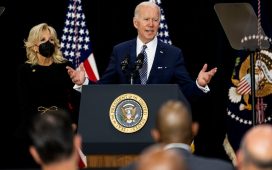 Read a Transcript of Biden’s Speech in Buffalo 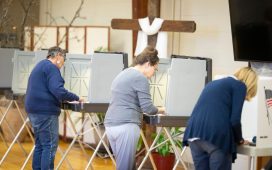