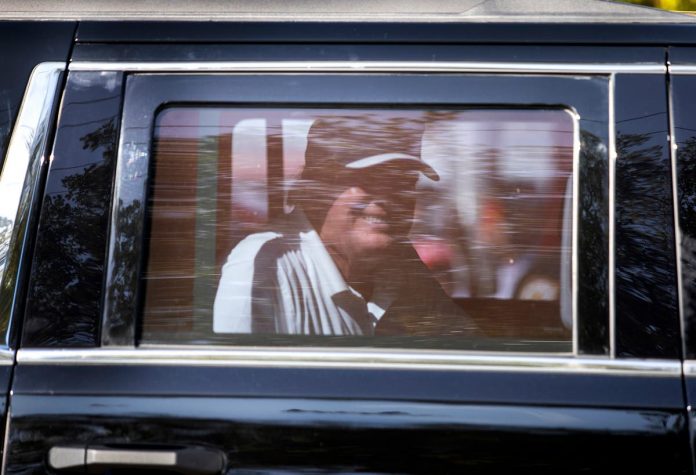 After days of keeping an uncommonly low profile, former president Trump re-emerged to slowly drive past a rally of die-hard supporters in West Palm Beach, Florida on Monday.

Video of the rally, which coincided with the President’s Day holiday, was captured by the conservative Right Side Broadcasting Network, and showed a raucous, largely unmasked crowd of supporters waving flags and Trump banners erupting in chants of “USA! USA!” as the former president’s motorcade drove by. A woman can be heard saying, “Everybody knows you won!”

Others chanted, “We love Trump!”

“We love our president,” a man named Samir, identified on the broadcast as one of the event’s organisers, told an interviewer. “This means so much to us coming out here and supporting the man that should rightfully be in the White House.”

The president remains popular with his base nationally and in Florida, where he has re-located, at least for the time being, to live at his Mar-a-Lago club in Palm Beach.

Not everyone has welcomed the president back. A woman arranged for two critical banners to be flown over the residence recently, one of which read, “Convict Trump and Lock Him Up.”

And the former president has been forced to demolish his helipad at the club, amid the town of Palm Beach’s broader legal review of whether Mr Trump can use Mar-a-Lago, developed as a non-residential facility, as his main residence.

Banned from Twitter and excoriated during the impeachment trial, the president has largely remained out of public view, aside from occasional forays to golf or renounce his former membership in the Screen Actors Guild.

When, or if, he does reappear in a big way on the national stage, it’s unclear how his fellow Republicans will greet him.

Allies have warned him not to try another run at the White House in 2024, and others have gone even further and denounced him.

On Sunday, the conservative editorial board of the Wall Street Journal warned the Republican party to jettison its former standard-bearer.

“MrTrump may run again, but he won’t win another national election,” they wrote in an opinion piece. “The country is moving past the Trump Presidency, and the GOP will remain in the wilderness until it does too,” they added.

However, polls suggest he remains far and away the most popular figure in the Republican party. 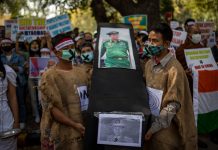 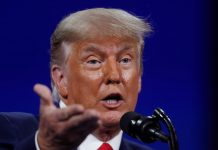 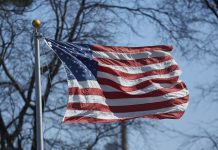 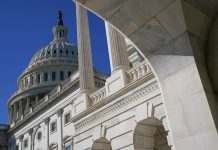