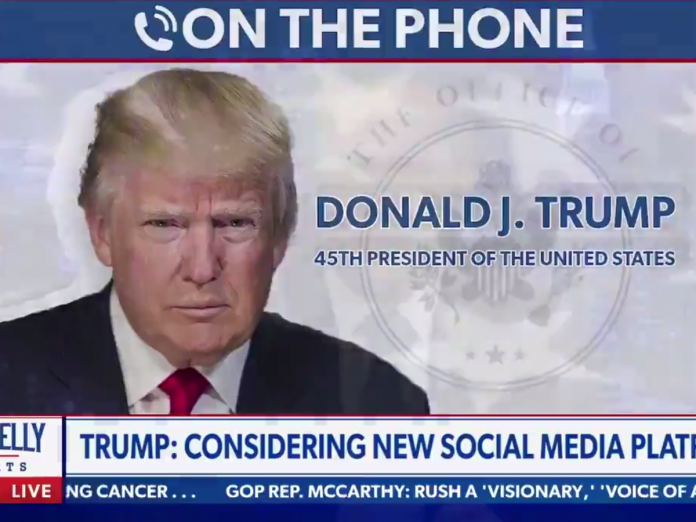 Donald Trump has said there are “a lot of great polls out there” when asked if he will run again for president in 2024. The Republican deployed his habitual coy, non-committal style when faced with a straight question during an interview on Newsmax.

Meanwhile, Texas is shivering through the sixth day of its big freeze, with pipes frozen and millions still without power across swathes of the US. Joe Biden’s administration is sending disaster relief to the Lone Star State including diesel fuel and generators, the White House said on Wednesday.

Abbott’s predecessor, last heard from as Trump’s secretary of energy, has also been stoking controvesy.

“Texans would be without electricity for longer than three days to keep the federal government out of their business,” Rick Perry wrote in a blog on House minority leader Kevin McCarthy’s website.

Back to the snowbound Lone Star State, where Republican governor Greg Abbott is under fire from New York progressive Alexandria Ocasio-Cortez after he bizarrely attempted to blame the extreme weather on renewable energy and her Green New Deal proposals.

Oliver O’Connell has this report.

Trump says Twitter has become ‘very boring’ without him

In another interview, this time with Greg Clark of Newsmax, the former president raged against the social media platform that booted him off last month, falsely claiming it is losing users since he was permanently suspended, and mourned the loss of his 89m followers.

Let’s have a little more from the 45th president’s return to the limelight, five days on from his narrow acquittal in the Senate over his role in inciting the Capitol riot.

Capitol riot suspect sold footage to CNN and NBC for $70,000

A man suspected to be involved in the 6 January Capitol Hill riots sold the rights to a video of the chaos to CNN and NBC News for $35,000 (£25,300) each, writes Mayank Aggarwal.

John Sullivan, a videographer from Utah who shares videos through his “Insurgence USA” website, is being accused of participating in the Capitol riots even as he has maintained that he attends such demonstrations as a journalist.

A federal magistrate judge refused the prosecution’s plea to ban him from using social media platforms such as Twitter and Facebook but directed him to end his association with “Insurgence USA”, which according to the Justice Department glorifies violent protests, reported Politico.

Just for a change, you might say, Donald Trump has chosen to tell an old-fashioned truth about a political opponent, writes Sean O’Grady.

The former president says that his Republican “colleague” (loosely) Mitch McConnell is a “dour, sullen and unsmiling political hack”, which is about as near to scientific fact as politics gets. Of course, McConnell might well be a laugh-a-minute privately, a grinning fun-bunny back at home, a larger than life character who lights up a room every time he walks in; but in his monotonic public outings, not so much.

To be fair to the Senate Republican leader, he doesn’t really pretend to be anything other than a dour, sullen and unsmiling political hack. He has no designs on the White House, and he makes Mike Pence seem a magnetic personality. Senator McConnell, unlike ex-president Trump, is at home in his own rumpled skin.

Joe Biden and the Israeli prime minister Benjamin Netanyahu have finally had their first phone call since the former entered the White House, after a month with a conspicuous lack of official contact between the two leaders and allies, writes Josh Marcus.

Mr Netanyahu confirmed the call on Wednesday, and wrote on Twitter: “The conversation was very friendly and warm and lasted about an hour.”

The Israeli prime minister was Donald Trump’s third call after taking office in 2017, and the lack of a Biden call sooner had been interpreted by some analysts as signalling a chill in relations between the two nations, provoking criticism in both the US and Israel.

Texas senator Ted Cruz said he has “no defence” for his earlier tweets mocking a California power outage after the power grid failed in his own state, leaving millions of people in the dark following a deadly snowstorm.

In earlier tweets that resurfaced after the power cut in Texas, the Republican senator had taken a dig at Democrats over California’s power cuts last summer, alleging that it was a failure of the administration, writes Stuti Mishra.

Warnings have been issued across Texas to boil water for drinking as its levels went dangerously low and treatment plants faced issues due to power outages, adding to the misery of residents already reeling under multiple days of freezing temperatures, writes Shweta Sharma.

Nearly seven million Texans have been advised to boil water for drinking since Wednesday as the administration issued as many as 276 notices, said Toby Baker, head of Texas Commission on Environmental Quality.

“As of noon today, there were 332 local water systems reporting impacts in 110 counties across the state, 276 issued boil water notices,” said Mr Baker.

Donald Trump said he has seen ‘a lot of great polls out there’ when asked if he will run for president again in 2024, during his first round of interviews since exiting the White House last month, writes Graeme Massie.

The ex-president repeatedly refused to commit to running for the White House again but insisted, “only I could get impeached and my numbers go up.”

Mr Trump was speaking on the phone with Greg Kelly on Newsmax as part of a media blitz to commemorate right-wing radio host Rush Limbaugh, whose death from lung cancer was announced earlier in the day.